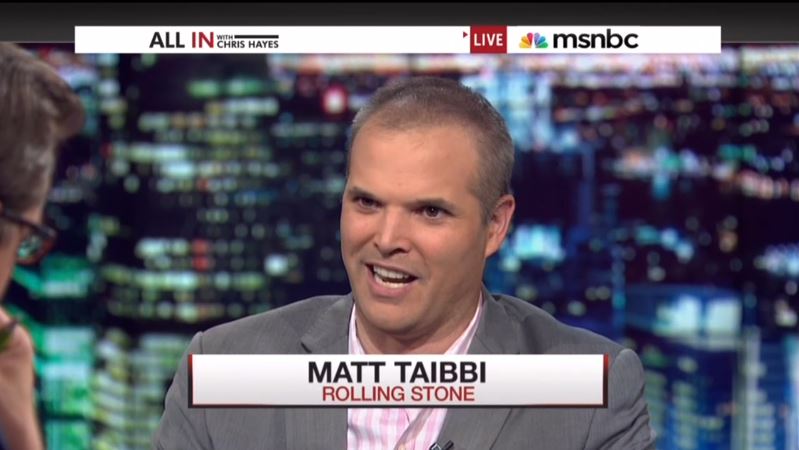 Even though Donald Trump is “dumb” and “racist,” he might constitute an upgrade in the Republican party’s leadership, suggests Rolling Stone’s Matt Taibbi. That’s because before Trump turned into the GOP’s presumptive presidential nominee, the public faces of the party were “mean, traitorous scum.”

Republicans, wrote Taibbi in the magazine’s June 2 issue, “dominated American political life for 50 years and were never anything but monsters…Their leaders, from Ralph Reed to Bill Frist to Tom DeLay to Rick Santorum to [Mitt] Romney and [Paul] Ryan, were an interminable assembly line of shrieking, witch-hunting celibates…the kind of people who thought Iran-Contra was nothing, but would grind the affairs of state to a halt over a blow job or Terri Schiavo's feeding tube.”

Taibbi opined that prior to movement conservatives’ takeover of the GOP, “the small-town American was Gary Cooper: tough, silent, upright and confident. The modern Republican Party changed that person into a haranguing neurotic who couldn't make it through a dinner without quizzing you about your politics. They destroyed the American character. No hell is hot enough for them. And when Trump came along, they rolled over like the weaklings they've always been.”

“After 9/11, it felt like the Republicans would reign in America for a thousand years,” reflected Taibbi, but now the pre-Trump GOP is “effectively dead as a modern political force.” Its central problem, he contended, was that it had become “little more than a collection plate for global business interests”:

…That sense of noblesse oblige disappeared somewhere during the past generation, when the newly global employer class cut regular working stiffs loose, forcing them to compete with billions of foreigners…who would eat toxic waste for five cents a day.

[Republicans] hired politicians and intellectuals to sell the peasants in places like America on why this was the natural order of things. Unfortunately, the only people fit for this kind of work were mean, traitorous scum.