Frank Rich: Jeb Never Had a Chance, As 41 and 43 Brought Those ‘Crazies’ and Gay-Bashers to the GOP 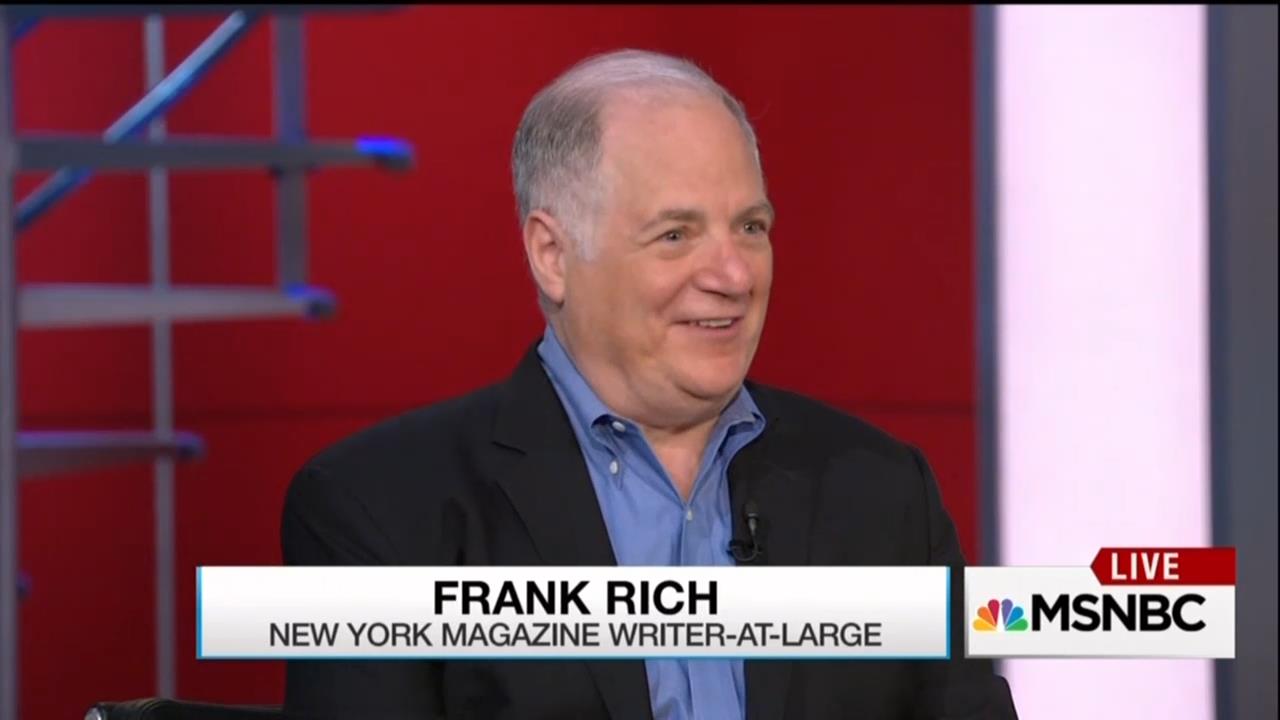 New York magazine’s Frank Rich saw Jeb Bush as the paper tiger of the Republican presidential field -- “saw” because Rich, in the wake of the CNBC debate, considers Bush’s run “finished.” In a Thursday post on the mag’s website, Rich, the former New York Times columnist and theater critic, contended that Jeb “was never a real candidate” given that he lacked the “three basic requirements for running for president: a cause or causes you vehemently want to advance, the proverbial fire in the belly, and an enthusiastic group of grassroots supporters who want to propel you to the White House.”

In addition, Rich mused, Jeb had problems traceable to the presidents Bush: not only Dubya’s war in Iraq and pre-9/11 “national-security failures” but also the supposedly unsavory, extreme-right types that 41 and 43 attracted to the GOP, thereby contributing to its ruin (bolding added):

What’s also remarkable is how little Jeb is aware of the changes in his own party. He has seemed perpetually surprised by the heathens in the GOP’s midst. He should not have been. His own father, with his race-baiting Willie Horton campaign against Michael Dukakis, helped invite in the crazies. His brother and Karl Rove gave sotto voce encouragement to the gay-bashing forces of the religious right, and looked the other way as Sarah Palin paved the way for Trump, Carson, and Cruz. Yet Jeb still clung to a belief that the old-school patrician ethos of his parents could run to his rescue in 2016. History will look back at him, if it looks at all, as a world-class fool and the last exhausted gasp of a GOP that no longer exists.