Trump: June 12 North Korea Summit Is On; NY Times Said It Was 'Impossible' a Week Ago

If the folks at the New York Times are capable of being embarrassed over their errors, the one President Donald Trump decisively exposed Friday would lead to a lot of red faces at the Old Gray Lady. Don't count on it.

The paper's original fake-news claim appeared in a May 25 story in the following paragraph:

This false contention might have survived scrutiny, except that then, as reported by Mollie Hemingway at TheFederalist.com:

Yashar Ali, who writes for New York magazine and HuffPo, then outed the name of someone who briefed reporters on background and provided audio that he erroneously claimed supported The New York Times’ characterization.

... at no time does the White House official say a June 12 meeting is “impossible,” and at no point does he agree that the “ship sailed” or that time has run out. He definitely says it would be difficult to prepare for the summit given the lack of time to do so.

But of course, difficult does not mean "impossible"; as such, it doesn't appear in a list of synonyms for "impossible."

Hemingway identified the real problem as follows: "The New York Times couldn't be trusted to accurately summarize what ... (a) White House official said."

Before the audio's release, Trump, accurately believing that no White House official could have made the "impossible" statement, tweeted that the Times should have used "REAL people, not phony sources." 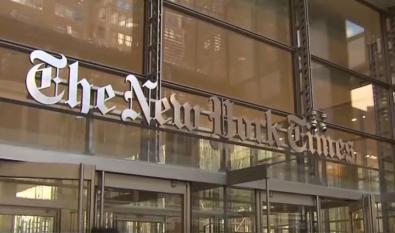 Trump was wrong in that the Times talked to a real person. But then the paper deliberately mischaracterized what he said and spread the lie to its readers, perhaps including North Korea's Kim Jong Un.

Some childish journalists hysterically reacted by trying to shift the ground, saying that Trump's error in contending that the falsely reported conversation didn't happen was more serious than the Old Gray Lady's obviously fake news, i.e, that Trump was still the at-fault guy in this saga.

Even worse, some journalists, including Yashar Ali, as seen above, falsely insisted, even with audio evidence, that the Times story was correct. Descending into utter madness, a Newsweek writer even claimed that the Times "quoted" Pottinger. It didn't. Pottinger never uttered the word "impossible."

Other media members, including the Twitter-run "Twitter Moments," savored the idea that Trump must have offended Pottinger by claiming that he "doesn't exist." As Hemingway observed, it's more likely that he was "angry that The New York Times claimed he said something he didn’t say" — especially because the Times, a week later and even after Trump's Friday announcement that the June 12 meeting is on, has not issued a correction, and likely never will.

Here's the real lesson in all of this, via John Hinderaker at Powerline earlier this week:

This is a case study in the genesis and propagation of fake news. It supports the view that we should never believe anything that comes from the New York Times, if it is attributed (i.e., was originally attributed, and still is, even after the source became known) to an unidentified source. Reporters cannot be trusted.