On Tuesday morning, UK and many international media outlets finally began reporting on the Friday arrest and imprisonment in England of anti-immigration activist and journalist Tommy Robinson.

The delay of over three days in covering the story was due to out-of-control statism combined with journalistic cowardice.

On Friday, the judge in the trial of a child "grooming" gang in Leeds issued a ban on "any report of these proceedings." The judge's justification, i.e., excuse, was to avoid "a substantial risk of prejudice to the administration of justice." The judge even extended his order to include any reporting on Robinson's arrest and sentencing.

After initially reporting Robinson's arrest for broadcasting a livestream using his phone outside of the proceedings, UK and international outlets with UK bureaus took down their hours-old stories, apparently fearing that merely mentioning Robinson's name, or even the existence of the judge's order, in any report posted anywhere in the world would expose them to legal jeopardy.

In the U.S., Matt Drudge did not feel similarly constrained:

Robinson "was arrested, charged and sentenced within five hours." On Tuesday, the judge lifted the press gag relating to "Robinson's arrest and sentencing hearing."

On Monday, Mark Steyn posted on Robinson (whose real name is Stephen Yaxley-Lennon) and the trial's subject:

... "grooming" (is) the useless euphemism for industrial-scale child gang rape and sex slavery by large numbers of Muslim men with the active connivance ... of every organ of the state: social workers, police, politicians. Oh, and also the media.

You can say a lot of things about Tommy Robinson, but he's one of the embarrassingly small number of Britons who recognizes the horror inflicted on those young and vulnerable girls on the receiving end of "diversity" and seeks to do something about it. 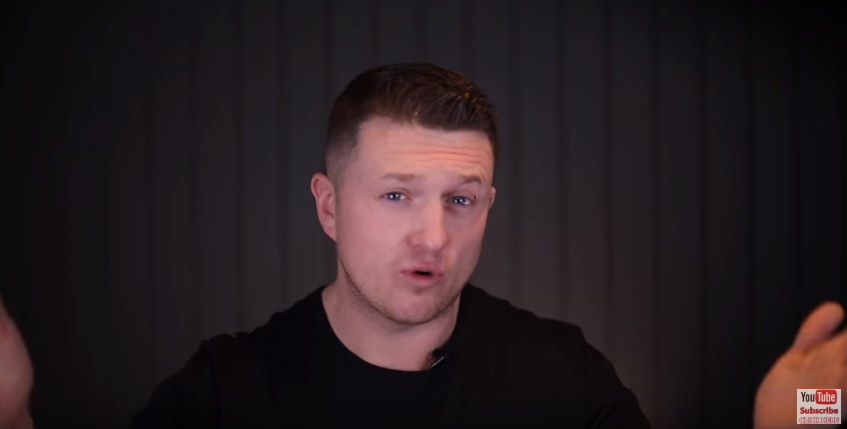 With the ban on covering the Robinson story lifted, international outlets like the Associated Press have published stories (though, based on a search on Robinson's name at  5 p.m. Eastern Time Tuesday, Reuters had not), thereby effectively admitting that Robinson's arrest is news, and that they allowed the Leeds judge to gag them with little or no public objection.

This is not how a genuinely free and "truth to power" press operates, and they know it — but apparently don't care. It's also hard to imagine that they would have been similarly silent if a leftist had received similar treatment.

Establishment press outlets finally covering the story are almost uniformly characterizing Robinson as "far-right" while denying or ignoring the obvious, namely that the press cooperated in a three-day cover-up.

In using the "far-right" term, they are trying to tell their readers, especially in the context of the widely acknowledged "active connivance" Steyn described, that only people whose political views deserve to be publicly shunned care about "industrial-scale child gang rape and sex slavery." That would appear to make everyone else an enabler.