UPDATE AND CORRECTION, MAY 2: The post has been revised and corrected to reflect an April 25 AP report which indicated that Alder Hey Hospital did not feed Alfie Evans for 36 hours.

The Associated Press's Saturday coverage of 23 month-old Alfie Evans' death at a UK hospital worked almost as mightily to cover up ugly actions and statements made by the UK courts, medical professionals, and even law enforcement as the parties just mentioned worked to ensure that the boy would die.

Doctors didn't just "remove his ventilator." When it was clear that Alfie would live far longer than the mere hours predicted, medical personnel at Alder Hey Hospital chose to starve him for 36 hours before finally giving him food again. 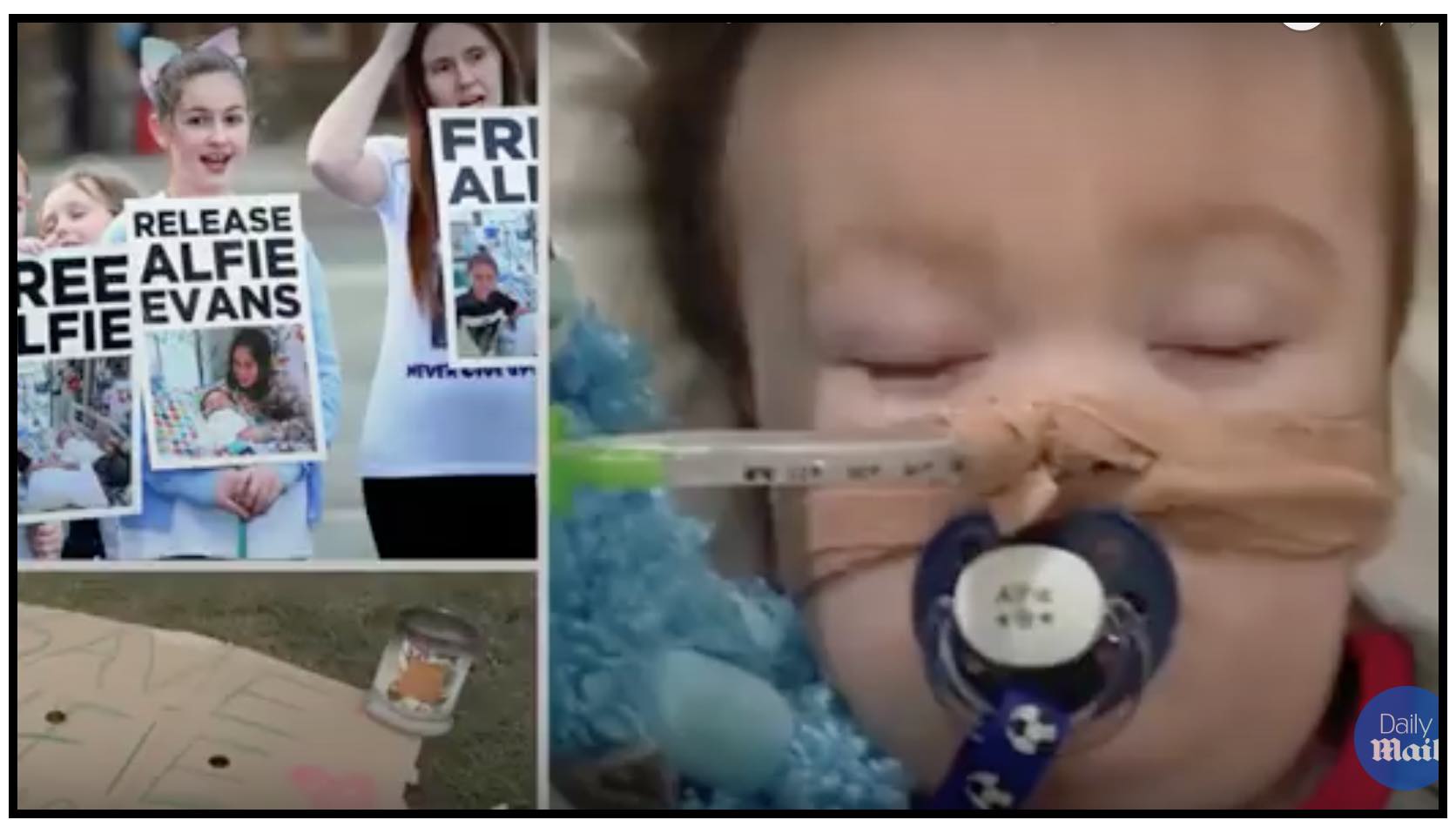 ... He was taken off ventilation, but continued, surprising the doctors, to breathe. He has also been deprived of water and food. ...

... There are end-of-life cases that raise genuinely complicated issues ...

... This is not one of those cases. There is no allegation that providing the baby with nutrition and hydration, or treatment generally, will cause him suffering — or that extending his life will prolong his suffering, since there is no indication that he has been suffering.

The AP promoted the UK's Orwellian pretense about its decision-making process:

Translation: Alder Hey Hospital guaranteed that Alfie would eventually die by invoking his "rights," all the while denying him his fundamental right to life.

The AP also failed to report at least the following offensive statements made by those determined to ensure that Alfie Evans would die.

"Withdrawing life support is not killing someone. It is redirecting care to make them more comfortable and give them the most dignifying life that you can."

The main judge hearing the Alfie Evans case was extraordinarily rude to the boy's legal team:

“I don’t need to be reminded we have a human being. You do not have the moral high ground in this court."

Steven Ertelt at LifeNews.com wrote Wednesday that "(Judge) Hayden almost seemed to delight in telling everyone in his court room that some doctors essentially think Alfie has no brain left."

Meanwhile, the area's police force took to Facebook and Twitter to warn that "social media posts ... in relation to Alder Hey and the Alfie Evans situation are being monitored and may be acted upon."

In failing throughout the Alfie Evans human-rights debacle to note the damning background items described in this post, the AP has come off as more interested in defending the NHS than in informing its readers.

That seem especially clear when one learns that the AP reporters involved still found space to cast Alfie's supporters in a negative light: