'Not Forthcoming': AP, NBC Won't Admit That Fired McCabe Was Found to Have Lied

In the wake of Attorney General Jeff Sessions' Friday firing of Deputy FBI Director Andrew McCabe, two Associated Press dispatches and an NBC news story wouldn't directly admit that his dismissal was largely based on a finding that he lied to internal investigators.

A pre-firing Wall Street Journal editorial had no problem using the word.

The AP's cop-out term was "not forthcoming." An unbylined 10:30 p.m. ET Friday report used it once:

The move, which had been expected, was made on the recommendation of FBI disciplinary officials. It comes ahead of an inspector general report expected to conclude that McCabe was not forthcoming with the watchdog office as it reviewed the bureau's handling of the Hillary Clinton email investigation.

... The Friday dismissal was made on the recommendation of FBI disciplinary officials and comes ahead of an inspector general report expected to conclude that McCabe ... had not been forthcoming with the watchdog office as it examined the bureau's handling of the Hillary Clinton email investigation.

... The watchdog office has concluded that McCabe authorized FBI officials to speak to a Wall Street Journal reporter for that story and that he had not been forthcoming with investigators, which McCabe denies. 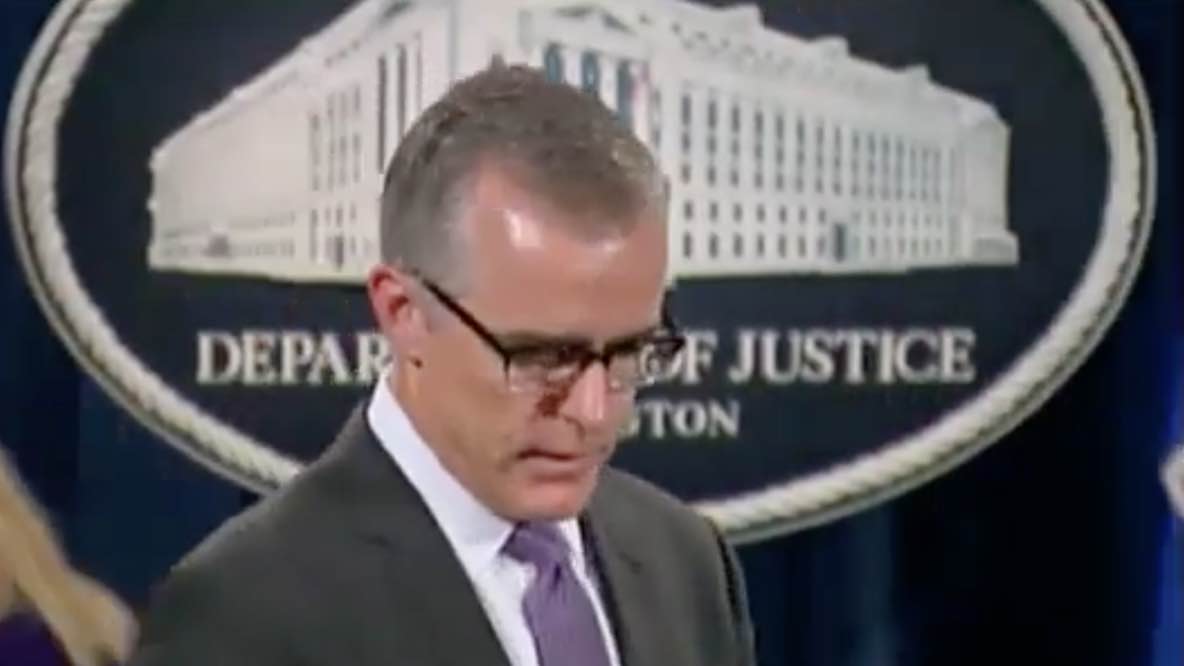 Both AP items refer to McCabe as a "target of President Donald Trump's anger." But McCabe was vulnerable because of an internal FBI investigation unrelated to Trump concerning matters pre-dating his presidency.

Sticking with the media-wide Trump obsession, the subheadline at Friday's NBC News report by Pete Williams was: "Trump had repeatedly attacked the veteran FBI official."

Concerning the FBI's conduct allegations, Williams, unlike AP, at least supplied a relevant quote from Sessions' statement relating to candor:

Sessions said in a statement at about 10 p.m. ET Friday night ... "Both the OIG and FBI OPR reports concluded that Mr. McCabe had made an unauthorized disclosure to the news media and lacked candor — including under oath — on multiple occasions."

Discerning readers can at least figure out from the "under oath" reference that McCabe was found to have lied — something one cannot say about AP's reports.

A Thursday Wall Street Journal editorial had no problem describing McCabe as having lied in a matter involving that newspaper:

The recommendation to fire Mr. McCabe isn’t coming from Donald Trump or Russian bots. It comes from the FBI’s Office of Professional Responsibility. News reports say it is based on a finding from the Justice Department’s Inspector General that Mr. McCabe authorized the disclosure of sensitive information to a Wall Street Journal reporter about the investigation into the Clinton Foundation—and then lied about it to IG investigators.

... Imagine how Mr. McCabe would treat an American citizen who lied to the FBI.

We don't have to "imagine" how the FBI handles these things. All we have to do is remember Martha Stewart, who went to prison, and Michael Flynn. Both were prosecuted solely for lying to the FBI.