There's a war on plastic straws. Its proponents demand that restaurants not offer them unless asked, with criminal penalties for violations. Some jurisdictions have enacted outright bans. The basis for the movement is research done in 2011 by Milo Cress, then 9 years old. Seriously. 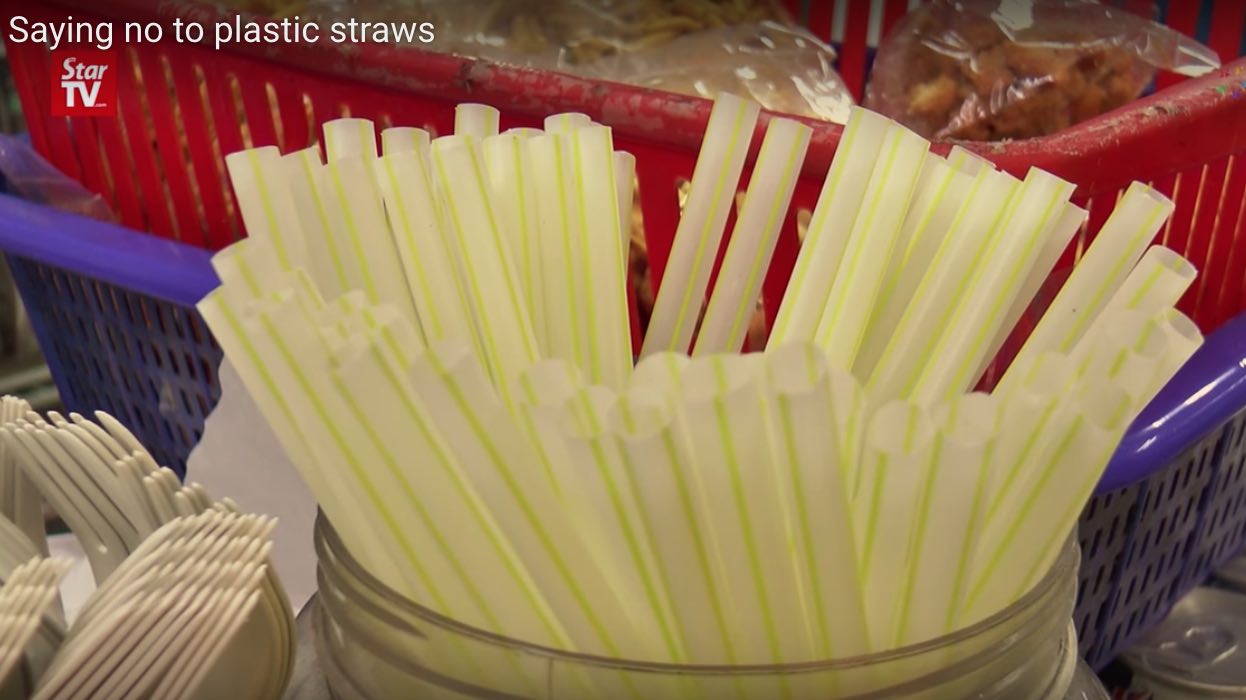 Cress says Americans use 500 million plastic straws a day. Though there is no proof beyond the work he did seven years ago, a Friday Reason.com post by Christian Britschgi identified 15 major media outlets treating this statistic as fact. The Associated Press makes it 16.

Assuming Cress is right — So what?

Supposedly, a high percentage of straws, a category which includes coffee stirrers (!), are polluting waterways and coastlines.

Focusing first on the number of straws, the related spreadsheet at the Commission's Cleanup Day website (partial PDF is here) indicates that straw collections have averaged 29,000 per year. The 2015-2016 average was about 18,000, roughly 40 percent lower than the previous 27 years' average.

Using the 29-year average average and extrapolating it to the coastline of the lower 48 U.S. states, we see that the number of new polluting straws which could be collected from lower-48 coasts per year is an estimated 1 of every 363,763 straws used:

That's only one element of the overhyped straw pollution problem.

The spreadsheet treats all debris equally for statistical purposes. To arrive at the above 4.1 percent figure, plastic straws and stirrers are treated the same as, among other things: 55-gallon drums, appliances, crates, pallets, tires, cars and car parts, fireworks, and a host of items still much larger or far more environmentally problematic than straws, e.g., beverage bottles, beverage cans, batteries, and syringes.

It's obvious that by volume, straws and stirrers represent an infinitesimal component of the coastal pollution problem.

But as Britschgi noted Thursday, virtue-signaling nanny-staters have seen an opening — and they're not stopping at straws:

Under (California Democratic House Majority Leader Ian) Calderon's law, a waiter who serves a drink with an unrequested straw in it would face up to 6 months in jail and a fine of up to $1,000.

The California cities of San Luis Obispo and Davis both passed straws-on-request laws last year, and Manhattan Beach maintains a prohibition on all disposable plastics. And up in Seattle, food service businesses won't be allowed to offer plastic straws or utensils as of July.

In an update, Britschgi noted that Calderon "intend(s) ... to remove the fines."

Since jail apparently remains a possibility, David French at National Review asks: "Does California want to jail waiters to halt a crisis created by the environmental research of a 9-year-old?"

It sure looks that way.