Washington's Democratic Governor Jay Inslee has the Associated Press running that kind of interference for his carbon tax.

Inslee went apocalyptic early last week in describing the urgency of having the state's legislature pass the tax by the session's end on March 8 (bolds are mine throughout this post):

... Inslee went on a lengthy Twitter rant in efforts to convince the state legislature to pass legislation to tax carbon dioxide emissions. Washington residents voted down Inslee’s last carbon tax plan by a wide margin in 2016.

Inslee apparently ran out of characters to add, "and the will of the state's ignorant voters be damned."

In a Wednesday dispatch, Phuong Le at AP helped Inslee as vaguely and thus deceptively described the nature of Inslee's proposed tax:

Inslee has proposed a new tax of $20 per metric ton of carbon emissions that would start in 2019 and increase over time. Money raised pay for projects to reduce greenhouse gas emissions, manage stormwater and reduce wildfire risks. Some money would offset taxes to energy-intensive businesses and help low-income families.

Le's mushy description of how the new tax would "increase over time" inadequately communicated its true nature.

The AP reporter also waited 19 paragraphs to identify the financial impact of the tax on everyday residents. Last week, Don Jenkins at the Capital Press practiced genuine journalism by leading off with those details, while introducing a new term to the lexicon of taxation in describing Governor's plan: 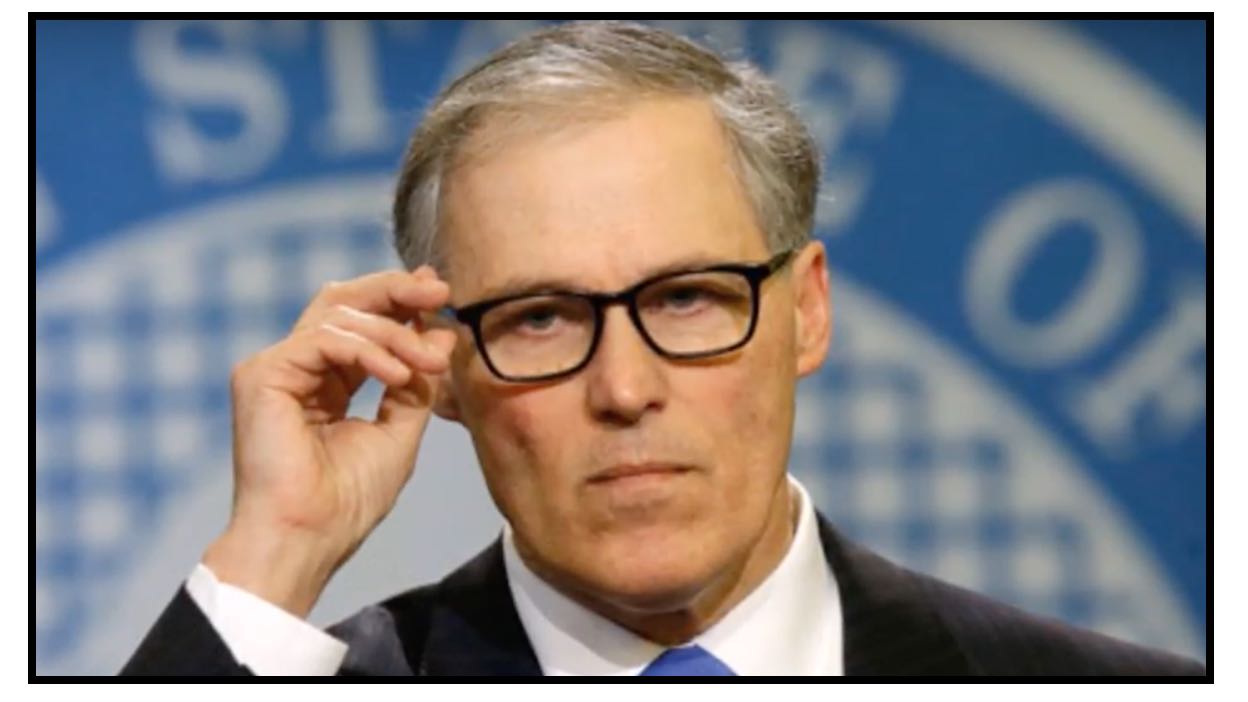 Washington Gov. Jay Inslee proposed a tax on fossil fuels Tuesday that his administration estimates would initially raise gasoline prices by 18 cents a gallon, with annual increases to follow.

The cost of electricity would go up by about 5 percent and natural gas by roughly 10 percent, according to Inslee advisers. Administration officials say they hope that motorists, households and businesses will respond to rising energy prices by burning less fossil fuel.

It's unrealistic to expect more than a small minority of households to cut their fossil fuel usage sufficiently to make up for those sharp cost increases.

Additionally, as seen in above, Inslee's just getting started, Here is the detail:

Inslee proposed a $20-per-ton tax on greenhouse gases emitted by energy generators and transportation fuel suppliers. The tax would increase, indefinitely, by 3.5 percent plus inflation each year. The administration estimates the tax would generate $1.5 billion in the first two years.

Inslee's carbon tax breaks new ground. Its scheduled increases above inflation are deliberate from the get-go. In 20 years, that $20-per-ton tax would be almost $40 in real terms ($64 in nominal terms if inflation is just 2.5 percent during that time). Barring legislative intervention, it would never stop. This "ever-increasing tax" would have disastrous long-term effects on consumers.

Then there's the impact on business and industry, assuming Washington still wants to have any. The pulp and paper industry, a major component of the state's economy, pays its predominantly unionized workers an average of about $70,000 per year. The carbon tax, if passed, would appear to be the industry's death sentence in the state.