CNN's insufferably self-important Jim Acosta made the news all about himself once again on Tuesday. This time, as reported by Randy Hall at NewsBusters, following in the footsteps of ABC's detestable Sam Donaldson during the Reagan administration, Acosta, despite being warned not to, interrupted a bill-signing ceremony to shout out a question at President Donald Trump.

Acosta's press cohorts clearly aren't objecting to his conduct, which is in sharp contrast to how they treated a reporter for a center-right outlet in 2012 when Democrat Barack Obama was in the Oval Office.

As I noted in June 2012 (links are in original; bolds are mine throughout this post):

You'd think from the reaction to Daily Caller White House Correspondent Neal Munro's shouted question during President Obama's announcement of de facto amnesty for 30-and-under illegal aliens at the Rose Garden yesterday that it's the first time any reporter has ever shouted a question at a U.S. president out of turn. Friday afternoon, the Daily Caller, Munro's employer, carried his explanation of the incident, as well as sturdy defenses from Editor-in-Chief Tucker Carlson and Publisher Neil Patel.

Munro made it clear in his explanation (italics are mine) that he "timed the question believing the president was closing his remarks" (mistakenly, it turned out), based on seeing that Obama appeared to begin to walk away "while I and at least one other reporter asked questions.”

By the way, the question related to what has become known as DACA (Deferred Action for Childhood Arrivals), and Munro's question to Obama — "Is it the right thing to do for American workers?" — still resonates.

After the incident, the rest of the press treated Munro's affront as the equivalent of the Crime of the Century. Many reflexively accused him of racism (because every criticism of the wonderful, marvelous Democratic president could only be based on race, not on legitimate disagreement), and wanted to see the Daily Caller's White House press credentials taken away.

Now that there's a Republican in the White House, especially one who is as completely despised by the establishment press as Donald Trump is, it's once again open season for shouting out questions at the President, regardless of the nature of the event, with Jim Acosta leading the pack.

Though Jim Acosta's attitude and temperament during the Trump presidency have been far worse than Donaldson's during the Reagan era (more on that shortly), he hasn't yet reached the ABC reporter's depths of Reagan-era inappropriateness described by Rush Limbaugh in the wake of the Munro incident five years ago:

Ronaldus Magnus is at a White House press conference. At the end, First Lady Nancy Reagan rolled in a birthday cake for the President.

During this, a birthday cake being rolled in, Sam Donaldson got up and started shouting.

SAM DONALDSON: Anything you want him to do differently?

DONALDSON: Well maybe this would be a good time for you to tell him whether you think he should run again.

NANCY REAGAN: How would you like a piece of cake, Sam?

(back into the studio)

LIMBAUGH: You note the class and character of Nancy Reagan turning it, making it into a joke. "Do you want a piece of cake, Sam?"

But, I remember back in these (times) — everybody (didn't say) "What disrespect! How could there be such disrespect for the President?"

Oh, no. Donaldson was lauded. He was a hero.

I also noted in 2012 that reporters during the Reagan era got so belligerent that they shouted questions at Reagan at inappropriate times like a pack of wolves. It was a practice that was so off-putting to much of the public that the Associated Press's Christopher Connell tried to address the matter in a 1987 analysis ("Why Do Grown Men And Women Shout At President Reagan?"). Naturally, the AP reporter decided that "the blame rests with Reagan and his aides, who have sharply curtailed opportunities for the press corps to engage the president under more civil circumstances." 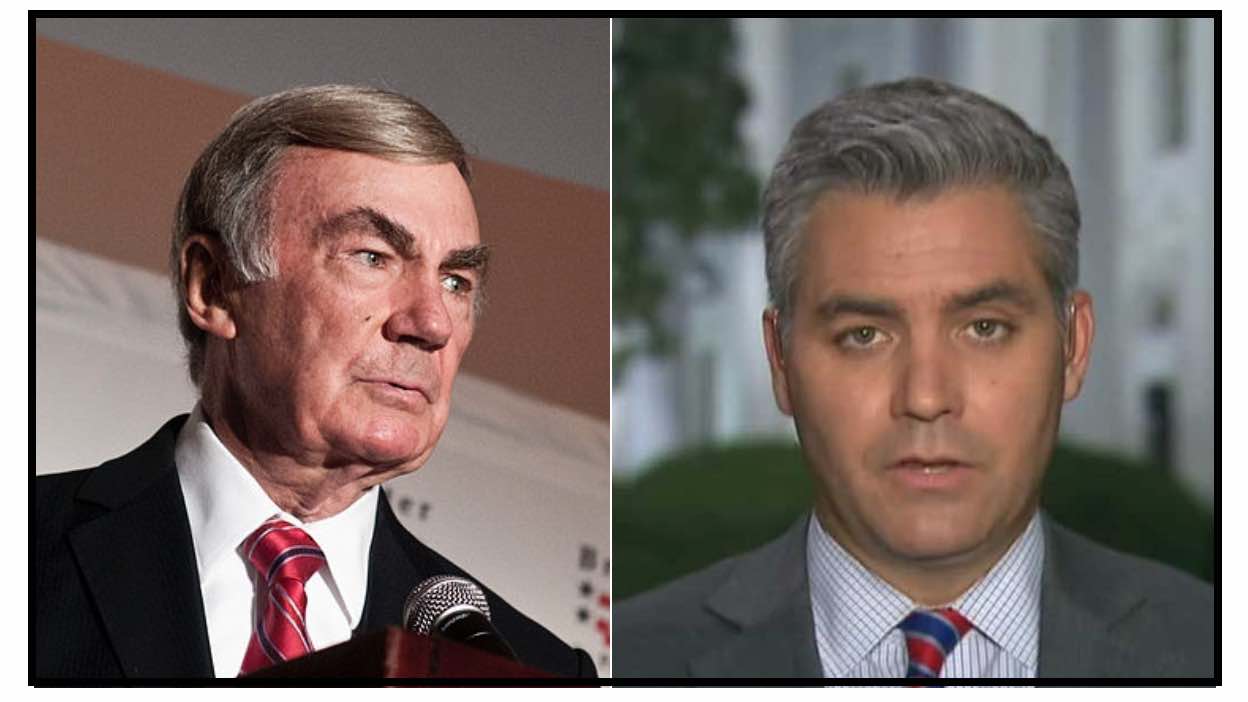 Donaldson, for all of his considerable faults, didn't constantly interrupt or badger White House press secretaries or Reagan himself three, four, or five times if his question wasn't answered to his satisfaction, so the CNN's Acosta is in that sense unfortunately breaking new ground. That said, one has to wonder how Donaldson would have conducted himself 30-plus years ago if he would have had Twitter at the ready, and fawning colleagues at the cable news channels available to grant him laudatory interviews after every presidential challenge.

Especially given the proliferation of news outlets, it was especially appropriate that Trump Press Secretary Sarah Sanders reminded Jim Acosta that attending White House press briefings and presidential events is a privilege, and that there are plenty of other perfectly qualified reporters at other outlets who would be glad to take his place if he continues to serially refuse to meet minimal standards of decorum.