The Associated Press has suddenly discovered that homelessness is a serious problem in the nation's three West Coast states of California, Oregon, and Washington, and that the problem merits national attention.

How convenient — and how tardy.

The running joke since the press decided to try to pin homelessness on Ronald Reagan in the 1980s has been:

Question: How do you make the homeless problem disappear?

Answer: Put a Democrat in the White House.

Giving credence to that joke, the AP has spent most of the past nine years ignoring homelessness, generating precious few if any nationally visible stories.

The AP's best but still quite weak defense for its past neglect would be that official statistics prepared by the federal government's Department of Housing and Urban Development claim that overall homelessness dropped nationwide (Page 8 at link) from 640,000 in 2008 to 550,000 in 2016, and that the figure declined in every year except 2010, which showed only a slight increase.

That may be, but based on a review of related NewsBusters posts during the Obama era, links to other sites contained in those posts, and other news reports seen in 2016 and early 2017, that reported decline is difficult to square with information found elsewhere: 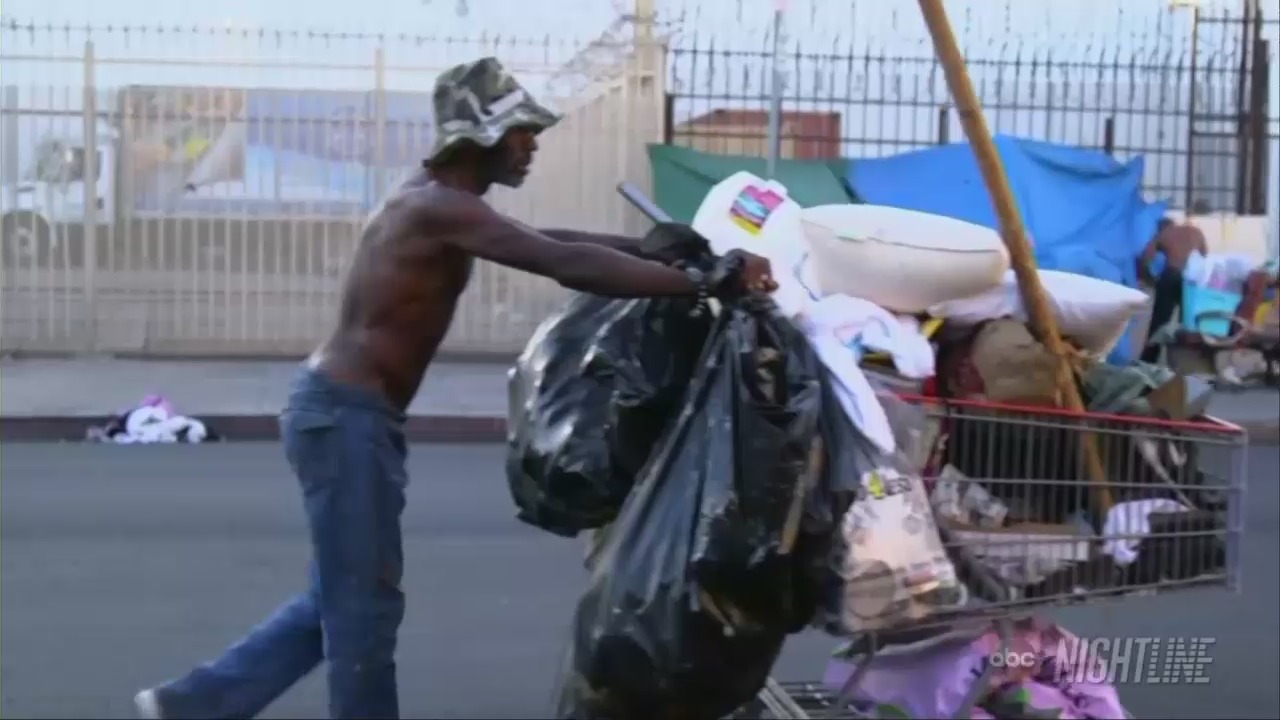 Even if one concedes the possibility that there has been a gradual nationwide decline, the explosion of homelessness in West Coast locales should have earned sustained national attention several years ago:

Even if the national declines HUD claims have taken place are real, it's clear from the items just chronicled that the homeless situation on the West Coast has been in crisis or near-crisis for several years; in fact, many of the areas just cited have been in officially declared states of emergency for several years. But the AP and other national establishment press outlets have virtually ignored it.

Only now is the wire service paying attention, reporting that a "crisis of unprecedented proportions is rocking the West Coast." Here are some of the statistics contained in its first detailed report Sunday by Gillian Flaccus and Geoff Mulvihill:

Here are a few pertinent things the AP hasn't mentioned, and which one expects it never will:

At its APNews.com website, the wire service has set up a tag for the "Homeless Crisis" — no doubt, just in time to batter Donald Trump for anything which happens from this point forward.