In a Thursday evening dispatch, Erica Werner and Alan Fram at the Associated Press, in a virtual editorial disguised as a news report, claimed that a key element of the Republican health care currently being considered in Congress is "letting insurers sell low-cost, skimpy policies."

What an insult to our intelligence. What's really "skimpy," even though the left won't acknowledge it, is the current regime known as ObamaCare.

Here is the related text from the AP story:

There are at least four absurd aspects of the wire service's insulting "skimpy" characterization. It takes a lot of nerve to presumptively trash any alternative to the healthcare system ObamaCare has created, given that it virtually defines "skimpy." 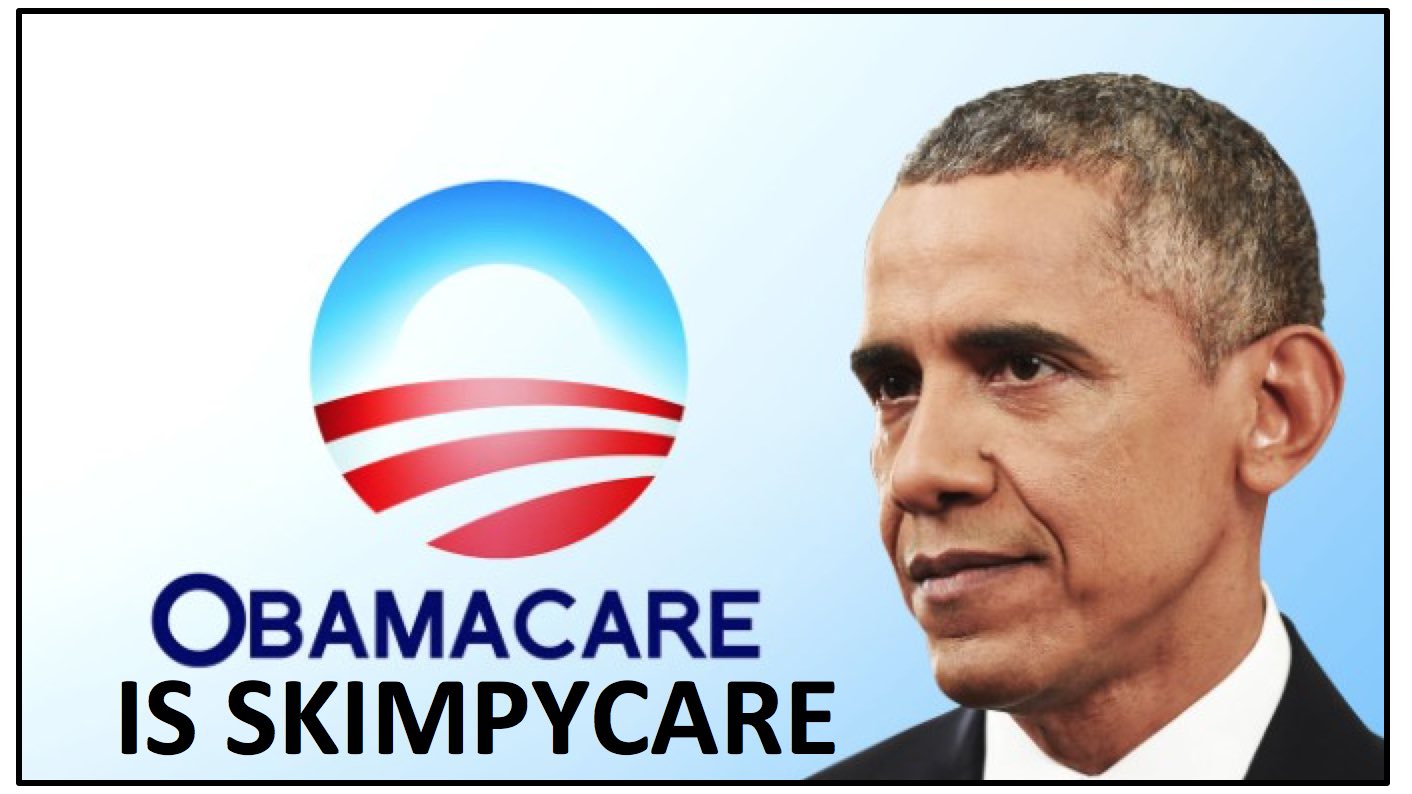 First, the number of insurance carriers and policies available to ObamaCare customers is certainly quite skimpy for millions of Americans. Having just one ObamaCare carrier available in a given county is as skimpy as it can get and still exist. That's the case in one-third of U.S. counties this year — and that was known before last November's election.

The second point is that most ObamaCare policies which are available are quite skimpy in having absurdly high deductibles which no one, especially Democrats, would have considered acceptable in the pre-ObamaCare era. When one combines that fact with Obamacare's age-based premiums, the financial costs of being insured are prohibitive for millions of Americans.

In most cases, couples with incomes at or even quite a bit above this threshold cannot possibly afford this. So they're already choosing a completely "skimpy" alternative, i.e., not purchasing coverage. Those with significant medical needs or exposures who simply must have coverage are more often than not either running up their credit cards, mortgaging their homes, or even selling their homes just to pay the premiums.

Third, in the world of the AP and the left, "skimpy" is apparently anything less than ObamaCare's mandatory list of items which must be covered. This is simply ridiculous. ObamaCare's list of required coverage includes pregnancy and contraception regardless of age. No one in their right mind would consider a plan which happened not to have coverage for pregnancy or contraception for a 60-year-old woman to be "skimpy."

Fourth but not least, most who are objecting to AP's "skimpy" characterization are making the key point that allowing plans with less than absolutely comprehensive coverage returns an important element to the healthcare marketplace which ObamaCare has largely eliminated: choice. Here are a few tweets to that effect:

One can say far more credibly say about most ObamaCare plans what cynics unfairly used to say about those supposedly inadequate individual plans with exclusions: It's okay as long as you never have to use it. But ObamaCare is far more expensive that those supposedly inadequate individual plans ever were, and the prospect of accessing reimbursable benefits is far more remote.

For over eight years now, press coverage of the Affordable Care Act has rarely involved rational explanations of what it really does and doesn't do. Instead, it has almost entirely been about claiming that people will be or have been "getting covered," even when the so-called "coverage" is in reality so skimpy that millions have either sent tens of thousands of premium and out-of-pocket dollars down the drain or have decided to opt out entirely.

Werner's and Fram's false framing of their story continues that horrible tradition.