The establishment press, even as it works to censor known but inconvenient facts and shout down or constantly interrupt guests who attempt to present them, continually lectures new media, particularly center-right media, about the need for evidence before reporting or even discussing anything in print or on the air.

There's hardly a better illustration of what a hypocritical stance this is than Lawrence O'Donnell's wild theory, recklessly speculated on Rachel Maddow's MSNBC show on Friday, that Vladimir Putin "might have orchestrated what happened in Syria this week" to benefit "his friend in the White House," Donald Trump.

The show's Pete Hegseth started out by pointing out that even the Saturday New York Times is acknowledging the strain Trump's move puts on U.S.-Russian relations, but that reality, which the Times had already recognized in earlier reports during the day, didn't stop O'Donnell from clinging to his Russia-and-Trump-in-cahoots narrative:

Transcript (HT Gateway Pundit; New York Times link added by me; bolds are mine throughout this post):

PETE HEGSETH, FOX NEWS: Even the failing New York Times this morning acknowledging that by striking Syria, it strikes a "significant blow" to U.S. ties to Vladimir Putin.

So we're not working for Vladimir Putin's interest in this action. We're going against his interest.

But it doesn't stop commentators on other networks from pontificating that maybe this is a conspiracy with Vladimir Putin. Take a listen.

LAWRENCE O'DONNELL, MSNBC: Wouldn't it be nice if it was just completely, totally, absolutely impossible to suspect that Vladimir Putin orchestrated what happened in Syria this week, so that his friend in the White House could have a big night, with missiles and all of the praise he has picked up over the last 24 hours?

Wouldn't it be so nice if you couldn't even in your wildest dreams imagine a scenario like that?

But I don't think it's a zero percent chance, and it used to be with every other President besides Donald Trump.

ABBY HUNTSMAN, FOX NEWS: Even Rachel Maddow's face at that moment was like, "I don't know about this one."

O'Donnell, as he speculated on the non-zero percentage chance that he might be right, presented no evidence and cited no sources, not even ones conveniently cloaked in anonymity — except that, only because Donald Trump is President, there should be an allowance for that possibility. Yet his wild theory had no problem getting aired on MSNBC.

Meanwhile, back in the real world, from the UK Mirror:

Russia’s Prime Minister Dimitry Medvedev claimed the US missile strike was illegal and warned Mr Trump had been “one step away from military clashes with Russia”.

But the US president insisted it was time the Assad regime was reined in from its barbarous attacks on innocent Syrians.

Tuesday’s gas strike at the city of Khan Sheikhoun killed 86 ­civilians, including 30 children and 20 women. 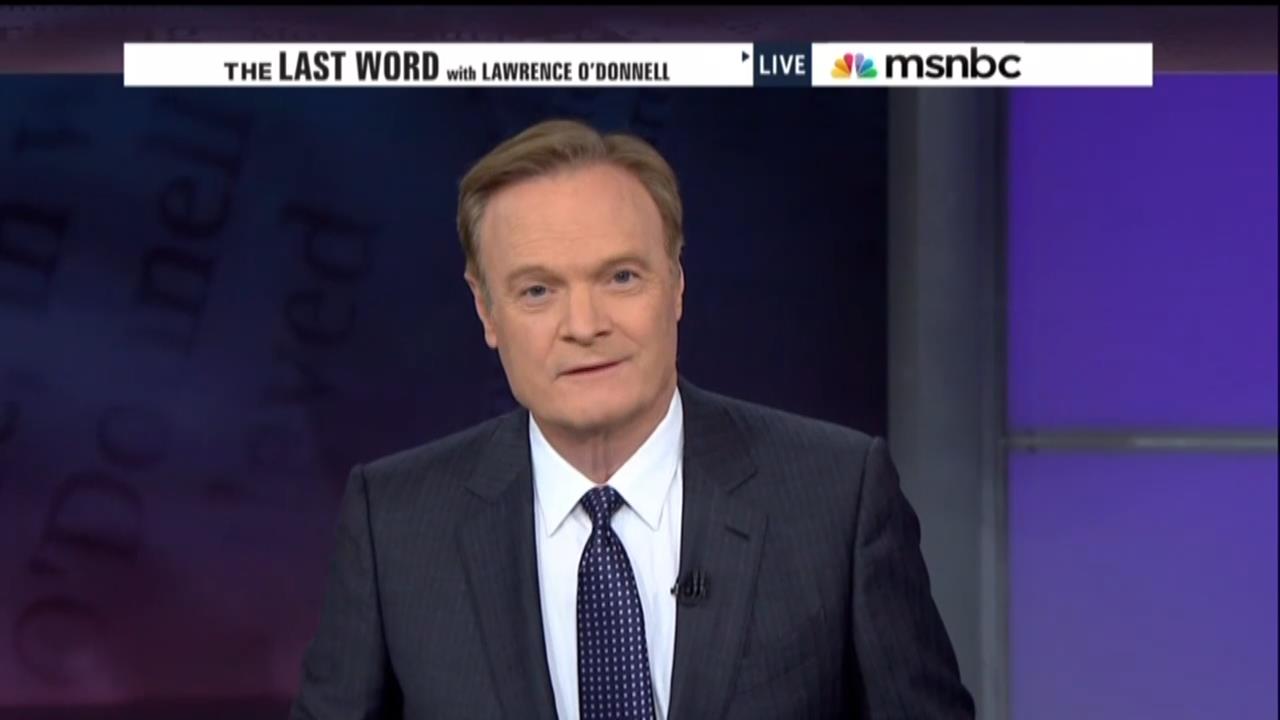 Although Russia did not deploy its air defense system in Syria against the American missiles, it flexed its military muscles after the attack. Moscow said it would bolster Syria’s air defenses, and the Russian news agency Tass reported that a frigate would enter the Mediterranean Sea on Friday and visit the logistics base at Tartus, a Syrian port.

The Russian military said it would shut down a hotline established to prevent accidental clashes in the skies over Syria. While the two sides used the channel earlier on Friday, Russian officials said it would be cut off at the end of the day. The United States and Russia have other ways to track each other’s aircraft and avoid collisions, but American officials considered the hotline an important vehicle to ensure safety, as well as a valuable political connection.

Even as Moscow protested, American officials pointed fingers back, faulting the Kremlin for not enforcing a 2013 agreement it brokered with Syria to eliminate its chemical weapons.

I suppose, if asked, O'Donnell might contend that ten Times reporters (three primarily involved, plus seven contributors) might all conceivably be in on this conspiracy of silence.

It would be nice if an establishment press which permits wild, unsubstantiated speculation like O'Donnell's on the air would stop lecturing New Media about proper journalistic practices. It won't happen.