This post goes straight into the "Just When You Didn't Think They Could Sink Any Lower (But They Always Manage)" file. At Slate.com on Thursday, staff writer Isaac Chotiner took the occasion of Alan Colmes's death only hours earlier to criticize him as a "buffoon and patsy," and as "Fox News’ Original Liberal Weakling."

Isaac Chotiner's professional life thus far consists of eight-plus years at The New Republic and a little over a year at Slate. In his fevered mind, these lightweight credentials make him expertly suited to tear into a man's multi-faceted 45-year professional career hours after he died.

Based on his recent tired offerings, Chotiner should first consider working on his own craft and coming up with something at least resembling an original thought before dancing on someone else's corpse. Really, Isaac, your February 10 column (covered by Clay Waters at NewsBusters) — "Too Close For Comfort: How much do the early days of the Trump administration look like the Third Reich?" — is only the umpteenth journey into the left's Trump-Is-Hitler fantasy.

A second suggestion: Don't be so darned sure of your assumptions about the world, and the American electorate. On October 8, Chotiner told readers that "Donald Trump Could Have Been President: Let's not forget what a terrifying thing we almost did." Oops.

Apparently, bitterness about the fact that the most corrupt presidential candidate in U.S. history didn't win the presidency has caused Chotiner to abandon any lingering sense of human decency. Here is as much as readers will be able to stand from his February 23 column (link is to a Google cache file, in the hope that Slate gets no credit for the clickthrough traffic; bolds are mine): 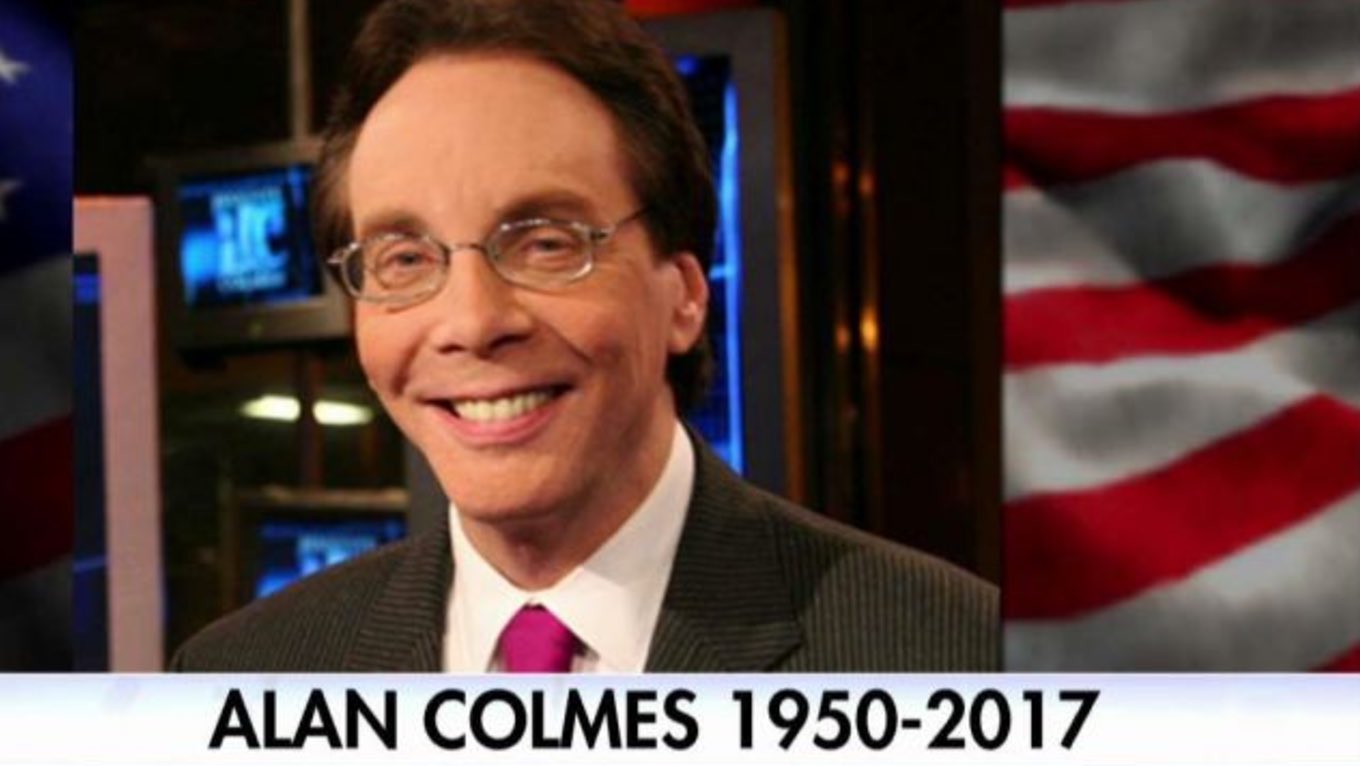 ... Colmes, it seems, was a nice guy, a good friend, and an ideal colleague: all qualities one would imagine people who have had to spend their lives around the likes of Roger Ailes and Bill O’Reilly would welcome. And while one should usually view tributes to the recently departed with a forgiving cynicism, in this case they are all too believable: Colmes was the most absurd, useless, and mocked television personality in America for many years, precisely because he was nice. In the context of Fox News, being a nice guy—and a “liberal” nice guy at that—meant being a buffoon, and a patsy. Colmes not only played the part to perfection—he defined it.

Colmes had a radio career, but he will almost surely be remembered for his job co-hosting Hannity & Colmes, the dreadful, morally bankrupt, Foxified version of Crossfire that ran for a dozen years and birthed the even more dreadful and morally bankrupt Hannity.

... Colmes made liberals look dumb in a way no other Fox show could manage.

... while Colmes may not have been a genius, he wasn’t a complete moron either; in short, he was smart enough to know he was being used, and to take the money that his services demanded. If this is something less than morally reprehensible, it is still pretty gross. We can mourn that Alan Colmes won’t be around to watch the political era he, as an important cog in the Fox News machine, helped usher in; unfortunately, the rest of us have no choice.

Chotiner is passively-aggressively claiming that Donald Trump's presence in the Oval Office is partly the fault of the money-grubbing Alan Colmes.

I would suggest that the legion of smug, condescending journalists inside the establishment bubble who worshipped at the feet of Barack Obama for eight years, and then spent the entire presidential campaign simultaneously functioning as Hillary Clinton campaign apparatchiks and Donald Trump's persecutors, had far more influence on creating "the political era" in which we now find ourselves. These are people who won't even entertain the idea of attempting a civil discussion with anyone who disagrees with them — and then wonder why they are so despised.

As one might expect, reaction to Chotiner's column has been furious, including this tweet from Sean Hannity (HT The Blaze):

Only mean soulless assholes could ever write and print something this viscious (sic), cruel, and heartless. You r so ignorant, wrong, and hateful!

Mediaite's Justin Baragona headlined that "Slate Finally Finds the Bottom of the Barrel With Tasteless Alan Colmes Obituary." But Baragona appeared to recognize that one can never underestimate the left's capacity for bottom-fishing:

The thing is, one can’t fully blame Chotiner for going full douchebag with his piece. If he thought it wouldn’t get published — complete with the title “Alan Colmes, Buffoon and Patsy, Was Fox News’ Original Liberal Weakling” — he likely wouldn’t have even bothered.

But he writes for Slate. ‘Nuff said.

Apparently, as long as Slate, the primary publishing outlet of the Graham family which ran the Washington Post until August 2013, continues to exist, there will be no visible bottom.