Anyone who thinks the First Amendment is best represented by the “news” media is not paying attention to the way they wage war on freedom of speech for the conservative “rabble” on social media platforms. 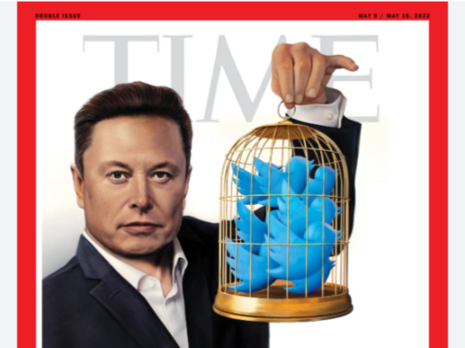 Imagine if the media had attacked new media owners Jeff Bezos or David Zaslav with the kind of venom that they’re using on Twitter owner Elon Musk. No one would suggest it’s important for the government to monitor The Washington Post or CNN as potential sources of misinformation. Their brands are supposed to be synonymous with “trustworthy,” even though public opinion would offer a harsh reality check.

In recent weeks, Musk has taken the place of Rupert Murdoch on the information-supervillain beat. Outlets like CNN and the Post are actively rooting for Twitter to fail, with CNN hopefully reporting on “Twitter’s Last Gasp,” and the Post chronicling that a third of Twitter advertisers haven’t appeared in the last several weeks.

Many were a bit stunned by Reuters reporter Andrea Shalal begging White House press secretary Karine Jean-Pierre to put the power of the federal government all over Musk.

"There's a researcher at Stanford who says this is a critical moment in terms of ensuring that Twitter does not become a vector for misinformation,” Shalal insisted. “Are you concerned about -- Elon Musk says there are more and more subscribers coming online. Are you concerned about that, and what tools do you have? Who is it at the White House that is really keeping track of this?"

Again, if the president was Trump and his press secretary pledged they would be “keeping an eye” on the prestige press as a dangerous “vector of misinformation,” that would have been painted as tyrannical Enemy of the People stuff.

The problem here is which privileged people are allowed to define what is “misinformation” and what is “hate.” If it’s anyone like Reuters or other “Old Media” outlets, then conservatives will be targeted, and the Left will get a free pass.

The “news” media ally themselves with radical “anti-defamation” groups like GLAAD and the so-called “Center for Countering Digital Hate” that organized a “Stop The Deal Coalition,” as if they get to appoint who owns social-media giants. “A Musk-Owned Twitter Won’t ‘Help Humanity,’” screeched an October GLAAD press release. Apparently, allowing anyone to dissent from the GLAAD line is hurting humanity.

It’s in their usual Orwellian vein, as they present themselves as the forces of “diversity and inclusion,” but they really want to exclude dissenting points of view on the internet. Conservative views undergo a reductio ad absurdum. So if, for example, you oppose boys competing in girls’ sports, you favor violence, even suicide.

Media leftists keep shouting about the need to “get the reins” on Twitter like it’s a runaway horse. They can no longer count on Twitter to quash damaging scoops like the Hunter Biden laptop. This isn’t about free speech. It’s about the Left trying to maintain its information dominance and maximum narrative enforcement. They pose as valiant defenders of democracy, but they are cowardly opponents of debate.