When National Public Radio appeals for donations, it explains its mission is “to create a more informed public — one challenged and invigorated by a deeper understanding and appreciation of events, ideas and cultures.”

That’s fancy talk for one-sided propaganda. NPR listeners aren’t “challenged and invigorated” by two sides of a controversial issue. They’re pushed to a “deeper understanding” of how conservatives are dead wrong…subsidized by taxpayers. 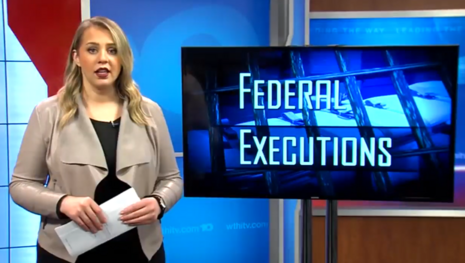 NPR calls its evening newscast All Things Considered, a title that’s a nightly lie. Consider their crusading November 16 story, carrying the online headline “Carrying out executions took a secret toll on workers — then changed their politics.” It was a one-sided exploration of how some execution workers are so disturbed by their work that they’ve considered suicide.

The “public radio” network started asking online for execution workers to come forward in July, through reporter Chiara Eisner, who came to NPR from The Marshall Project, another crusading leftist project advocating a soft-on-crime line.

One star of this story was Indiana minister Bill Breeden, who described his trauma from the execution of Corey Johnson in 2021. “So I prayed for Corey and for all of us. And I ended the prayer by saying, I believe Corey, if he could, would say the same that Jesus said -- 'Father, forgive them for they know not what they do.'"

Then the execution by lethal injection didn’t take at first. The prisoner apparently said “I feel like my mouth and my hands are on fire.” Eisner explained the aftermath: “For months afterwards, Breeden became claustrophobic and would start sobbing in the middle of conversations. He still can't escape the execution, even in his sleep.”

This 12-minute report on NPR couldn’t find the time to describe why Corey Johnson was given the death penalty. According to the Justice Department, Johnson went on a killing spree in early 1992, shooting and killing seven people “for perceived slights or rivalry in the drug trade.” In one case, Johnson shot and killed one victim at the victim’s home when he failed to pay for crack cocaine — and he also murdered the victim’s sister and a male acquaintance.

But the minister compared him to an innocent Jesus.

Eisner turned to Joseph Currier, a psychology professor who studies people in the military, who explained “If you were to compare and contrast which events really haunt people the most after their war-zone service, taking someone else's life is the highest predictor of most mental health problems.”

What’s amazing is just 13 days earlier, NPR’s Morning Edition aired an 11-minute story from Michigan from inside an abortion clinic, “Northland Family Planning.” Reporter Kate Wells wasn’t there to inquire about how killing unborn babies on a daily basis causes trauma for abortion clinic workers. They actually aired sound of an abortion taking place, and when the killing was over, the “mother” thanks everyone in the room, and they cheer and laugh: “ You did good, you did great! You did just fine!”

There was no trauma. There was only relief. There was certainly no opposing view. There were only mothers saying they couldn’t have any more babies. One even said of their surviving children “I love them to death.”

The point of this NPR story was that Michigan had a forthcoming referendum on abortion, and what easier venue to locate pro-abortion voters than an abortion clinic?

NPR feels passionately that executing a murderer of seven is somehow more immoral that dismembering a baby. One haunts your sleep, and the other comes with hugs and hot cocoa. On 825 NPR affiliates across America, leftist ideology is the only consistency.