Column: The Prizes of Collusion and the Collusion of Prizes 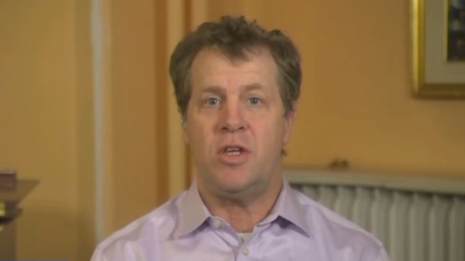 Washington Post media critic Erik Wemple was angry. The Pulitzer Prize committee organized two outside organizations to review (and approve) their controversial 2018 Pulitzer Prize for Public Service, granted to The New York Times and The Washington Post for covering the Russian “collusion” investigation. President Trump and his staunchest media fans have routinely mocked this prize.

Wemple asked “What were they thinking?” His headline was “The Pulitzers’ Trump trap is every media outlet’s Trump trap.” Wemple colorfully complained it “amounts to lunatic-appeasement of the high-maintenance sort.”

Is it possible there's someone conservative other than Trump that isn't a "lunatic" for questioning the Pulitzer hype? You can understand where these prize peddlers would double down and say there's nothing in these collusion-porn stories that is “fake.” But in the end, the overarching conspiracy theory – that the Trump campaign and the Russians colluded to defeat Hillary Clinton – turned out to be false.

The Pulitzer liberals gave no prizes to The New York Times for reporting stories on the overarching claim that Saddam Hussein had weapons of mass destruction. The Times probably didn’t apply for it. But the overarching theory proved false. 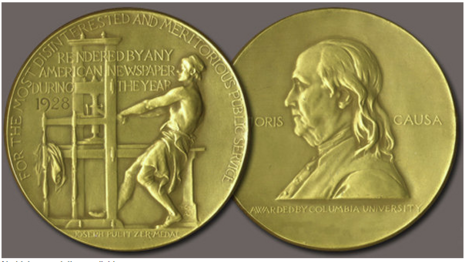 The Pulitzer gang insisted “no passages or headlines, contentions or assertions in any of the winning submissions were discredited by facts that emerged subsequent to the conferral of the prizes.” This omits that the Times submitted the stories they liked the most and pruned the sketchy ones.

One of the stories in this 2018 Pulitzer pile is all about the FBI and Christopher Steele’s dossier. It asserted that Trump calls it fake, but hey, the FBI found him credible. Erik Wemple devoted a whole series of articles to how reporters butchered the truth by promoting Steele’s hackneyed work. So it’s weird he would get upset that anyone else would revisit the record.

The Pulitzer organizers and their judges are an incestuous band of liberals that define the best “journalism” as reporting that helps the Left win. They’ve given hundreds of prizes to The New York Times and The Washington Post, but try finding a prize for The Washington Times or the New York Post.

They gave a bucketful of Pulitzers to stories investigating the Trump administration, but only gave one Pulitzer Prize to reporting on the Clinton administration. That was after impeachment in 1999, and the prize went to The New York Times.

The Pulitzer gang wasn’t alone in their passion for rewarding the promotion of collusion. In 2017, the George Polk Awards handed out a “Special Award” to “Staffs of The New York Times and The Washington Post, for revealing ties between the Trump campaign and Kremlin-connected Russians that gave rise to the investigation into possible collusion during the 2016 election.”

In 2019, the Peabody Awards gave an “Institutional Award” to the PBS series Frontline. It was the latest of 20 Peabody Awards given to these leftist documentary makers, who offered several programs to the Mueller probe and “Trump’s fight against the investigation of his campaign and whether he obstructed justice.”

Wemple should know that it looks to many Americans like all of these gears in the news machine efficiently work together. Liberal reporters who hate Trump get leaks from Adam Schiff and other Democrats trying to take Trump down, and then these Democrat-pleasing pieces are awarded prizes as the Best of Journalism. This collusion theory is much more provable.