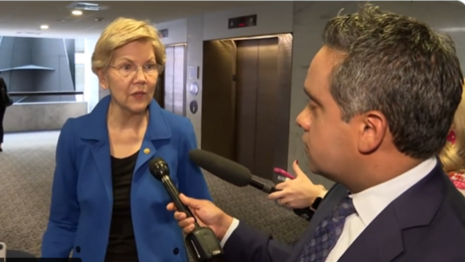 Lindsay Kornick at Fox News underlined an inaccurate trend after the Senate Democrats unsuccessfully pushed to a vote their extreme abortion bill that would have crushed all state restrictions on abortion. The bill went down to defeat 51-49 -- Sen. Joe Manchin (D-West Virginia) voted no with all Senate Republicans.

Liberal media outlets claimed a "filibuster" ruined the bill. No, there was a vote, but it failed to gain a majority. If 55 senators voted to invoke cloture on the abortion bill, then it would look more like a "filibuster."

Democrats must prefer this filibuster spin because they want to make it sound like a "minority" is suppressing a popular bill...which is not the case here. Sen. Elizabeth Warren complained after the vote "I believe in democracy, and I don't believe the minority should have the ability to block things that the majority wants to do." (The "majority" in this 50-50 Senate is tie-breaking Vice President Harris.)

the bill didn't codify Roe and it wasn't blocked by a filibuster. it failed to get 50 votes.

but other than that, some solid work by the AP. https://t.co/sSp4rA35CO

This bill went beyond codifying Roe. Last December, law professor Jonathan Turley pointed out "While widely portrayed in the media as codifying Roe v. Wade, this legislation actually goes far beyond the current precedent of the Supreme Court and would effectively wipe out many state laws and state authority on abortion."

49-51, Senate Dems fall 11 votes shy of breaking a Republican-led filibuster to advance bill on abortion rights. Manchin the lone Democratic NO vote. No Republicans voted in the affirmative.

Republicans successfully filibuster the Dems' abortion rights bill. Schumer says after that this is just the beginning of votes on this issue. https://t.co/7B1etauHoD 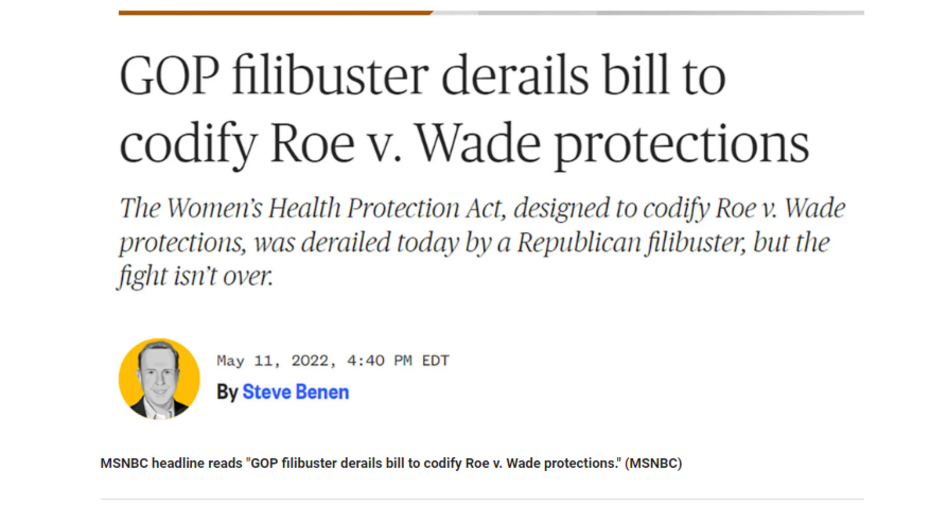 Every political reporter and analyst knew this vote would fail to show a majority for the Democrats. The words that reporters could have used was "show vote," if not "stunt." But Democrat reporters support Democrat lingo and feel in their hearts that the Democrat intentions were wonderful.