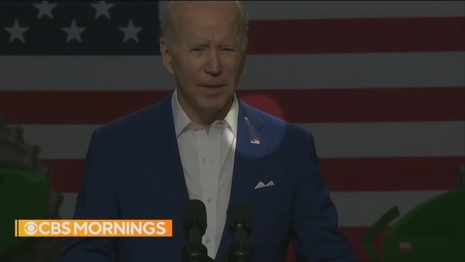 Even the silliest content about President Biden can be grounds for punishing conservative sites.

Take the erroneous "Biden had bird poop on him" story. The president gave a speech in Iowa promoting how corn-enhanced gasoline could help reduce the price at the pump. PolitiFact didn't offer a "fact check" on anything Biden said, but it did trash conservative sites for what appeared on Biden's jacket.

It was "FALSE" to say “A bird pooped on Joe Biden during his speech” in Iowa. PolitiFact's Jeff Cercone summarized on April 13: