Fox News announced on January 10 that Jesse Watters would become the permanent host of their 7 pm hour in two weeks. No one was more disgusted than CNN, where Erin Burnett has been thumped by Fox in that hour by a rotating cast of substitute hosts for the last year.

Permit me to repeat that Brian Stelter put an “expert” on his Reliable Sources show who proclaimed Donald Trump would kill more people than Stalin, Hitler, and Mao combined. CNN has compared Trump to Hitler so often that it sounds like the Fake History Channel 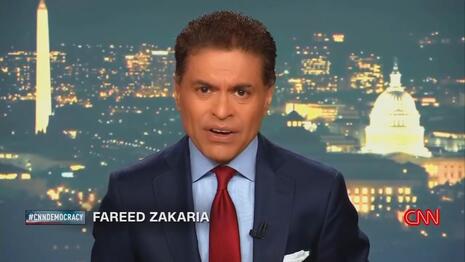 The night before the Stelter/Darcy flame-fest, this was the Sunday night schedule on CNN:

First, at 9 pm: Fareed Zakaria's Special Report: The Fight To Save American Democracy.

At 11, another hour: Attack on Democracy: The Roots of Trump's Insurrection.

Somehow, it’s never “flame throwing” to assert that Trump’s echoing Hitler. Zakaria announced “Donald Trump is not Adolf Hitler. But Weimar’s death highlights a danger for all democracies, specifically the way conservative elites, determined to keep the Left out of power, align themselves with an anti-democratic demagogue. The story in Germany began with a big lie.”

Zakaria and his selected voices name-checked Hitler 24 times. At one point, Zakaria proclaimed “within weeks, Adolf Hitler made himself a dictator. And soon, he was killing off enemies and rivals, including many of the right-wing insiders who had enabled his rise. Democracy in Germany was dead.”

Right next to that? A soundbite of Trump: “They'll never take back our country with weakness. You have to show strength and you have to be strong.” This implies Trump endorsed killing off enemies and rivals. Zakaria added: “Its lessons for America are sobering.”

Then he aired Harvard professor Steven Levitsky smearing the conservative movement: “The willingness of mainstream conservatives to back into potentially authoritarian options, because of fear of their rivals, is something that I think we're seeing playing out in the United States today.” 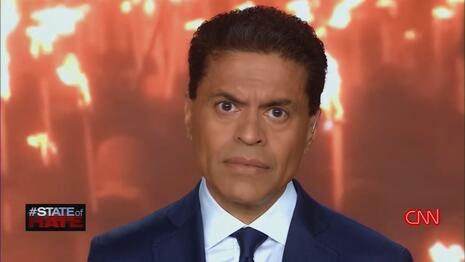 This is a trend. In 2019, Zakaria dragged the conservatives with another Sunday night ragefest titled State of Hate: The Explosion of White Supremacy. Explosion?

In 2016, Zakaria hosted a Sunday night special lauding Barack Obama and roasting his enemies as racially hostile fanatics. He preposterously concluded the show by claiming Obama’s administration “was largely scandal-free, and he did it all the while under a microscope, because he looked different.”

The silliness and dishonesty didn’t stop there. Van Jones underlined alleged Republican racism by claiming “I can't name one thing that this Congress supported this president on in eight years. You have to have an extraordinary explanation for this level of obstruction.”

So taking down Osama bin Laden, the Republicans didn’t support that? In fact, Congress under Republicans passed hundreds of laws that Obama signed.