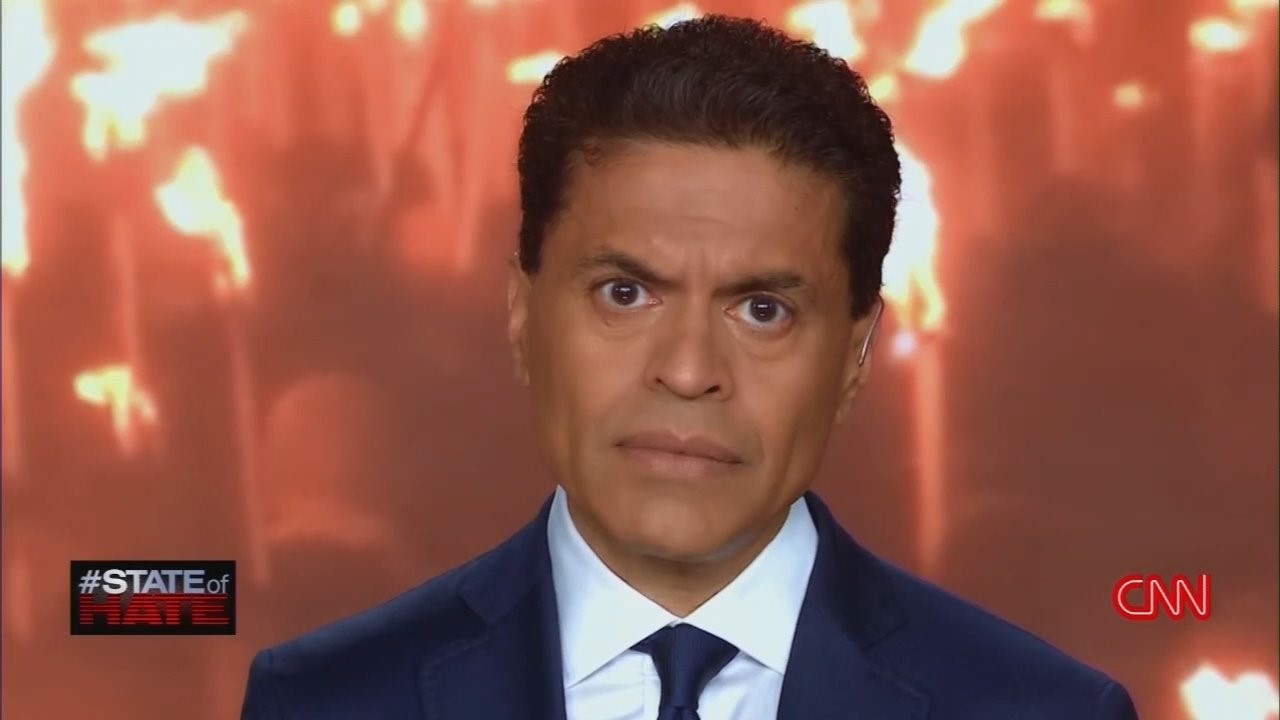 CNN marked the beginning of the Fourth of July holiday week with a one-hour special called State of Hate: The Explosion of White Supremacy. These people pledge allegiance in their marketing to “Facts First,” but on what factual basis is there an “explosion of white supremacy” in America?

CNN will deny it, of course, but at the end of the day, they don’t see much difference between white supremacists and Trump Nation. They spent an hour promoting fringe racist figures like David Duke and Richard Spencer as they promised they are going to “fulfill the policies of Donald Trump.” This notion was outdated, since Spencer tweeted last November that the “Trump moment is over, and it’s time for us to move on.”

These racists were interspersed with people saying “Make America Great Again” and footage of people protesting illegal immigration, with an obvious smear implied. Oppose illegal immigration? You must be a Klansman. Or a neo-Nazi.

Just how dangerous is this “explosion of white supremacy,” that CNN should feel the need to expose it during an hour of prime-time programming?

The left-leaning Anti-Defamation League reported a KKK decline in 2016, but it wasn’t specific about an overall number. “Despite a persistent ability to attract media attention, organized Ku Klux Klan groups are actually continuing a  long-term trend of decline. They remain a collection of mostly small, disjointed groups that continually change in name and leadership. Down slightly from a year ago, there are currently just over thirty active Klan groups in the United States, most of them very small.”

Has it gone up since then? A 2018 ADL report on the Loyal White Knights of the Ku Klux Klan reported it “is the largest and the most active Klan group in the country with approximately 100 members.” You read that correctly. Their last rally was in Charlottesville in July 2017, with “fifty-odd Klansmen “qualified as “the largest rally organized by a Klan group in recent years.”

To CNN, this is somehow the evidence that demands an hour on white supremacy.

Giving oxygen to the Klan comes naturally to CNN. Black comedian W. Kamau Bell began his CNN documentary series United Shades of America in 2016 with a stunt, hanging out with the KKK, as if they were deeply important. The Washington Post saluted Bell for peppering “his wry observations with a big, booming laugh” and “stay[ing] cool” around the KKK kooks.

The same leftists who spent decades lamenting the “Red Scare” paranoia -- as if conservatives were saying there was a communist under every bed -- promote a Brown Shirt Scare about impending American fascism. This, in turn, fuels a radical “anti-fascist (or Antifa) movement that threatens violence in the streets over the cuckoo conspiracy theory of a supposed Nazi takeover of America.

What about Antifa? CNN didn’t include them in their “State of Hate” special. “Hate” is only something the right-wingers do. They might agree with their friends at the Southern Poverty Law Center about the “myth of the unhinged, violent left.” Sadly, on the day before CNN’s “Hate” special, Antifa thugs in Portland, Oregon smashed several people in the head, including Quillette journalist Andy Ngo, who routinely films Antifa rallies.

If the media really wanted to describe dangerous and violent “hate” groups fairly, they would find them on the left with Antifa. Conservatives want nothing to do with the KKK. Downplaying Antifa – or even promoting them, as CNN has – is the very opposite of putting the facts first.