Washington Post “Fact Checker” Glenn Kessler had to be dragged, sort of kicking and screaming, to give Terry McAuliffe “4 Pinocchios” for dramatically exaggerating COVID among children in Virginia. 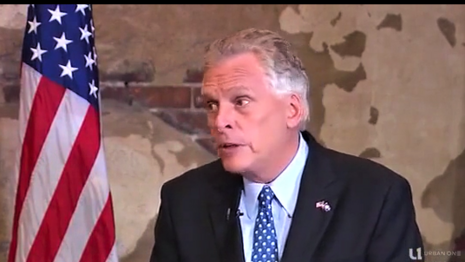 “Today, 1,100 children are in hospitals here in Virginia.”

““We just had 4,000 cases yesterday here in the Commonwealth of Virginia.…1,142 children in serious, in hospitals, in ICU beds.”

“Here in Virginia, you should understand, 1,142 of our children have been in hospitals because they got COVID.”

Kessler told a story that his regular consumers should be familiar with: giving Democrats an easy time. Because they return his calls. And he's a Democrat. It's unlike his aggression on black Republicans.

When we first queried the McAuliffe campaign about his figures, we were told it was a slip of the tongue. Okay, we understand that, and so we passed on a fact check. But then his tongue kept slipping.

We first became interested in this issue when McAuliffe in the second and final debate on Sept. 28 said that there were 8,000 coronavirus cases “yesterday in Virginia.” He then repeated the statement the next day and a week later, on Oct. 7.

But when we checked the records, you had to go back to January to find a single day when a combination of confirmed and probable cases in Virginia got close to 8,000. On Sept. 27, there were fewer than 2,000 confirmed cases.

Then Kessler said he got a "plausible explanation" that McAuliffe was using weekend numbers. In other words, the "Fact Checker" thought it was acceptable to pass on two-day counts as one-day figures. "But we got busy with other stuff and chose not to do a fact check." 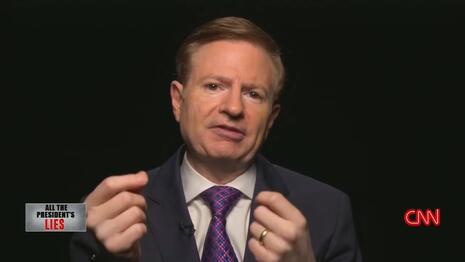 And what about McAuliffe’s Oct. 7 comment that 1,142 children were in ICU beds? That number seemed totally off-kilter. (For the week ended Oct. 2, the number of children in hospitals, not necessarily in intensive care, was just 35.)

The McAuliffe campaign said that he simply misspoke. Okay, we moved on.

But then he said it again, on Oct. 21: “We’ve just 1,142 children in serious, in hospitals, in ICU beds.” That was still wrong: on that day there were only 334 people (of all ages) in ICU beds in Virginia, according the state health department data.

Geez, Glenn, this is Too Much Information...if you don't want to look like a ridiculous pushover. But remember, he's writing this for the average Post (Democrat) reader. Democrats are allowed to "misspeak" multiple times. Until Glenn starts feeling exploited.

We can understand the occasional misspeak, especially in the heat of a campaign. Moreover, as readers know, we generally do not award Pinocchios when a politician admits error. But this has happened too many times for McAuliffe’s language to be an accident.

Hat tip to Cameron Cawthorne at Fox, who tweeted this farce on Tuesday:

McAuliffe received 4 Pinocchios from WaPo for continuously inflating coronavirus numbers, but look how many chances WaPo’s endorsed candidate got before the fact check was published. pic.twitter.com/Xv8kLjGEof