Liberal partisans who want to crush any shred of fairness in reporting are latching on to a Friday column in the Los Angeles Times by Jackie Calmes, who was an “objective” reporter for decades. The headline was "Why journalists are failing the public with ‘both-siderism’ in political coverage."

Jay Rosen, the academic guru of unabashed socialism in the news columns and newscasts, tweeted "I have been waiting for this column — by a former political reporter — for a very long time." This was the theme: 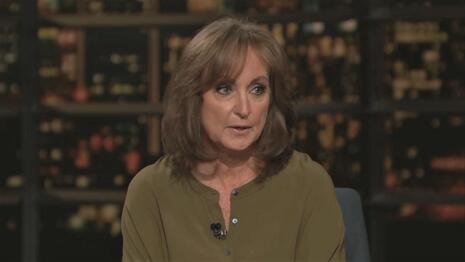 For years it was easy to cover "both sides" -- Republicans and Democrats -- as equally worthy, and blameworthy, partners in democracy....

Now, when reporters or pundits use the words "both sides" in regard to some political problem, I stop reading or listening.

I started to chafe at false equivalence a quarter-century ago, as a congressional reporter amid Newt Gingrich's Republican revolution. One party -- his -- was demonstrably more responsible for the nasty divisiveness, government gridlock and norm-busting, yet journalistic pressure to produce seemingly "balanced" stories -- pressure both ingrained and imposed by editors -- prevented reporters from sufficiently reflecting the new truth.

By 2012, as President Obama dealt with the willful obstructionists, conspiracists and racists of an increasingly radicalized Republican Party, political scientists and long-respected Washington watchers Thomas E. Mann and Norman J. Ornstein put the onus for the dysfunction squarely on the GOP in their provocative book It's Even Worse Than It Looks. Significantly, they implicated journalists: "A balanced treatment of an unbalanced phenomenon is a distortion of reality and a disservice to your consumers."

The ascension of Donald Trump four years later should not have been such a surprise. With his continued hold on the Republican Party in the Biden era, Mann and Ornstein's admonition is truer than ever.

Calmes even suggests that focusing critically now on Biden and the Democrats is a distortion and a disservice! Democracy is at stake -- so it's no time for "both-siderism" in the news! Accountability is irresponsible with Trump still out there!

To the extent, then, that journalists and pundits focus critically on President Biden and Democrats and give short shrift to Republicans' obstructions -- as if the cancer of Trumpism was in remission, if not cured -- that indeed distorts reality and disserves readers, listeners and viewers.

Democracy is literally at stake: As Republicans block federal voting rights legislation, those in red states continue to challenge the 2020 votes for Biden (but not their own), pass laws to suppress future votes in ways disadvantageous to Democrats, gerrymander legislative districts and replace nonpartisan election overseers with partisan ones.

Yes, there is a real debate between Democrats over massive new spending, but Calmes still blames the Republicans for their failure to help the Democrats spend massively:

This is a Republican Party that is not serious about governing or addressing the nation's actual problems, as opposed to faux ones like critical race theory.

Calmes ended by complaining about Republican opposition to the very partisan January 6 special committee and Republicans still appearing with Trump at rallies.

She concluded "Democrats can't be expected to deal with these guys like they're on the level. Nor should journalists cover them as if they are."

PS: Bill Buzenberg, a former VP at NPR, was one of many who spread this plea for more partisanship:

Great Op Ed — important message for every journalist. (NPR and PBS this includes you). Please don’t “balance” the truth with an outright, calculated lie, and call it objective reporting or interviewing. https://t.co/fN6nCU0jyz