Twitter Mob Alert! Everyone Knows Too Much of 'Airplane!' Couldn't Be In a Movie Today

In the New York Post, David Zucker, co-creator of the hilarious 1980 movie Airplane! (not to mention the under-appreciated Top Secret) penned an op-ed on how the canceling Twitterati are killing comedy. He recalled celebrating the 20th anniversary, early last year: 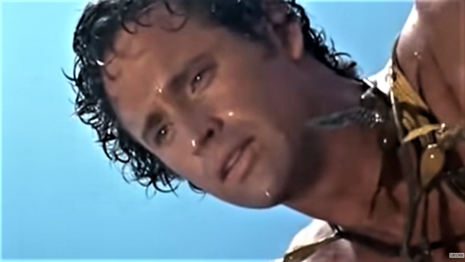 Just before the world shut down, Paramount held a screening at the Egyptian Theatre in Hollywood, followed by a Q&A in which an audience member asked a question we never used to receive: “Could you make ‘Airplane!’ today?”

My response: “Of course, we could. Just without the jokes.”

Although people tell me that they love “Airplane!” and it seems to be included on just about every Top Five movie-comedy list, there was talk at Paramount of withholding the rerelease over feared backlash for scenes that today would be deemed “insensitive.”

I’m referring to scenes like the one in which two black characters speak entirely in a jive dialect so unintelligible that it has to be subtitled. I’ve lost count of the number of people who have said to me, “You couldn’t do that scene today.”

But I always wonder, why not? Half the gags in that joke were aimed at white people, given that the translation for “s- -t” is “golly” — and the whole gag is topped off by the whitest lady on the planet, the actress who played the mom on Leave It to Beaver, translating.

Younger people seeing the movie today don't appreciate the additional humor of the "jive dialect" translator being Beaver's mother, Barbara Billingsley. "Chump don't want no help, chump don't get no help!" Zucker credited then-Paramount executive Michael Eisner for green-lighting it all back in 1979.

But in today’s market, if I pitched a studio executive a comedy in which a white lady has to translate the speech of black people; in which an 8-year-old girl says, “I like my coffee black, like my men”; or an airline pilot makes sexual suggestions to a little boy (“Billy, have you ever been in a Turkish prison?”), I’d be told, in Studioese, “That’s just fantastically great! We’ll call you.”

Phillips summed up the general plight of the comedy writer when he said: “It’s hard to argue with 30 million people on Twitter. You just can’t do it. So you just go, ‘I’m out.’”

Some people look at the mass exodus of comedy writers and proclaim that comedy must be dead. That’s not true. Comedy is not dead. It’s scared. And when something is scared, it goes into hiding.

He concluded: "The fact that my movies are apparently loved, referenced and quoted by so many people after all these decades tells me that maybe I’m not the only one who enjoys shaking things up. I think maybe secretly we’re all a little bored by our lives. Without boredom and anger, would there even be comedy?"