Gallup: Trust In The Media Sinks to 36 Percent, Second Lowest Ever 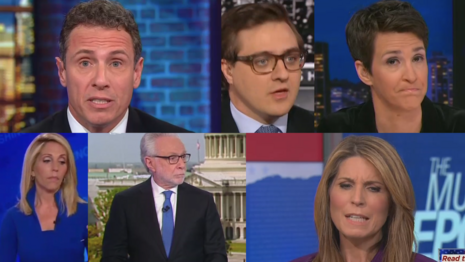 Can the mistrust of the media get much greater? Gallup pollsters reported on Thursday that American trust in the media "to report the news fully, accurately and fairly has edged down four percentage points since last year to 36 percent, making this year's reading the second lowest in Gallup's trend."

Overall, just seven percent of U.S. adults say they have "a great deal" and 29 percent "a fair amount" of trust and confidence in newspapers, television and radio news reporting -- which, combined, is four points above the 32 percent record low in 2016, during the Donald Trump vs. Hillary Clinton battle.

More than half of respondents sound fed up: 29 percent of the public currently registers "not very much" trust and 34 percent say they have "none at all."

Whether you find the media trustworthy depends on how liberal you are. Gallup found 68 percent of Democrats said they trust the media a great deal or a fair amount. But that number is only 11 percent for Republicans, and also just 31 percent of independents. "Confidence in the media among Republicans over the past five years is at unprecedented lows."

When Democrats have a great deal of trust in the media and Republicans have almost no trust, that is an obvious sign that the media favor Democrats!