The liberal media never tire of anti-Trump "tell all" memoirs, no matter how many are published. The latest mud-slinger is Stephanie Grisham, the former top Melania Trump aide, who is now a hot guest on "news" shows. There are tough questions, but there is plenty of air time to sell, sell, sell that memoir. She confesses her guilt at all the accusations of democracy-destroying and virus-enabling PR work she did for Trump....all the way to the bank. The funniest part was CNN asking her if Fox News was "state-run TV," as if they haven't been a cheaply rented air space for the Democrats for many years. 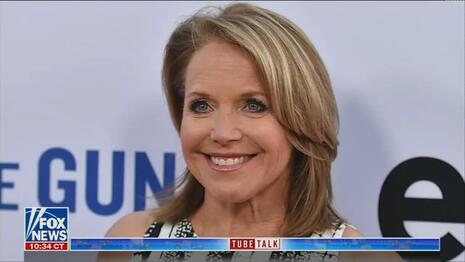 Research director Scott Whitlock joins in to discuss the amazingly vicious revelations emanating from Katie Couric's forthcoming memoir, revelations that underline she's really Catty Katie. She openly admits to being jealous of Diane Sawyer for landing a hot interview with a 57-year-old mother of twins, asking who Sawyer "had to blow" to get that gig. She also admits she has tender feelings for Matt Lauer and didn't really do anything to stop his  abusive behavior at NBC.