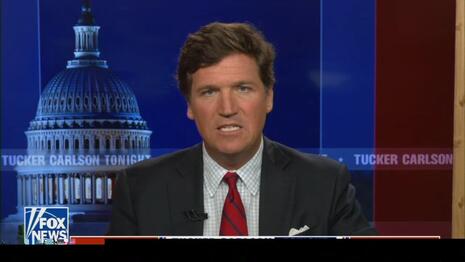 The Washington Post and Time magazine have both uncorked new hit pieces on Fox News primetime star Tucker Carlson as a terrible source of misinformation and "White grievance."

It will only help him win his time slot. Time's Charlotte Alter knows it: "the more outlandish his rhetoric, the more vehement the backlash, the more formidable he becomes." They quoted conservatives insisting "Tucker frames the narrative for conservative politics. Tucker doesn’t react to the news; he creates the news.” These liberal outlets can't stand it.

Other topics today: CNN's Brian Stelter decrying Mark Levin's new bestselling book as a "screed" dominated by bitching/moaning, as if he's actually bought and read it. CBS abortion promoter/reporter Kate Smith quits the Dan Rather network, proclaims now she can finally share her pro-abortion opinions.,,as if she hasn't been an activist all along.