Truth: Democrats Have a 'Much Thinner Skin' with the Press, 'Expect You to Be on Their Side'

David Rutz at Fox News reported that liberal Russian-born American journalist Julia Ioffe offered an inside look at liberal-media frustration at being so carefully managed by Team Biden. Once again, courageous reporters complain anonymously. This was the hottest quote from her "Tomorrow Will Be Worse" newsletter. 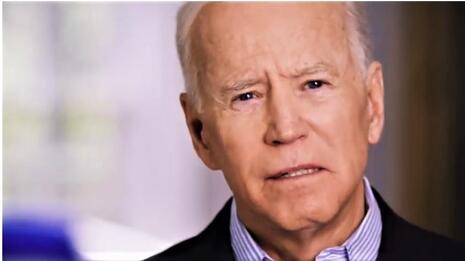 "Democrats in general have a much thinner skin," the reporter said. "This is not unique to Trump but Republicans never expect a fair shake, so if you cover them fairly, you can have a good working relationship with them. Democrats de facto expect you to be on their side and are horrified when you hold them to account as you would any other administration. It goes back to the Obama years. [Obama staffers would be] like, ‘Don’t you realize that being a woman is no longer a pre-existing condition?!’ And I would be like, ‘Yes, but I’m writing about why your website keeps crashing.’"

This is something that most news junkies can see, like when Kamala Harris complains a magazine didn't use the puffball photograph she wanted. Liberal journalist Matthew Yglesias tweeted that 99 percent of "mainstream" (liberal) reporters would agree:

Or here: 99 percent of the reporters working in the mainstream press would agree with the reporter here.

But honestly, what is the more significant significant about the ACA — the website glitches or the regulatory changes that improved people's lives? pic.twitter.com/OiwGufvSIt

Yglesias isn't acknowledging that the potential Obamacare consumers couldn't have their "lives improved" if they couldn't log in. That's journalism, about policy. It was also a news story the Republicans liked -- that's what makes it somehow not "journalism."

Now, the anonymous reporters are admitting that the whole pack of them are very, very lame!

“Obviously, I’m not wishing that Trump was still president, but as a reporter that wants a story, it’s frustrating how disciplined they are. Kudos to them, they’re very happy with themselves. You can see it, the coverage across the board from everyone is very, very lame. You never get inside the room and hear how this shit’s going down. Like, how are they managing this elderly man?”

What? Biden needs to be managed because he's elderly? You can't admit that, it plays into "right-wing stereotypes." You should read the entire dispatch, but the ending of one section was a hoot:

But there is something different about this White House, and it’s creating a lot of frustration among the reporters assigned to cover it. “The truth is the Biden White House is very opaque,” said Susan Glasser, Peter Baker’s wife and co-author, who writes about politics for The New Yorker. “They had it easier because they campaigned and spent the early months in the White House in a pandemic, so they haven’t had a chance to build relationships with the press, and they’ve benefitted from that. The coverage is much less deep and rich so far in part because of the restrictions of the pandemic.” Said another reporter who covered the Trump White House, “There’s a sense that Biden’s position is fragile and that he has to be protected, that any unkind gaze might knock him over—which plays into every right-wing stereotype.”

The young White House reporter agrees. “I don’t know that there’s been a president who’s been so protected and wrapped in so many layers of wool to keep him away from anything remotely approaching an adversarial interview,” the reporter said. “Why expose him to any risk? He’s old, he’s lost a few steps. It’s worked for them so far.”.