On Sunday, MRC’s Brent Baker noticed that ABC This Week host Martha Raddatz spent July 4 complaining about Republicans dealing a blow to “election rights.” The whole introduction had a biased sound to it: 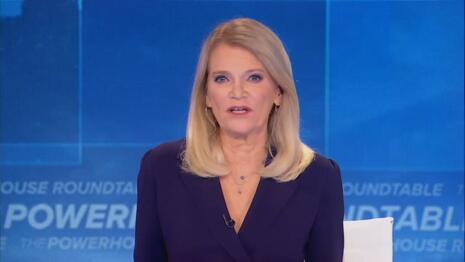 RADDATZ: The nation celebrates democracy, as the president promotes a return to normalcy….

The Trump Organization and its CFO charged with a sweeping 15-year criminal scheme…..

And the Supreme Court delivers a blow to election rights. We will tackle it all and break down our brand-new ABC News poll.

In the second half-hour, Raddatz turned to ABC deputy political director Averi Harper for that poll result and what the Supreme Court did in upholding Arizona's laws against ballot harvesting and counting votes cast in the wrong precinct:

HARPER: It's going to deal a blow to that fight against what voting advocates would call voter suppression in Republican-led states across the country.

And the fact is that the American people are not on the side of the Republican lawmakers in some of these states. Two to one, if you look at the ABC/Washington Post poll, you see that Americans believe that it is more important to have voting laws that make it easier to vote lawfully than laws that make it harder to vote fraudulently.

They didn't ask if people supported a voter-ID requirement, with as much as 80 percent in favor. They didn't ask if Americans favored counting votes cast at the wrong precinct, or ask if they favored "ballot harvesting."

Time's Molly Ball underlined Democrats will be "using the fact that these laws are unpopular to try to motivate Democratic voters." Raddatz underlined it again: "Exactly -- L.Z., as Averi pointed out and Molly pointed out, not exactly in line with public opinion."

Which party controls local govs where most poor and minorities live? @LZGranderson: SCOTUS making poor decide to use gas money to vote or to get to work. @MaryCJordan: On July 4th, it’s “shocking...a lot of people don’t have the same access to vote as other Americans” #ThisWeek pic.twitter.com/42Ci7HD3SK

GRANDERSON: No, of course not. But they don't really care about public opinion, right? If they did, then all of this legislation, we would be looking at differently.

The thing that really frustrates me most is that the justices acknowledged that these new laws does impact minorities. They didn't deny that aspect of it. They just say that the inconvenience of it isn't so great.

They're privileged, saying that this doesn't inconvenience them enough. Well, how do you know? When was the last time you were that poor?

As Baker noted, most minority voting precincts are in big cities where Democrats have been in power for decades.

But Mary Jordan of The Washington Post rounded out the all-liberal panel, insisting there were all kinds of "dirty tricks" in Mississippi, and lectured "it's July 4 here. It's all about voting, right? It's the most fundamental of rights. We had the Boston Tea Party because we couldn't vote and we were getting taxed. And it's kind of shocking that, right now, a lot of people don't have the same access to votes as other Americans."

At least Ball added "in some quarters on the right, there's a feeling that the Democrats are sort of hyperventilating about this." Yes, and so are the "mainstream media."

This leftist tub-thumping on "restrictive" voting laws was brought to you by Gillette razors.