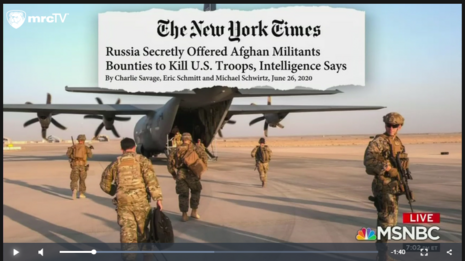 Now the liberal Daily Beast website is offering a jaw-dropping assessment: “It was a huge election-time story that prompted cries of treason. But according to a newly disclosed assessment, Donald Trump might have been right to call it a ‘hoax.’”

This story began with anonymous government sources, and is now rebutted by anonymous government sources. “The Biden administration” announced that U.S. intelligence only had "low to moderate"  confidence in the story after all. “Translated from the jargon of spyworld, that means the intelligence agencies have found the story is, at best, unproven—and possibly untrue.”

According to “officials” on a phone call, the reporting about the alleged bounties came from “detainee reporting” – meaning a detainee may have provided “intel” to gain release. Specifically, the official cited “information and evidence of connections to criminal agents in Afghanistan and elements of the Russian government” as sources for the intelligence community’s assessment.

The Daily Beast compared this to Rafid Ahmed Alwan al-Janabi  (or “Curveball”), a source claiming to know about Saddam Hussein’s weapons of mass destruction in Iraq. Mollie Hemingway at The Federalist made that same connection last summer.

Every patriotic American wants our government to be vigilant against any malignant actors who put bounties on the heads of our troops. But this was a political narrative in an election year. The group Vote Vets put out a nasty ad suggesting “Benedict Donald is America’s number one traitor!”

MSNBC host Joe Scarborough tweeted as the Times story broke: “Today, we learn that Russia is paying Islamic radicals bounties to kill US troops. Trump has known about this but refuses to do anything. It is all beyond the pale.”

Hemingway and her colleague Sean Davis also reported last July that Rep. Adam Schiff learned of the bounty allegations on a congressional trip to Afghanistan in February 2020 and didn’t share them. When the Times asked him if he had knowledge of this before they published months later, he claimed “I can’t comment on specifics.” But the “Trump inexcusably did nothing” talking point was routine in liberal media. 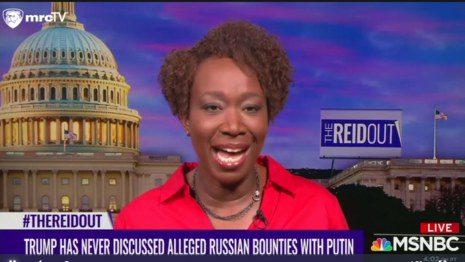 The rhetorical bombing went on for weeks. On July 29, 2020, MSNBC host Joy Reid blasted Trump as “grotesquely solicitous of Putin” and claimed he and the GOP were guilty of “a complete abdication of leadership.” Steve Schmidt of the Lincoln Project added: “We have a faithless commander-in-chief. The commander is so amoral that he does not have the backs of the men and women that he sends into harm's way. This is a despicable and cowardly betrayal of the ethos of the United States military.”

This whole controversy should be a reason for media consumers to be super-skeptical of any “bombshell” story based on anonymous sources in government or politics. News stories that drive partisans to charge a president with treason – Republican or Democrat -- ought to be based on more than just shadowy “administration officials.” We don’t need this much darkness in our democracy.