NEW NewsBusters Podcast: Biden Gets to Define Bipartisanship Down 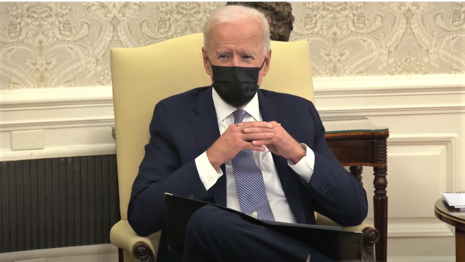 On the latest NewsBusters Podcast, we discuss how cooperative reporters are helping President Biden redefine the concept of bipartisanship. Washington Post reporter Ashley Parker explained "the president and his aides have proffered a definition of bipartisanship untethered from Washington."

Biden can jam through massive spending bills with only Democrat votes and it's still "bipartisan." Because media polls show portions of massive Biden bills are popular with some Republicans, like stimulus checks and unemployment benefits, or billions for vaccine rollouts and restaurant bailouts. Reporters seem to hop on one leg and bark if that's the request.

NewsBusters Managing Editor Curtis Houck came on to discuss the White House briefings and how they're so regular they're supposed to make you forget the president has had one press conference in his first 84 days. We also discussed the new 11 pm Greg Gutfeld show on Fox News, which is not only beating CNN and MSNBC in that time slot in its first week, but besting late-night shows on TBS, Comedy Central, and even The Tonight Show with Jimmy Fallon on NBC. He almost tied ABC's Jimmy Kimmel. Liberals claim it's not funny at all....because they don't like being the target of the jokes.