CNN Host in WashPost: 'The Capitol Rioters Speak Just Like the Islamic Terrorists' 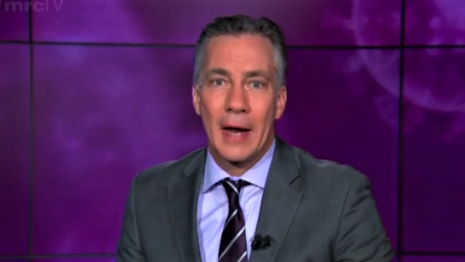 CNN anchor Jim Sciutto wrote an op-ed for Sunday’s Washington Post headlined “The Capitol rioters speak just like the Islamist terrorists I reported on.” Who had a suicide vest on at the Capitol?

Oh, Sciutto deflects that “I’m not equating the Jan. 6 rioters with those fighting to unite the world under a caliphate via a global campaign of terrorism.”

But…..he is. Next sentence: “But domestic radicalism has deep parallels to jihadist terrorism: Both movements are driven by alienation from the political system and a resulting breakdown in social norms.”

This nicely matches the Post front page on Sunday, touting Biden Attorney General nominee Merrick Garland as "well-positioned to tackle domestic terrorism" based on his work on the Oklahoma City bombing of 1995. The New York Times also put this Biden PR spin on Sunday's front page.

The similarities between domestic and Islamist terror groups are hard to avoid. Followers of both are drawn to a cause greater than themselves that gives them a shared identity and a mission to correct perceived wrongs, by whatever means necessary….

For both groups, their sense of oppression is built on fantasy. I interviewed many Islamist terrorists with middle-class upbringings, steady jobs and graduate degrees. Among the rioters who assaulted the U.S. Capitol were doctors, business owners and real estate agents — more victors than victims of the system….

Just as I had countless debates with Muslim extremists convinced that every event and institution (currency movements, the 2004 Iranian earthquake, the CIA, the United Nations) was diabolically conspiring against them, I now find myself having similar mind-numbing arguments with Americans about “deep state” plots, best exemplified by the “stolen” 2020 election and the Mueller investigation.

Why was Sciutto having "countless debates with Muslim extremists"? Where was he hanging out?

“I wish it wasn’t true, but it is hard not to objectively observe those trends are continuing,” he said. “We have armed fanatic mobs attacking the seat of our democracy. This is what happens in unstable counties.”

“Hardcore extremists consider January 6 not a day of infamy but a day of victory,” says Sen. Sheldon Whitehouse (D-R.I.), who was at the Capitol at the time. In that belief, they have one more thing in common with those failed terrorists from my old neighborhood in London: Violence, for the most extreme and most lost among us, is both a means and an end in itself.

January 6 is a day of infamy. Domestic terrorism should be exposed before it happens, no matter whose ideology is behind it. But Sciutto is just taking one of those "Murrow" commentaries from CNN's daily feed and putting it into the newspaper.