BBC Diversity Czar: 'White Privilege' is a Fact, You're 'Never Judged on Your Race' 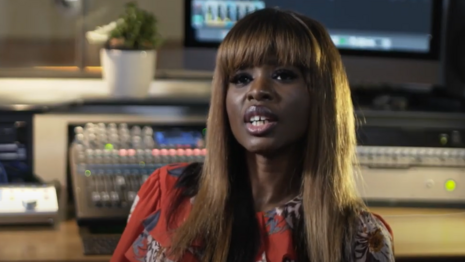 Jack Montgomery at Breitbart reports that June Sarpong, a former MTV host who is now the part-time diversity czar for the British Broadcasting Corporation, told the London Telegraph that “There is unfairness baked into our system” and insisted that “white privilege” is a fact and white people “will never be discriminated against” for their race.

One can imagine that you have to believe in “white privilege” to become the diversity activist within a large media organization. Sarpong, a London-born daughter of Ghanaian immigrants, has a new book out titled The Power of Privilege: How White People Can Challenge Racism.

Montgomery noted that part of the BBC diversity regime includes advertising for positions that are not available to white applicants.

The BBC is a role model for PBS and NPR, a “public service” broadcaster that is supposed to be neutral on political issues, but is in practice a left-wing playground. The BBC is funded by a compulsory license fee paid by all British people who watch live TV.

Sarpong insists now that most white people are horrified by their privilege and want to be “part of the solution.”

'And I think, actually, the minute many white people understand that, they stand up and say, "My God, I never knew. I want to be part of the solution".'

That’s not exactly what she told the socialist newspaper The Guardian two years ago. “In order to reverse that and jumpstart the system, you have to intervene. People are very comfortable with targets and goals in all areas of business; it’s only when you start talking about targets for people that there is debate. But I’m not wasting time or energy with anyone who doesn’t want to do it.”