Art Critic: Republicanism Needs To Be ‘Isolated and Snuffed Out’ 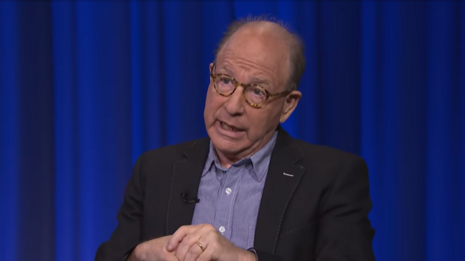 Republicanism is no longer a political problem; Republicanism is a social problem. It must be treated in the same way coronavirus is treated: it has to be isolated and snuffed-out by repressing it in about 70% of the general population.

Tess Ashpool replied: Dear Jerry, Are you sure about this one? Sounds a bit gulag-y ...

Saltz shot back: "The 'ism' not the people, Tess."

Comparing the Other Party to a virus that's blamed for 250,000 deaths sounds very over the top. This man's a self-confessed "liberal bedwetter," recently panicking at the horrid things that would happen in a second Trump term, and wailing about the death of Ruth Bader Ginsburg:

The mass vigils for her that sprung up almost immediately after the news broke were strange, in their way a secular canonization. But they were also a kind of collective acknowledgement by a nation of frayed liberals that the country they believed in was held together by wire and string and the frail body of a single octogenarian battling pancreatic cancer. That thread snapped.

In a similar case of severe GOP-hatred, Kara Zupkus at Young America's Foundation pointed out campus craziness from Rutgers assistant journalism professor and activist Chenjerai Kumanyika, who tweeted on Monday "Earlier I suggested the GOP would 'shit out' something more putrid in future elections. This poorly chosen metaphor compared GOP politics to fecal matter This was unfair to fecal matter & does not reflect my heart. Unlike the GOP, fecal matter has done nothing wrong." 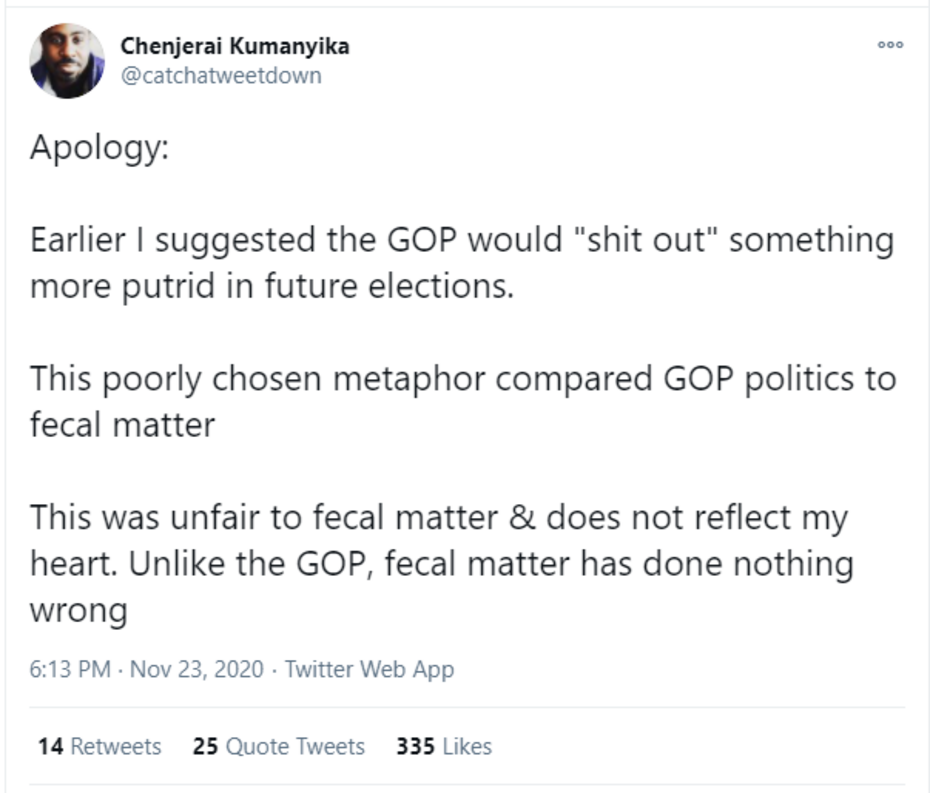 He then followed up:  "Fecal matter - our friend in digestion - has only played its role in the excretory process. I should not have compared it to the GOP politicians many (not all) of whom have supported, climate-destroying, democracy destroying, racist, sexist, violent policies."

Isn't this just the kind of swell fellow who should teach our journalists of the future?