Brian Stelter Gets MAD When CNN's Media Ethics Are Mocked: 'Don't You DARE!' 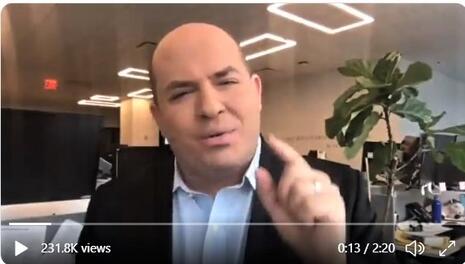 CNN media reporter Brian Stelter can get very cranky when you criticize CNN's media ethics in its shameless spreading of Russiagate conspiracy narratives, no matter how often they were proven false. He'll start yelling "don't you DARE!"

Virginia Kruta at the Daily Caller reported on a BBC podcast that included Stelter, Susan Ferrechio of the Washington Examiner, and media reporter Sara Fischer of Axios.com.

Ferrechio was underlining why the Hunter Biden story should be covered, and not ignored. "He's running for president of the United States, and this is serious. This is not last year’s news,” she said. “It’s whether or not his son was coordinating to get him to talk to these Ukraine oligarchs, and he was benefiting from it. This is — it’s really dirty. It needs to be looked at.”

“I said it was last season, you’re saying it’s new,” Stelter replied, adding, “I think the bottom line is we don’t know what is real and what is fake in these emails, if there is anything real in them!”

🥊CNN vs The Washington Examiner🥊 @brianstelter @susanferrechio and @sarafischer debate the ethics of the Hunter Biden laptop story with @amolrajan on BBC's The Media Show. Listen to the full show here >>> https://t.co/GYbawxqmPm pic.twitter.com/YYwjtRHUBO

Ferrechio shot back: "Yeah, but that doesn't stop from reporting the Mueller and the Dossier and all that stuff."

“I understand that you have a lot of resentment about that,” Stelter said.

BBC host Amol Rajan turned to Fischer of Axios, who tried to strike a middle ground, that yes, we’re supposedly all attempting to confirm the New York Post story, but we also have to look at whether the Post story was foreign misinformation, so “you gotta see the forest for the trees." 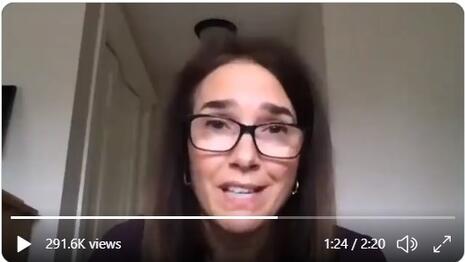 Ferrechio was still feisty. “Yeah, but no one looked at the forest through the trees with the president. It's always one-sided! Now it’s time to look at the forest. All I’m saying is let’s do it universally, okay?”

She added: “I didn't discard the Mueller stuff. I was much more skeptical because I knew the sourcing, and  I knew where it came from on Capitol Hill, where I have stood in the building for the last few decades. I have real reason to doubt that stuff and I constantly did, and it turned out a lot of it was a bunch of bunk."

Stelter argued Mueller put people in prison – as if that proved the phantom of Russian collusion. “I agree with you that it should not be ignored. But there’s a difference between reporters looking into it in their newsrooms versus going on the air with it when it’s unvetted."

“Give me a break,” Ferrechio shot back. “You never said that with Trump stuff. That’s BS!”

Except that’s not what happened with the New York Post story and CNN. They rushed to their Russiagate experts like Obama stooge James Clapper to dismiss the stories as "classic textbook Soviet Russian tradecraft" – without proving it.