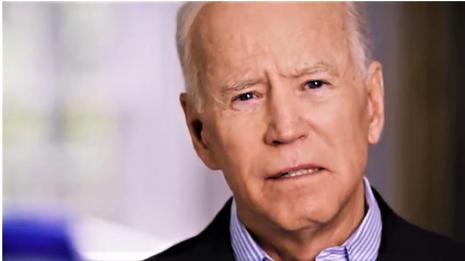 CNN wants to tell the everyday voter that Biden is such a moderate, or at least "more moderate" than....the socialist commissars who want to overthrow American capitalism.

Joe Biden ran a Democratic primary campaign pitting himself against the party's rising progressive wing. From health care to foreign policy, the former vice president rejected the left's most ambitious policies and successfully pitched voters on his more moderate vision.

That reality has complicated matters for President Donald Trump, who has long sought to portray Democrats of all stripes as a front for socialist radicals and anti-fascist protesters. The caricature rarely applies, but the dissonance is especially clear when Trump uses it to project an image of Biden -- who has spent decades in public life -- as a closet leftist sympathizer determined to advance the policies he spent the last year running against.

Really? Is he still running against the leftists in his own party? That’s not the picture you get from looking at Krieg and Bradner's recent tweets.

For example, Krieg retweeted a CBS reporter who noted socialist Bernie Sanders says Biden will be the most "progressive" president since Franklin Delano Roosevelt: 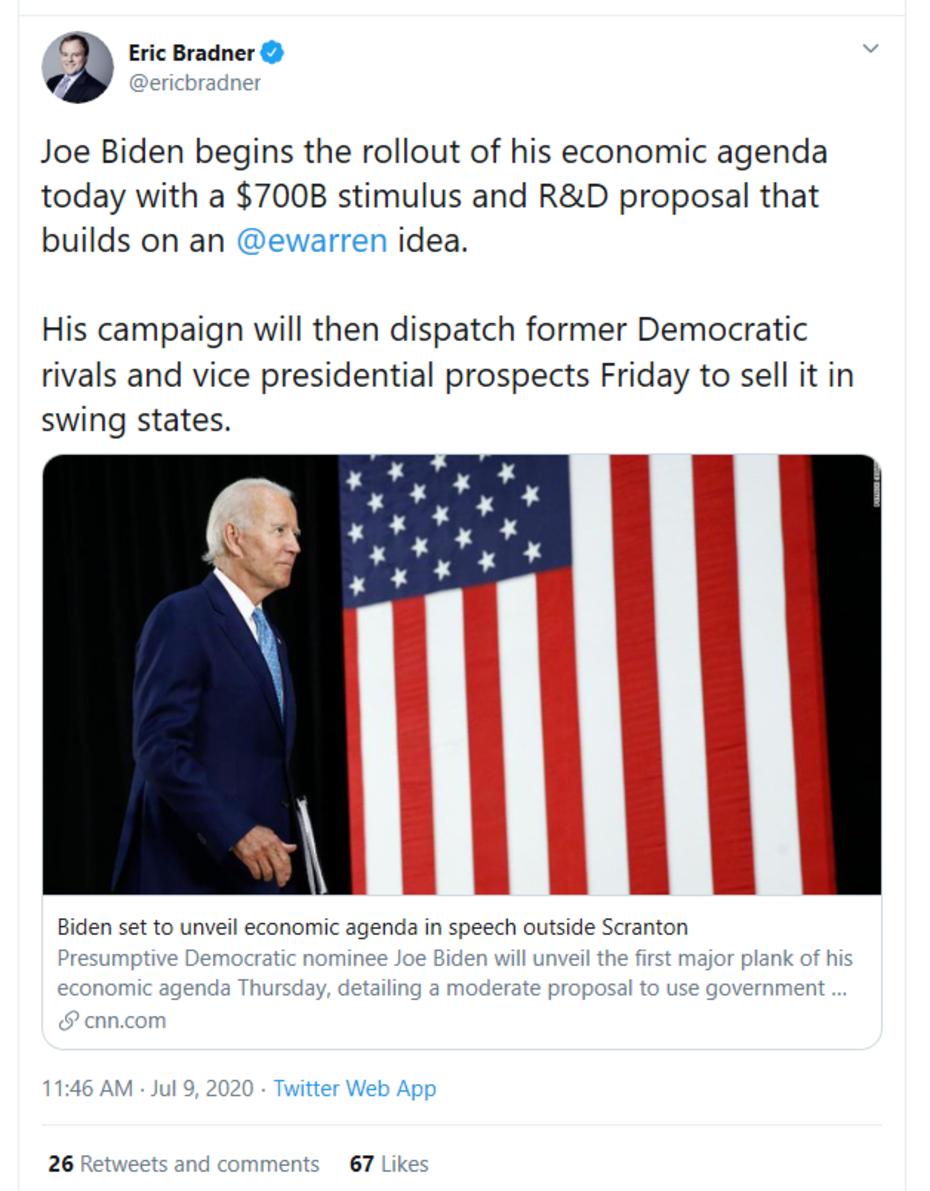 But the typical CNN snark was never missing: "Recently, Trump and his allies have tweaked their line -- up to a point. Biden is not, in most Trumpian tellings, the radical red menace himself. He's just either happy to clear the way for their ascendance or too afraid to stand up against them."

One reason to be skeptical of this whole argument is how they employ the actual red-hot radical leftists in Biden's defense:

New York Rep. Alexandrio Ocasio-Cortez, responding to a tweet from [Ted] Cruz that accused Democrats of supporting "riots," "vandals" and "anarchists," offered perhaps the pithiest counterpoint.
"Yes," she tweeted on Sunday, quoting Cruz, "that is why the party nominated... Joe Biden."
...

"It reminds me of some of the attacks against Barack Obama for being connected to the Weather Underground and Black nationalists and Palestinian activists -- that he was some sort of radical," said Waleed Shahid, communications director for Justice Democrats, a leading progressive group aligned with Ocasio-Cortez that has often been at odds ideologically with Biden. "It wasn't effective then and I don't think it will be effective now."

"Trump is so egregiously out of sync and overstepping, but Biden is also starving him of the oxygen he wants," Republican pollster Christine Matthews said.