Philip Bump Thinks He's Smart, So Why Did He Write This? 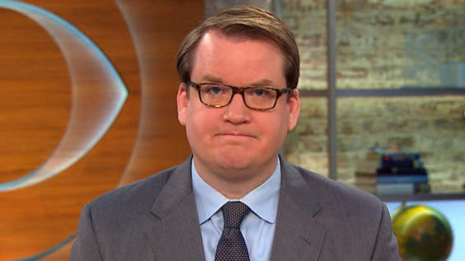 Philip Bump is a national correspondent for The Washington Post. He's worked there for six years, and has a college degree from Ohio State. He thinks he's a smart guy. So what would cause him to write an article this embarrassing?

The headline was "Trump keeps claiming that the most dangerous cities in America are all run by Democrats. They aren’t."

This sounds like a "fact check," but it should have the headline "Trump's facts don't matter."

Bump quoted Trump running down crime in big cities. “You hear about certain places like Chicago and you hear about what’s going on in Detroit and other — other cities, all Democrat run,” he said. “Every one of them is Democrat run. Twenty out of 20. The 20 worst, the 20 most dangerous are Democrat run.”

Fact check: Almost entirely true! Trump should have just said "the overwhelming majority of the most dangerous cities."

As Ryan Saavedra tweeted (and this article made the rounds!): 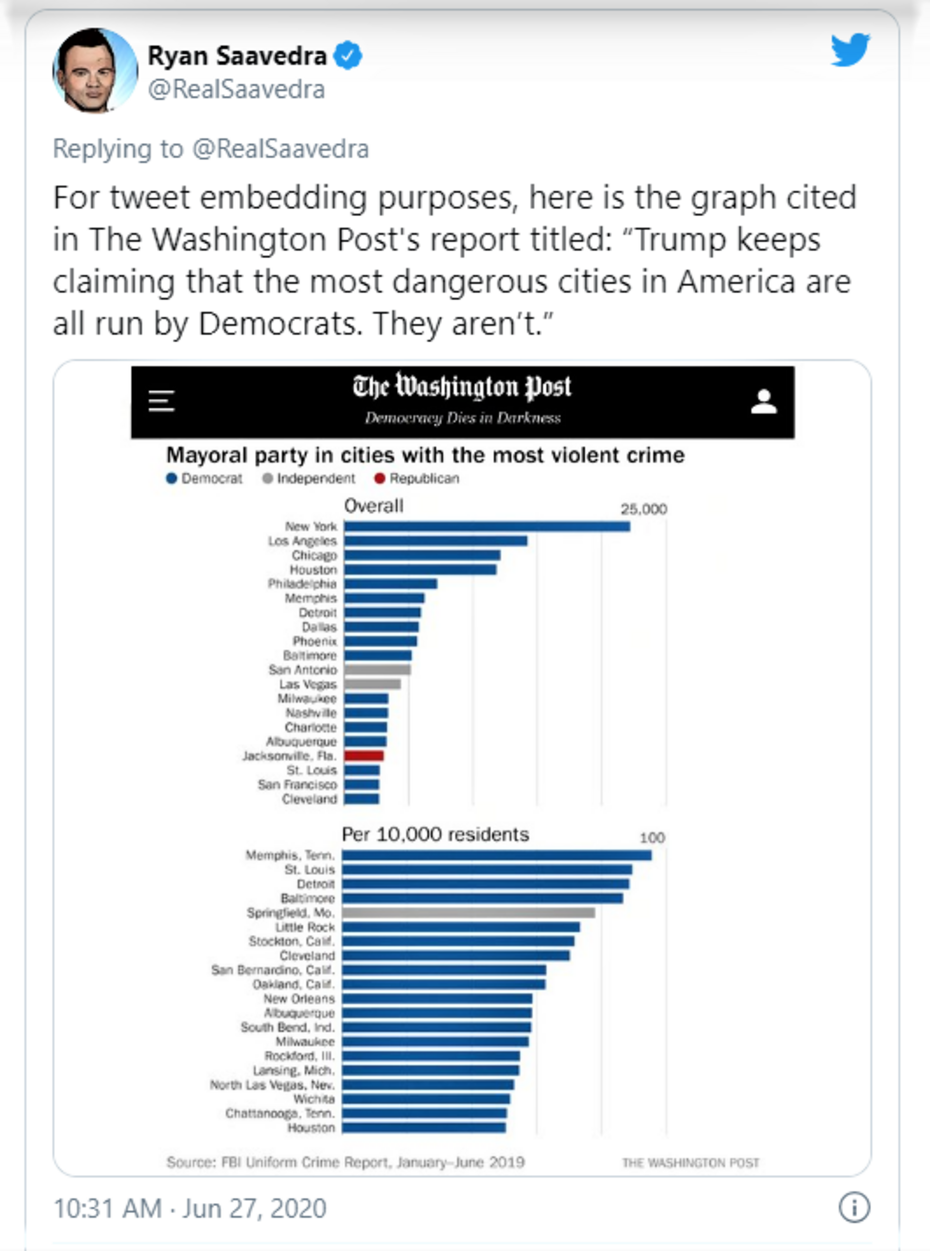 Bump admitted this -- because he had to -- and then grasped like a starving kid lunges for bread at the exceptions:

Then Bump tried to claim this fact doesn’t really matter:

Trump would no doubt shrug at that detail, decrying as “fake news” the revelation that his assertion was only slightly wrong. And, in fairness, it actually doesn’t matter that four of the 32 cities listed above have non-Democratic mayors — because it doesn’t really matter that the other mayors are Democrats.

In fact, Twitchy reports that Bump must have deleted a tweet where he called his Twitter critics "LEGIONS OF BOZOS." 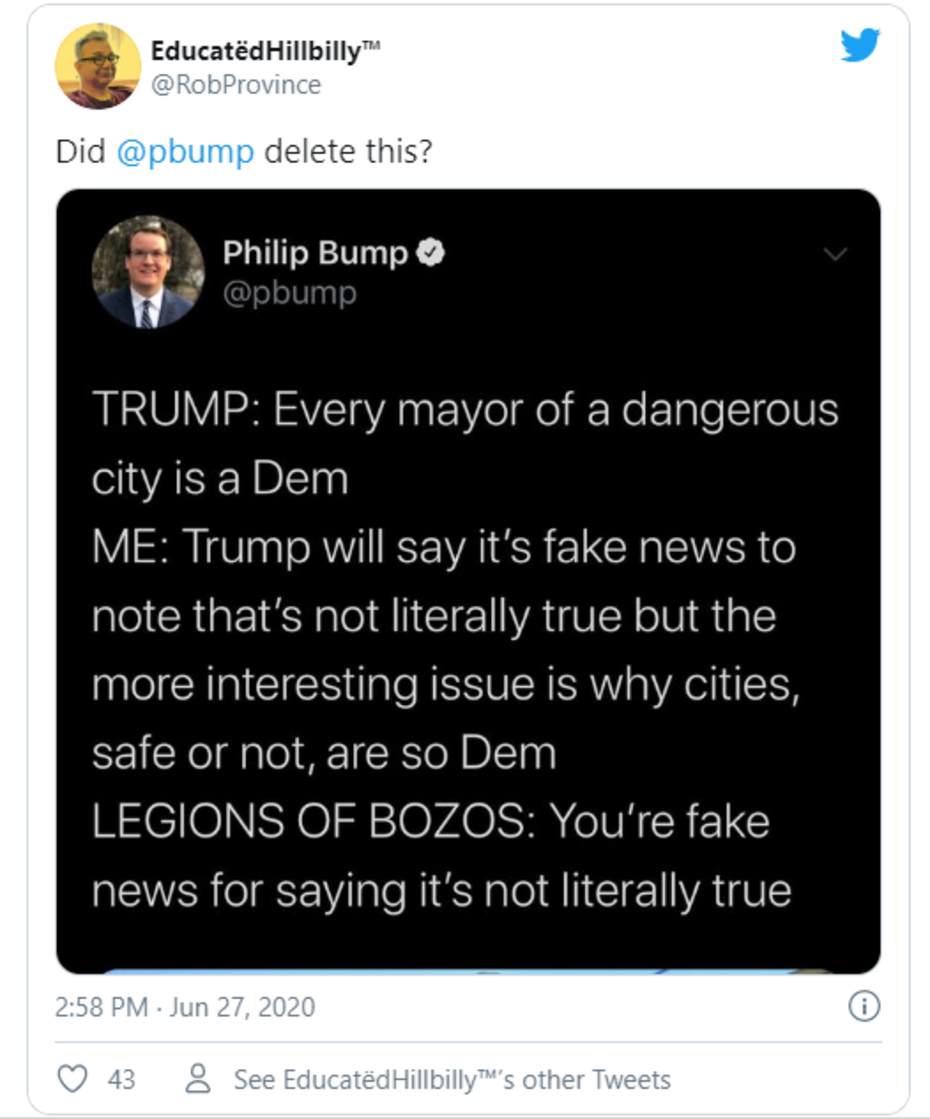 Bump is right on one point: these cities are so Democratic that high rates of violent crime never seem to result in Democrats losing to Republican or independent challengers. So politically, the facts don't matter at all for Democrats.

Cities generally have more crime than suburban and rural areas. That’s been true for decades if not centuries and is true across the planet. The connection has been the focus of repeated research. In other words, if it were the case that cities were also more prone to elect members of one party over another, it might seem as though the most crime-riddled places in America were a function of leadership from that party.

Conservatives wouldn’t argue that high crime is caused by Democrats. It's just that violent crime in big Democrat-run cities has been a problem for oh, half a century, and it never seems to matter...as they march oh-so-compassionately in the streets holding signs that say "Black Lives Matter." It's quite obviously a persistent problem that is tolerated -- by those who govern big cities, and by those who vote in them.

Rob Womack's response to Saavedra can close this out: