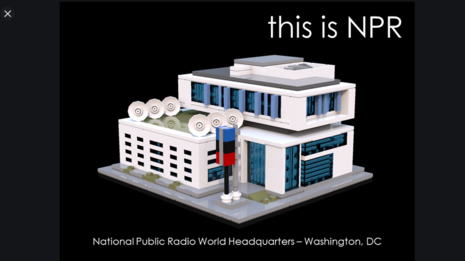 Is the notion of objectivity in journalism dead? The answer is yes, if you’re listening to NPR. On Tuesday, their morning talk show 1A had a discussion where all three guests were leftists who thought of objectivity as a dirty word. The segment’s title carried a tone of exasperation: “When Journalists Say They’re Objective — What Does That Even Mean?”

“In the midst of nationwide protests condemning systemic violence against Black Americans, at 1A, we support protesters’ demands for a right to live and to hold police accountable for using deadly force against Black people.”

They delight that 1A stands for the First Amendment, but it was a very one-sided conversation -- more of an internal discussion of objectivity as a disgusting obstacle. NPR takes our tax dollars and then attacks adding the balance of our viewpoint as racist.

The most well-known guest was Nikole Hannah-Jones, who just won a Pulitzer Prize for a factually reckless launch of the “1619 Project” at The New York Times Magazine, insisting wrongly that all the nation’s founders were slavery enthusiasts. She repeated the line that Sen. Tom Cotton should have never been allowed to have an op-ed in the Times on suppressing looters and rioters: "We also felt we were giving free space to a sitting U.S. senator to suppress the free speech right of Americans."

The second guest was Ricardo Sandoval-Palos, the “public editor” of PBS, who earnestly insisted “I’m a believer in activist journalism.”

The third guest, in a strange twist, was a producer of the 1A program, a black trans man named Morgan Givens, who delights in tweeting that President Trump is a “white supremacist fascist.” 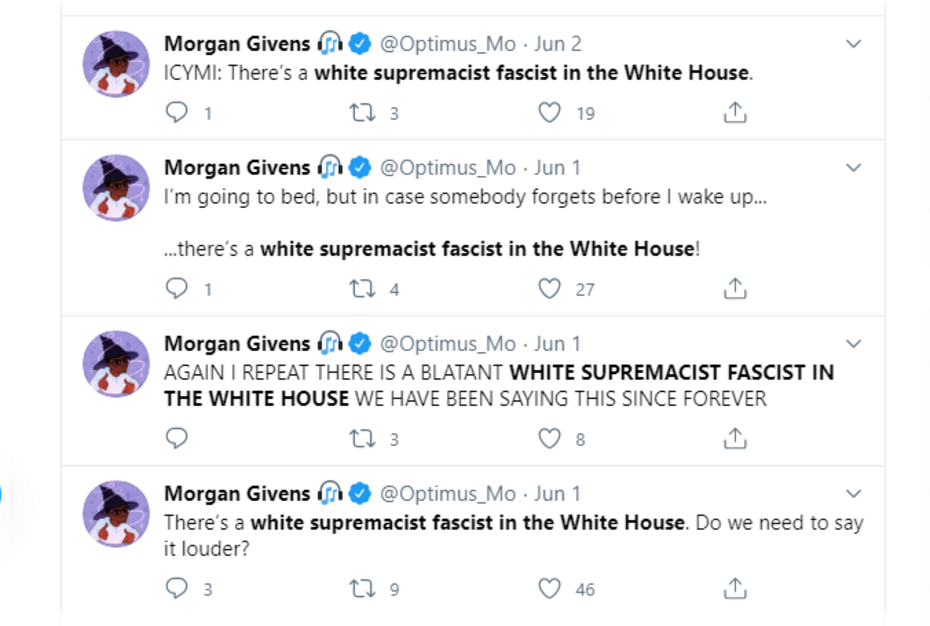 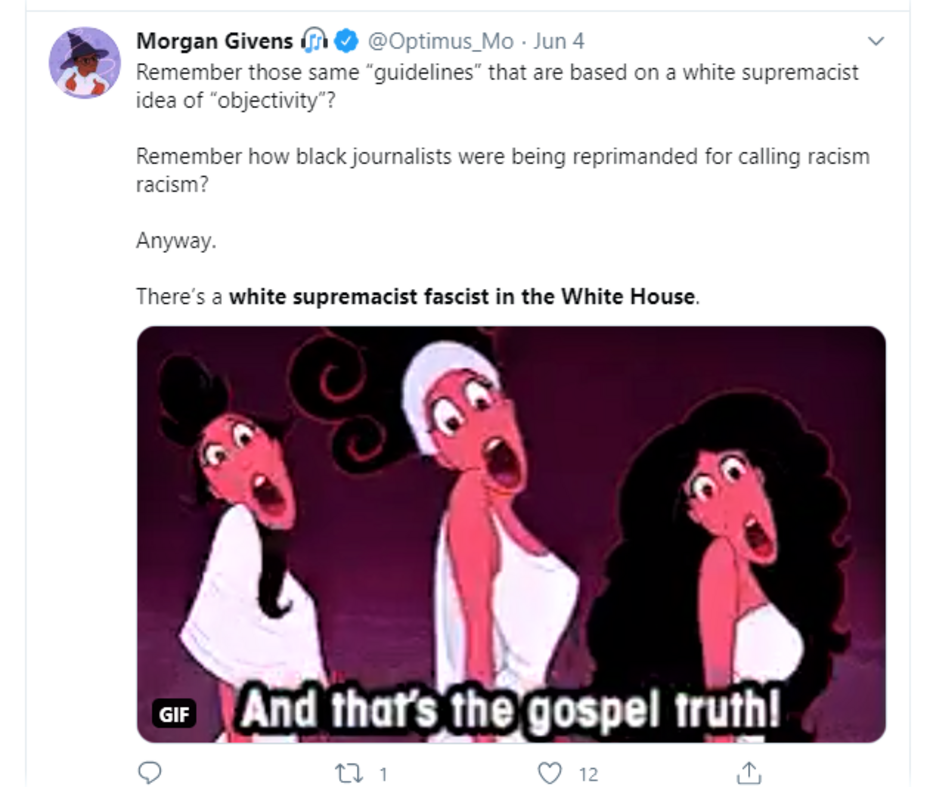 It seemed like he was brought in because there was an internal debate inside this show’s staff about this WSF tweeting. 1A Executive Producer Rupert Allman produced a statement that was posted on Twitter. It's curious that Allman would state that Givens using the F-word fell foul of the NPR guidelines....so let's give him a pile of air time on NPR. 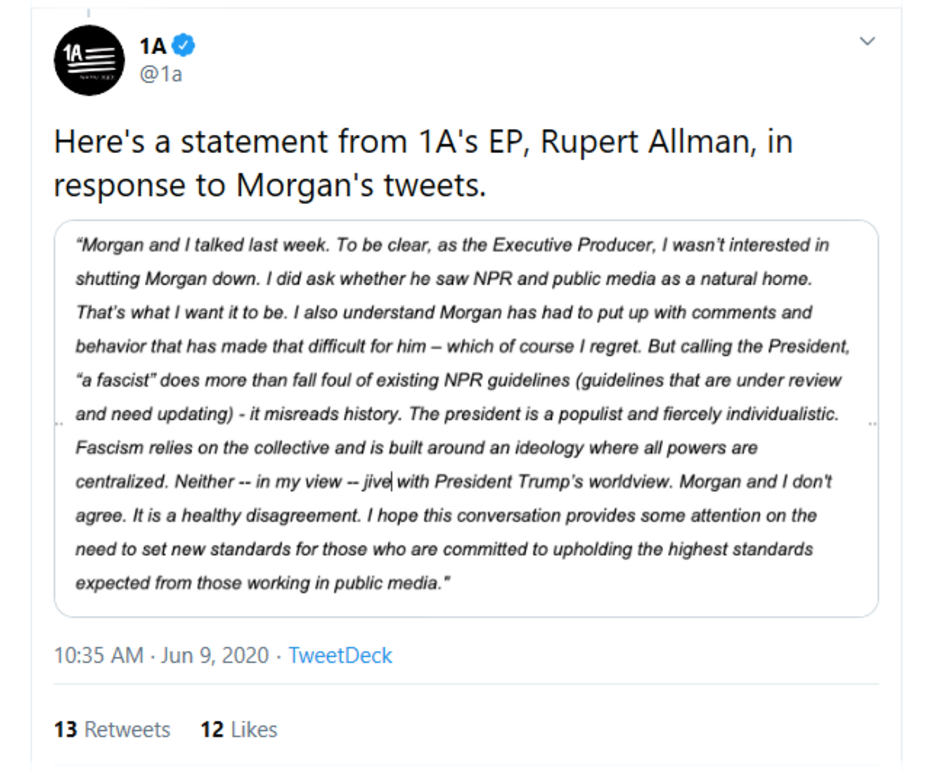 MORGAN GIVENS: When people point at me and say "how can you say that," I’m looking at them, like "How do you not have the knowledge of the institution in which you work, so that you cannot see it? How do you not have the historical awareness and the subjectivity and everything, and the knowledge that makes it so you can actually remove yourself as much as possible intellectually from the white supremacist system in which we all function, to actually name it!"

And the reason that that caused such a furor, I’m guessing, in the editorial building, or at editorial staff meetings, or whatever the case may be, is because the inability to call out fascism is directly linking to journalists’ inability to call out white supremacy in the United States, because the two are so inextricably tied.  And so I stand by what I said, because it’s the truth!

Before the show aired, Victoria Whitley-Berry, a director for NPR' s Morning Edition, delighted Givens by agreeing that "objectivity" is a white supremacist concept: 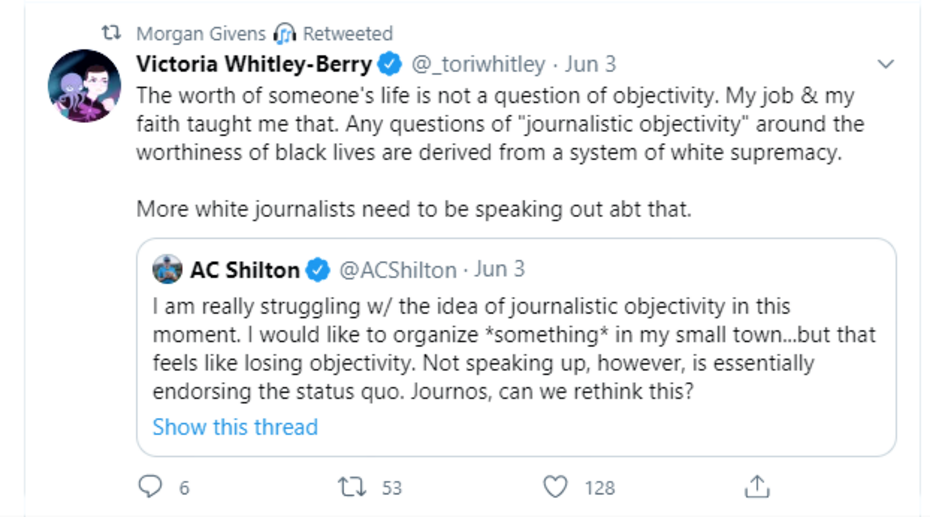