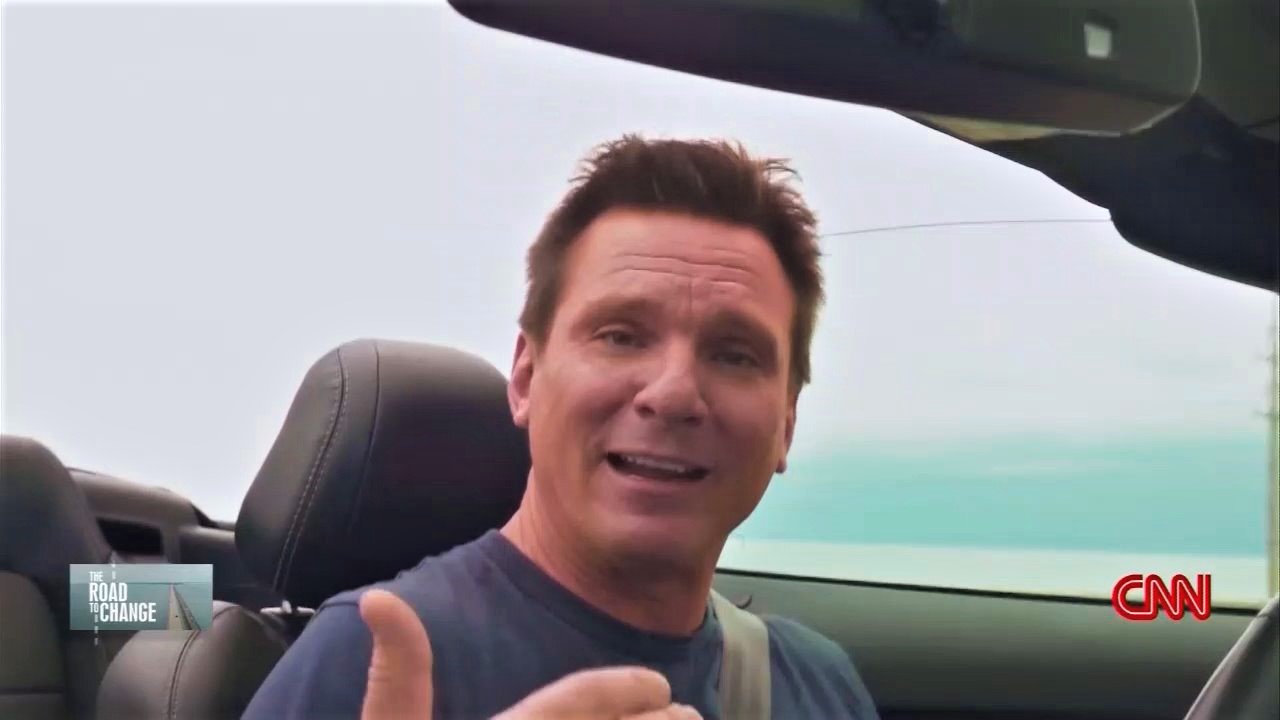 On April 25, CNN aired one of those dramatically one-sided climate fearmongering-documentaries with the unsubtle title The Road to Change: America’s Climate Crisis. Bill Weir, CNN’s chief climate correspondent, sounded the usual notes that we’re in dire straits, nearing “the end of life as we know it.”

Weir introduced his special as “a search for ways to turn our denial or depression into action. [Video of Greta Thunberg] To save the lives of millions we will never meet -- and a few we know really well [videos of small children]."

This matches Weir’s apology letter to his new son for ruining his planetary future with fossil fuels. The special spent 90 minutes promoting the alarmist view on global warming without including any scientists or policy makers or journalists who offer an opposing view. Again, it's the Cable Opinion Network (CON), not News.

Weir ripped conservatives as part of a "machinery of denial" funded by the oil companies. As he promoted climate activist/scientist Michael Mann, he presented the 2009 scandal known as "Climategate" as a "malevolent hoax" created by, among others, the late Noel Sheppard of NewsBusters and other conservative bloggers, like Ed Driscoll and Geoff Metcalf. There was zero rebuttal offered to Mann's "malevolent" spin.

WEIR: These days, it's hard to imagine the words "conservative" and "conservation" together even though they're just two letters apart....

WEIR: And then, in 2009, just as the world was poised to take real action at summit in Copenhagen --

WEIR: Someone hacked into a server at a university in England and stole over 1,000 emails between private scientists.

Then came the (visual) NewsBusters-bashing:

MICHAEL MANN, PENN STATE UNIVERSITY: I remember when I first learned of this, it was just before Thanksgiving 2009.

WEIR: Among the scientists whose emails were hacked, Penn State's Michael Mann, co-author of the famous "Hockey Stick" graph, showing how Earth's temperature had jumped in the 20th century, findings that have since been confirmed by the National Academy of Sciences.

MANN: They went through these stolen emails and cherry-picked individual phrases.

WEIR: By suggesting that scientists were making it all up, so-called Climategate hijacked the conversation at the worst possible time. [Video of headlines from PA Pundits, PJ Media, and NewsBusters.]

MANN: There were actionable death threats made to me and to my family.

WEIR: Multiple investigations from the EPA to the UK's House of Commons cleared them and declared Climategate was a malevolent hoax.

MANN: The only wrongdoing was the theft of the emails in the first place.

WEIR: But it only added more fossil fuel to the machinery of denial.

Weir failed to explain that the House of Commons inquiry took only one day of oral testimony and said it was not an inquiry into the science issues. I can't find the words "malevolent hoax" in there, or in the EPA press release. But Weir could always show us where he got that loaded phrase.

If you were to read the actual NewsBusters blog by Noel Sheppard -- as the scandal was breaking -- it's a very straightforward summary of what the hacked e-mails said. This is one of the "cherry-picked" phrases from Mann: "I’ve just completed Mike’s Nature trick of adding in the real temps to each series for the last 20 years (ie from 1981 onwards) and from 1961 for Keith’s to hide the decline."

In other words, Mann was fudging numbers. And, as we noted back then, these supposedly fact-based scientists worked to censor opposing viewpoints from the scientific literature:

It’s also important to note that these folks play a rough game of hardball. This isn’t about science. It’s politics – the brass-knuckles sort. In another e-mail from Jones to Mann, reported in The Washington Post, there’s talk of cutting skeptical scientists out of the official United Nations report: "I can't see either of these papers being in the next IPCC report," Jones writes. "Kevin and I will keep them out somehow -- even if we have to redefine what the peer-review literature is!"

In another, Jones and Mann discuss how they can pressure an academic journal to reject the work of climate skeptics, perhaps with a boycott: "Perhaps we should encourage our colleagues in the climate research community to no longer submit to, or cite papers in, this journal," Mann writes. "I will be emailing the journal to tell them I’m having nothing more to do with it until they rid themselves of this troublesome editor," Jones replies.

Isn't it fascinating that CNN -- which pats its own back daily on fighting the "authoritarian" nature of the Trump administration -- has no problem with the climate activist/scientists suppressing any opposing view? Just as CNN suppresses any opposing view on climate -- except to hold it up to ridicule?

We'd suggest Weir should go back to say, 1990, and see all of the same panicked "our world is almost over" language in network documentaries and ask how that turned out, thirty years later?