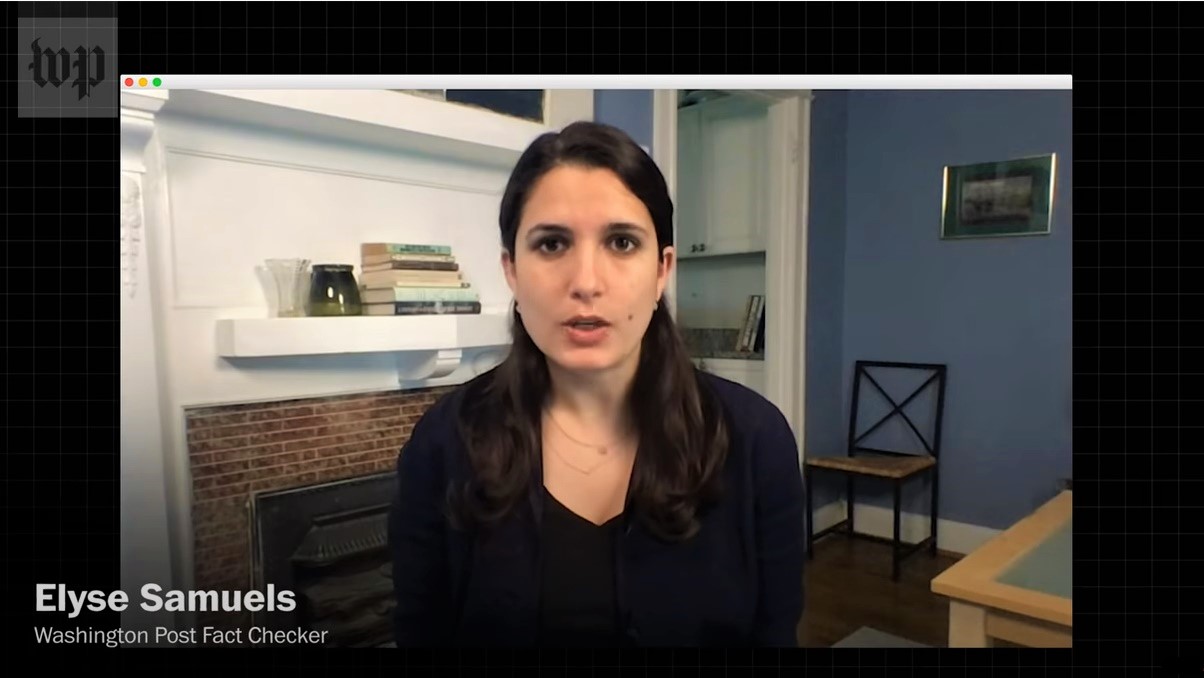 Liberals insist the science is unsettled on hydroxychloroquine as a cure for the coronavirus. If that’s the case, then why would The Washington Post "Fact Checker" squad give President Trump “Four Pinocchios” for touting it as a hopeful possibility? There aren't enough facts for a "fact check," but if Fox News is promoting it, it must be "incorrect."

There are anecdotal results of surprising recoveries using hydroxychloroquine. But the Post headline on Monday screams about the harm of "false hope."

President Trump earns Four Pinocchios for seizing on Internet speculation to promote a drug of unproven merit in combating covid-19.

The Post checks usually start with the offending “lying” quotes. But it doesn't look like Elyse Samuels and Meg Kelly found the “fact” quotes to "correct."

“But I think it could be, based on what I see, it could be a game changer.”

“Hydroxychloroquine — I don’t know, it’s looking like it’s having some good results. That would be a phenomenal thing.”

“It’s this powerful drug on malaria. And there are signs that it works on this. Some very strong signs.”

In a video alongside the article, Samuels insists "Online conversations, media articles, and politician statements have quickly and incorrectly labeled it as a cure for COVID-19. President Trump has repeatedly championed hope in the drugs."

And: “Hydroxychloroquine and chloroquine as treatments for COVID-19 are not backed by scientific evidence. In a pandemic, it’s important for everyone to follow the lead of scientists. Rumors on the internet are the least reliable sources of information, and politicians are not qualified to give scientific advice.”

The Food and Drug Administration approved the use of hydroxychloroquine as a treatment for coronavirus, but that's not to be seen as any kind of approval from scientists. Trump has made it clear in his "championing" of the drug that it's between a doctor and patient.

But the Post duo are playing a game of Consider the Source. She finds internet experts to worry that this argument went viral from “staunchly conservative” author Paul Sperry to those right-wing websites Gateway Pundit, Breitbart, and The Blaze, and then to Fox News and then to Trump.

They're also selective with anecdotes -- anecdotal shortages of the drugs for people with lupus or rheumatoid arthritis, and the anecdote that a man died from taking fish cleaner, thinking it was hydroxychloroquine. These women didn't find the anecdotes of people who claimed the drug cured them from their coronavirus symptoms.

Trump’s incorrect comments on the drugs and his role in advocating for their use, based on minimal and flimsy evidence, sets a bad example. His advocacy for this unproven treatment provides potentially false hope and has led to shortages for people who rely on the drugs. The president earns Four Pinocchios.

So will the "fact checkers" revise their verdict if research is added to confirm the so-called "minimal and flimsy evidence"? If the "potentially false hope" becomes true, do they admit they were wrong?

This Washington Post check has been rated Deeply Distorted, because it really isn't checking facts. For more, see our Fact-Checking the Fact-Checkers page.