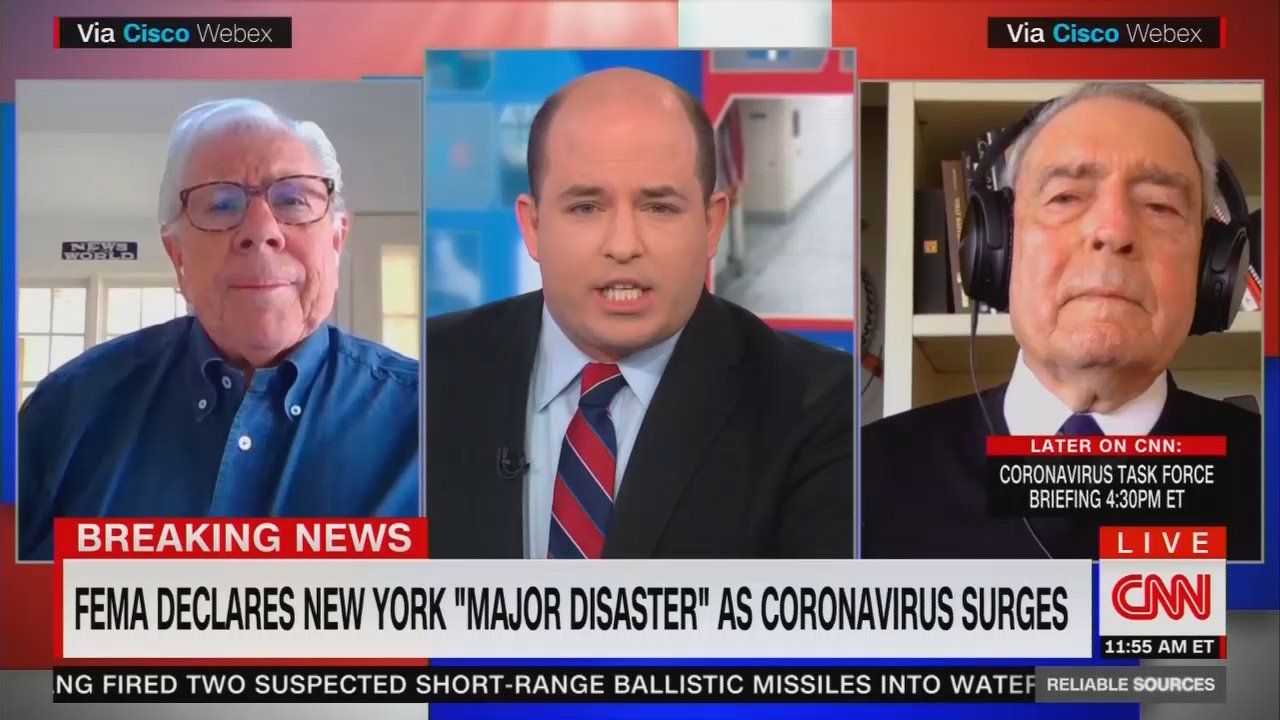 CNN's Reliable Sources was reliably liberal again on Sunday. After the show came out of airing a live press conference by New York Gov. Andrew Cuomo, host Brian Stelter and his guests, the "legendary news men" Carl Bernstein and Dan Rather, all sang Cuomo's praises.

“This has been a remarkable show of leadership by Governor Cuomo in recent days,” Stelter said, opening the encomiums. “He’s providing hope, but not false hope.”

When Stelter turned to Carl Bernstein and Dan Rather for their thoughts on Cuomo’s statements, Bernstein agreed it was “real leadership of the kind the President of the United States should have provided to the American people throughout this crisis and has not.”

For years, Bernstein has denounced Trump as an authoritarian, but now Bernstein thinks he needs to use his "vast authority" to the maximum!

CARL BERNSTEIN: We have a president of the United States who has shown authoritarian tendencies throughout his presidency. He now has the opportunity to use the vast authority of the presidency to do what needs to be done to make it possible for this health crisis to do what it can in this country to the maximum. And what the governor is saying is, Mr. President, I’m working with you. It’s time for you to use all of the power at your command to lead the American people and help the American health care system in our state and city.

When Stelter turned to Rather for his take on Cuomo, it was more of the same. "Well, first of all, this was a very strong performance, another strong performance by Governor Cuomo. And it echoes the kind of performance I think the American people are looking for, aching for, yearning for out of their president."

Then he went into a speech about how the president should be "using the power of the presidency" to crack down on price gougers. And "as a journalist," he wants to see someone name some names of these gougers.

Later, when Stelter asked how anchors should handle the coronavirus press briefings at the White House, Rather said "Well, first of all, to do our job, which is to get the facts, report as many of the facts as possible, connect the facts, and I want to say, until and unless he proves differently, to pay far less attention to President Trump. I really regret having just said that, but he's not going to come to anybody's rescue. And the faster we realize that, the better off we'll be."