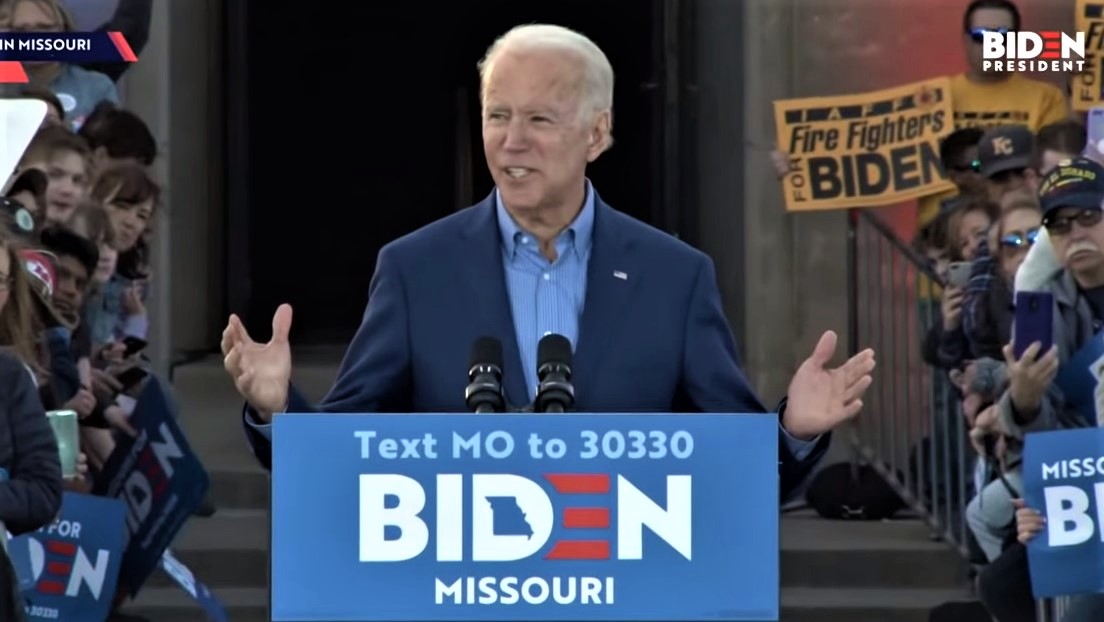 The independence of the “independent fact checkers” is looking very questionable again, leaping into the fray to protest that a tweet featuring a brief video clip of Joe Biden is somehow “Mostly False” (as PolitiFact ruled). They summarized it as "Video shared by Trump omits full context of Biden’s comments."

Earth to PolitiFact: the network "news" people omit the full context of quotes on a regular basis, but they aren't tagged as "deceptive" editors.

This pressed Twitter into marking the video as "Manipulated Video."

Trump social-media maven Dan Scavino tweeted a 13-second snippet of Biden making fun of him with the words “Sleepy Joe (zzz) in St. Louis, Missouri today: “We can only re-elect @realDonaldTrump.” #KAG2020LandslideVictory”. So apparently it’s “Mostly False” if you’re dumb enough to think Biden said “We can only re-elect Trump,” like it’s an endorsement instead of a gaffe.

I think Scavino's tweet isn't unlike a regular feature of The Tonight Show with Jimmy Fallon where he mocks President Trump's verbal bumbles in a segment called "Talk Like Trump." Audience members guess how he mangled a term in a video clip, and get a T-shirt of Trump's bumbled words. "Fact checkers" beware?

Biden, March 7: "If you want a nominee who will bring this party together, who will run a progressive, positive campaign, and turn, turn this primary from a campaign that’s about negative attacks into one about what we’re for, because we cannot get re-elect, we cannot win this re-election — excuse me, we can only re-elect Donald Trump if in fact we get engaged in this circular firing squad here — it’s got to be a positive campaign, so join us.”

-- Saranac Hale Spencer of FactCheck.org ruled this was “Deceptively Edited” and concluded “The president’s son also included some laughter emojis, perhaps suggesting that Biden – who is known for gaffes – had accidentally endorsed Trump.”

Biden did make that statement as he stumbled over his words. But the video snippet omitted what Biden said immediately before and after, which removes his meaning.

Biden’s overall point was to call for Democratic Party unity and to run a positive campaign, rather than intra-party attacks. The video stripped that out.

The video employs deceptive editing via omission. We rate it Mostly False.

The Trump tweet is an example of “Missing Context”: The video is unaltered, but the way it is presented to the viewer lacks or misstates the context in which events occurred. In this specific case, this is an example of what we labeled as “isolation” — a brief clip from a longer video to create a false narrative that does not reflect the event as it occurred.

At least Kessler understood the snippet was about Biden sounding addled: “But the video — eagerly shared by supporters of both Trump and Sen. Bernie Sanders (I-Vt.) — does not let viewers know that. Instead, it appears to be part of an ongoing effort to suggest that Biden, who stutters, is too old or feebleminded to assume the presidency.”

Team Trump complained that Biden's campaign did something very similar the other day, manipulated Trump clips to make it (inaccurately) sound that coronavirus was a "hoax." This is more deceptively manipulated than Scavino's....and the "independent fact checkers" are (typically) mute:

We can't sit by and lose this country to Donald Trump. Today, we take it back — together.

We rated these FactCheck.org, PolitiFact, and Washington Post arguments as "Deeply Distorted," for implying an selective (but unedited) video is "deceptively edited," while Biden is unscrutinized on the same count. For more, see our Fact-Checking the Fact Checkers page.