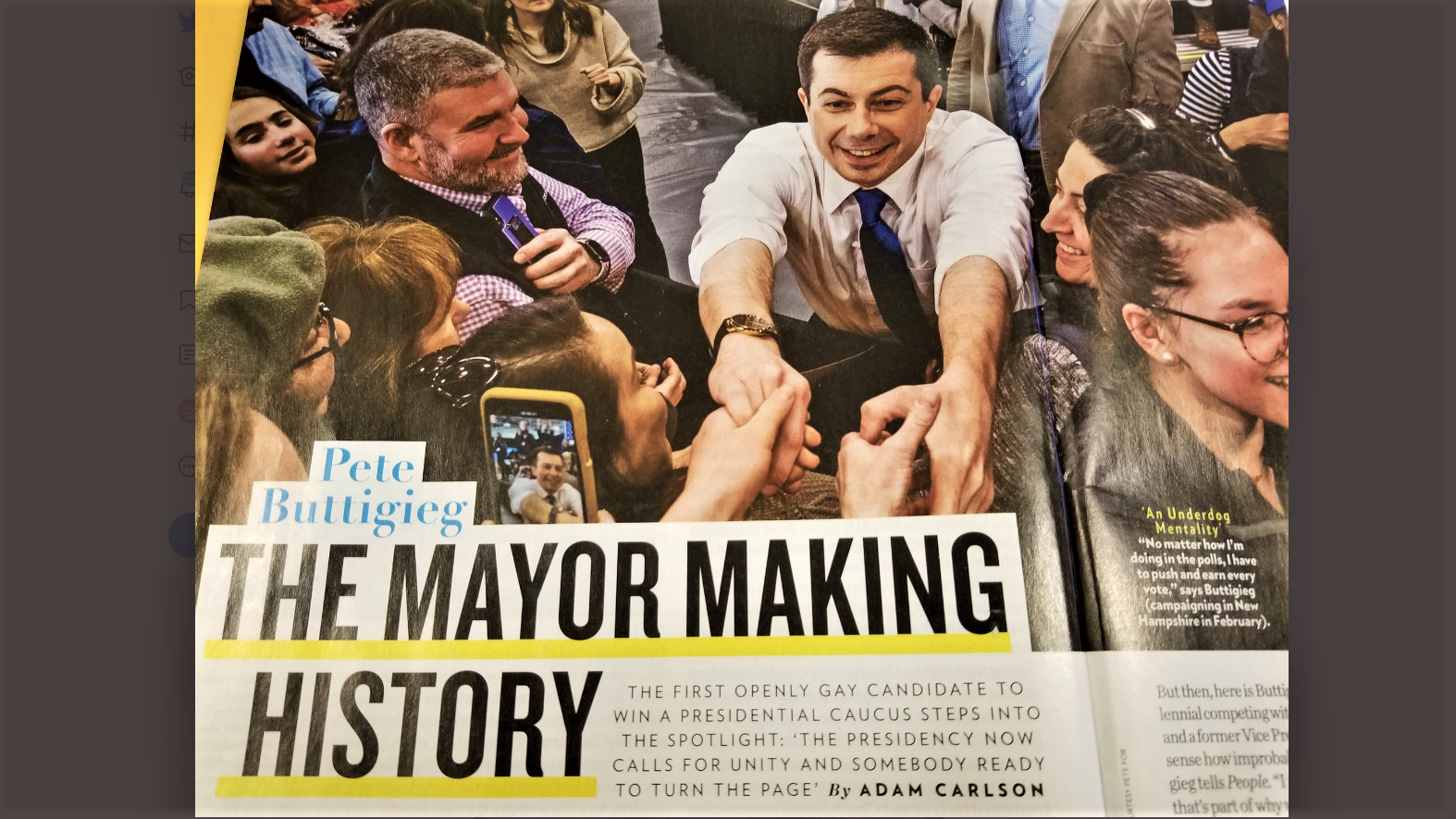 People magazine dramatically downsized its political coverage as Donald Trump rose to power. But in this week's issue, the Historic Moment of a gay man winning a Democrat presidential caucus was just too dramatic for them to avoid. The puffery was epic. The headline was:

THE MAYOR MAKING HISTORY: The first openly gay candidate to win a presidential caucus steps into the spotlight: "The presidency now calls for unity and somebody ready to turn the page."

This man is the "unity" candidate? That only makes sense if you think the radical things that all the current Democrat candidates back, from gun control to abortion, are somehow "unifying" instead of divisive.

Writer Adam Carlson underlined the amazement at the “progress” this candidate represents. “It can all seem unimaginable in a country that two decades ago widely criminalized homosexuality and until 2015 widely banned gay marriage.”

Next to the big triumphant pictures were small photos of “His Amazing Journey,” with captions about his childhood (He was “a quick study at life”), his “Service” for “seven months as a naval intelligence officer” in Afghanistan, and “The Man by His Side.”

Chasten (with Buttigieg at their 2018 wedding) paused his teaching job last year to campaign full-time, becoming a political star himself. “People just naturally take to him because he’s a magnetic and wonderful person,” Buttigieg says.

Mayor Pete...rocketed from Harvard to Oxford (on a Rhodes scholarship) to the Navy Reserves. At 29, he was elected South Bend mayor with 74 percent of the vote and two years later deployed to Afghanistan – an experience that now shapes his thoughts on war. “I wasn’t kicking down doors, but just the frequency of rocket attacks – the way I feel to this day when I hear that sound,” he says. “The effects follow you. We’ve got to be more aware of those costs.”

There wasn't one negative thought in the entire puff piece. It ended with Buttigieg taking in a strong second-place finish in New Hampshire:

The morning after New Hampshire, Chasten hugged him and said, “Stop and pinch yourself.”