The New York Times ran a promotional piece on National Public Radio on Monday headlined “NPR, Under Attack by Trump, Is Taking the Threat Seriously.”

This could be easily reversed: “Trump, Under Attack by NPR, Is Taking the Threat Seriously.” But liberal journalists can never admit they’re partisans attacking Republican presidents. No, they’re “sustaining democracy” or something.

Let me make a few quick points about this Rachel Abrams article on the front of Monday’s Business section. 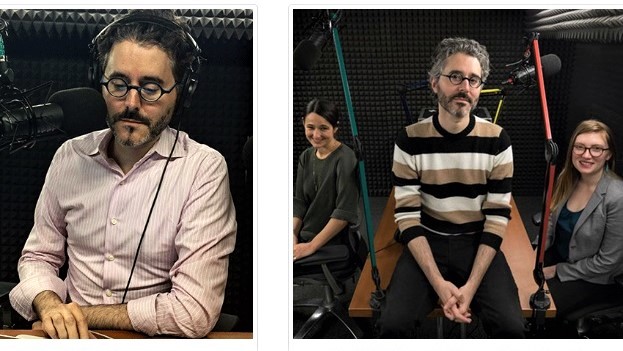 1. The glaring conflict of interest. The Times never mentions it has its own half-hour podcast hosted by Michael Barbaro (pictured) called The Daily. It airs on “more than 150" NPR stations. The Washington Post mentions owner Jeff Bezos in nearly every Amazon story, so this disclaimer should be mandatory for the Times covering NPR.

2. The ridiculous NPR-funding math. NPR advocates routinely and blatantly lie about NPR’s percentage of federal funding. They expect no one understands the shell game: the Corporation for Public Broadcasting sends out “Community Service Grants” to NPR stations, and the stations send chunks of the money back to NPR in D.C. for “programming costs.” But we get this:

NPR is not taking the potential threat lightly. About 1 percent of its budget comes from federal money, but Mike Riksen, an NPR vice president, said the funding was “essential” to public radio.

3. The "threat" of cutting public radio-TV funding never materializes. Despite the "threat" headline, Abrams does get this right, that public broadcasting is "not in danger." In my thirty years on this beat, liberal journalists have churned out an incessant amount of propaganda about the phony "crisis" of defunding. Trump proposed a budget cut. George W. Bush's budgets zeroed it out. No one takes this seriously on the Hill, even though Republicans know NPR is slanted against them.

4. The ludicrous idea that NPR helps Republicans, or is beloved by Republicans. As Joseph Vazquez has recently noted, liberal organizations are big financial supporters of NPR, and its CEOs often donate to Democrats. This wacky anecdote came from Paul Haaga, the "longtime Republican donor who is the chairman of NPR’s board of directors."

"Everybody"? Sounds just like Ted Cruz, right? The ending of the article is truly bizarre, implying that supporting NPR is ultimately good for conservatives because it "informs" the public:

NPR affiliates are often the main sources of news in rural areas, said Mr. Haaga, the board chairman. He added that public media, despite the criticism from some Republicans that it has a liberal bias, should be seen as a good thing for conservatives.

“As I tell my Republican friends, our ideas are better than the Democrats’ ideas, so we benefit disproportionately from an informed public,” Mr. Haaga said. “Sometimes people chuckle over that. But then they realize it’s true.”