Rampant editorializing broke out at ABC News after their live coverage of President Trump’s remarks about his acquittal on Thursday. Inside the East Room at the White House, reporter Jon Karl described Trump’s remarks as “incredibly vicious” and “very personal.”

Then anchor Tom Llamas played competing clips of President Trump and Speaker Pelosi criticizing each other about prayers and their sincerity. Llamas set up correspondent Terry Moran for an agitated lecture about the “new low” in American discourse.

TOM LLAMAS: Terry, this is all  fallout from the impeachment trial. There used to be an unspoken rule in politics. You don't go after someone’s faith. That did not happen today.

MORAN: That didn't, and that was the unspoken rule. Faith was one of those things that was kind of the background reality of American life, respected in our individual faith traditions or beliefs or lack thereof as a conscience in each individual, and that is at the core of American equality. One respects each other's choice. We didn't fight with faith, with words of faith. I’ve been in plenty of countries that do. They're troubled. They're usually violent. They're hateful.

This is definitely crossing a line here. When we wield the words of belief, when we scorn each other’s professions of faith at the highest hevel of American politics, two constitutional officers, the president and the Speaker of the House spitting contempt at each other's professions of faith, that is a new low in American political discourse, and I think what we saw from the president – he is changing the way presidents speak, for better or worse, and probably for the worse.

Presidents, one of the things that we look to them to do was to set a standard of how we can talk to each other, in a very diverse and pluralistic country where feelings do run high, where tempers do flare in politics and presidents who were expected to fight for us and scrap for us were also to the level of our debate. Trump takes it down. He takes it down into profanity, into vulgarity, into the very depths of the language, joyfully  gleefully, this is his moment of triumph and he chooses it really to go after his opponents –  one can understand his feelings – in the worst possible way. The language of presidents, which used to be elevated, has changed.

Factually, this is simply not true. And we're not just thinking of how much reporters hate "thoughts and prayers" messages after mass shootings. We can remember Hillary Clinton sneering about Republican "Pharisees." 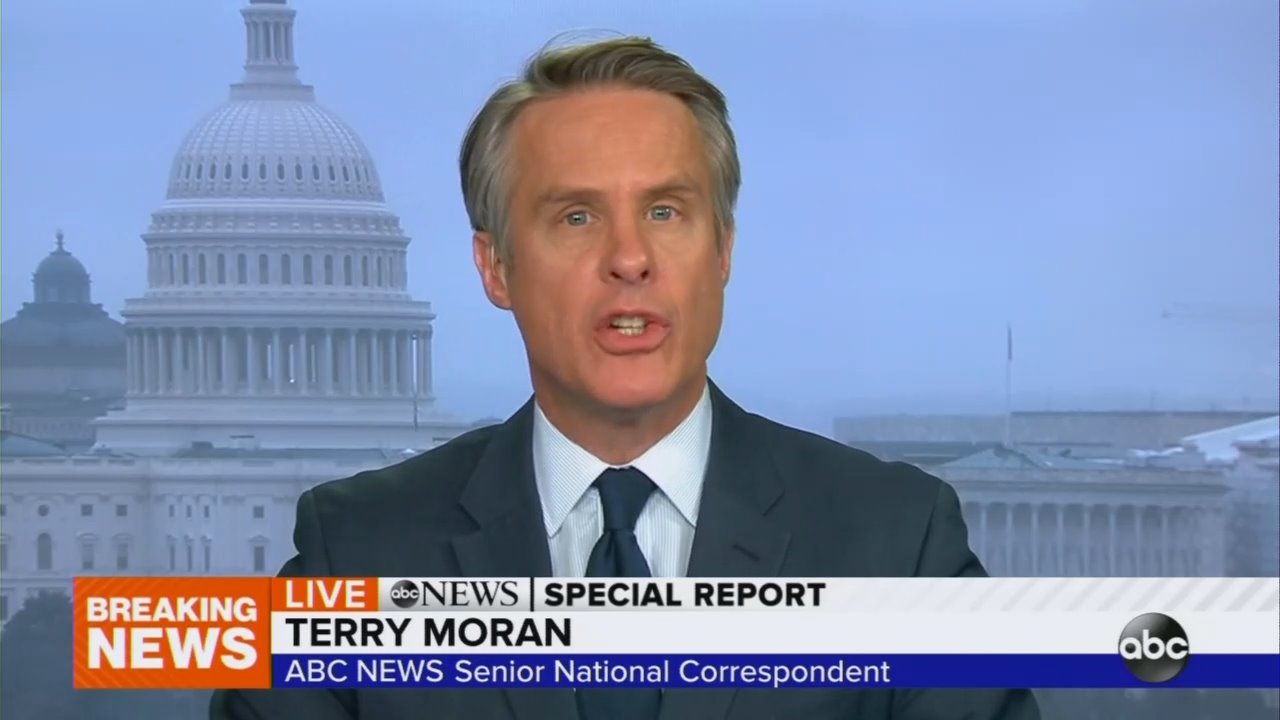 Back in 2007, Moran made it an issue when John Edwards staff bloggers Amanda Marcotte and Melissa McEwan trashed Christians. (Then he didn't ask Edwards about it.) Marcotte offered this hot joke:

Q: What if Mary had taken Plan B after the Lord filled her with his hot, white, sticky Holy Spirit?
A: You'd have to justify your misogyny with another ancient mythology.

But this is the same Terry Moran that ripped Rick Perry’s campaigning to conservative Christians two presidential cycles ago as denigrating non-Christians.

I also took the opportunity at this juncture to ask Mr. Obama about how the presidency is affecting and shaping his spiritual life, and he said, Charlie, that before he was elected, he had a habit of praying every night, but that now he prays all the time.