Here's another bad sign that the impeachment trial is flopping for Democrats in public opinion. Axios social-media guru Neal Rothschild worried out loud in an item headlined "Impeachment trial draws shrugs -- by design." That's not exactly by the Democratic design. It's a GOP conspiracy! 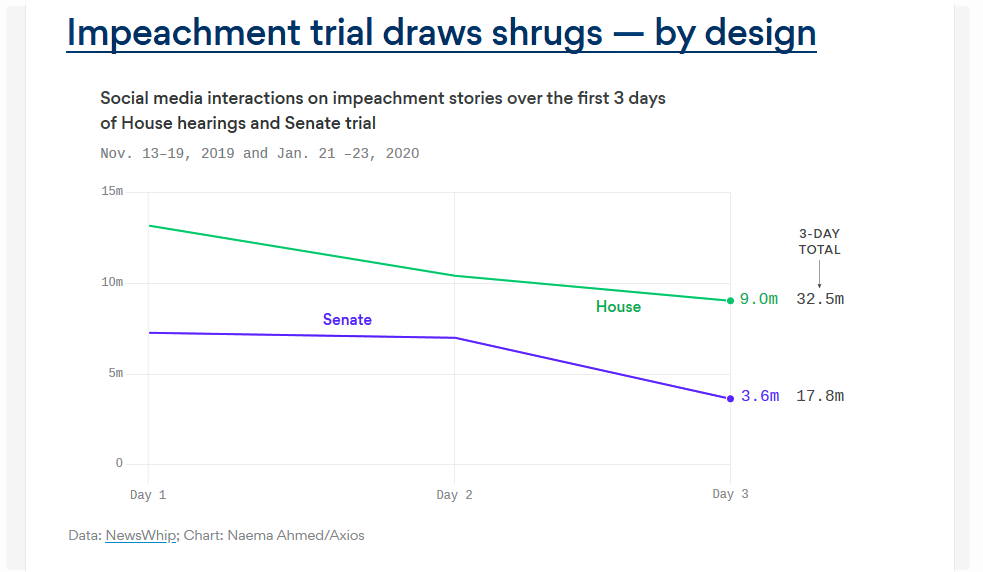 The big picture: That was by design. By blocking Democratic attempts to subpoena new documents, the Republican-controlled Senate made sure no dramatic new information would surface during the first few days of the trial — and made it easier for Americans to tune out.

How can you tune out if you haven't tuned in? Ratings have been lower than the soap operas get on the Big Three networks. 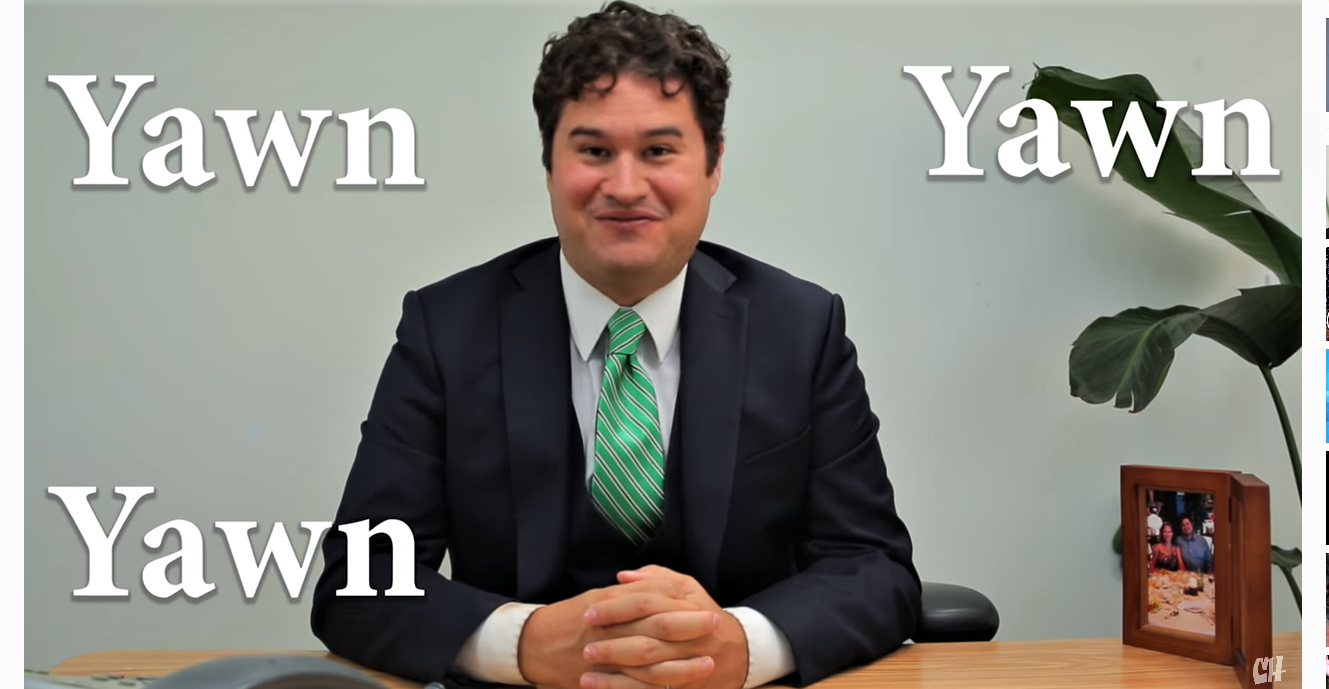 Isn't it obvious that viewers might see the trial as a repeat? The House managers literally played a pile of clips from the House hearings. And who builds TV ratings when everyone knows this show will be canceled -- by an acquittal?

Rothschild complained: "don't forget that we already know the ending of this trial, thanks to Trump's red wall in the Republican-controlled Senate that makes his conviction and removal virtually impossible."

It gets worse. "Of the 25 biggest stories about Trump during these three days, only three were related to impeachment."

Liberal Democrats just keep hoping, time after time, that something, anything new is going to "change the dynamic" so Trump can be ruined. Rothschild could only conclude:

The bottom line: The gravity of the charges against Trump is serious, but without something to change the dynamic — like witnesses who could provide new information, or suspense over the outcome — it hasn't been enough to keep the country hooked.