NBC Reporter Echoes DNC: Trump Violated 'One of the Founders' Most Primal Fears' 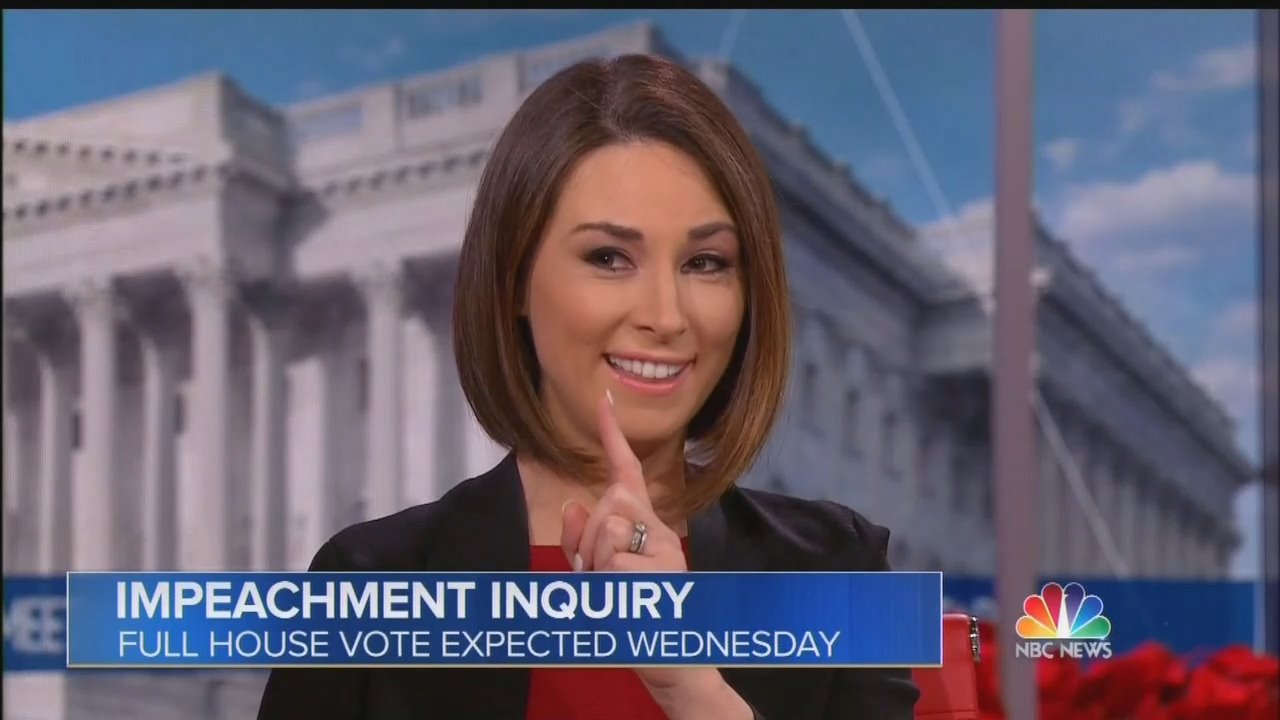 On Sunday's Meet the Press, NBC reporter Heidi Przybyla sounded in sync with the Democrats on how tremendously weighty this impeachment is as a historical marker. President Trump violated "one of the Founders' primal fears," foreign interference in our elections.

Meet the Press host Chuck Todd began the panel discussion by noting Rich Lowry wrote a column conceding that while the impeachment is by its rarity is "historic," it's already fading in importance. "Ultimately, impeachment is going to get swallowed up by the news cycle, like everything else."

New York Times White House correspondent Peter Baker exaggerated a bit, that the Clinton impeachment in 1998 felt like "the biggest story in the history of the world," this is just another storm in the Trump era: "Three years of intensity, nonstop, hurricane gale-force conflict in Washington. And this just feels like yet another chapter in that, rather than something unique." That's where Heidi needed to proclaim the press needed to keep up the doomsaying:

HEIDI PRZYBYLA: So I think that's where our role, as the media, is important, to point out where we are, take a pause, this moment in history. This president is about to become the first president, in the history of this nation, who will be impeached for violating one of the Founders' most primal fears, which is inviting formal involvement into our elections. We all saw it. We saw it on the South Lawn. We saw it in the call summary. So the only question now, really, is how the public is going to respond. The outcome is preordained in the Senate. He will be acquitted. They may have a trial, short trial, long trial. He'll be acquitted. And then the question is, a year from now, how are voters going to respond to that?

Przybyla insisted the only certainty is there's going to be more dirt coming out on Trump (and they all skipped the Inspector General's report):

PRZYBYLA: There's only one certainty. And that is, we're going to have more information coming out. We've got all of these court cases winding their way through on his tax returns, on all the documents from State Department and OMB that are being withheld. We've not heard from any of the people who were in his immediate inner circle. That could all change in a year. And the question is going to be, who's going to be more angry, Trump's base, who believes that he was exonerated, or the Democratic base, who believes that he walked? I don't think we know yet. Because it's also not going to be the only factor that goes into the election.

Fellow panelist Danielle Pletka gently pointed out that there are many Americans who aren't buying that "broke the sacred vows of the Founders " stuff, and Pryzbyla replied "That comes back to the media, doesn't it?"