In the second term of President George W. Bush, former CIA agent Valerie Plame was the darling of the anti-war Left, including the liberal media. In 2019, Plame is still a media darling, as demonstrated by a Monday puff piece in The Washington Post. Under a picture of Plame campaigning for Congress at a parade with a bunch of children, the headline was "The spy who came into her own." Jada Yuan brought the usual sugary flourishes: 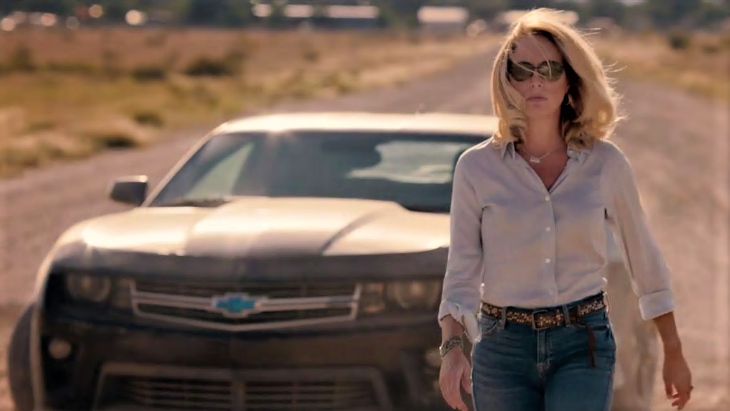 SANTA FE, N.M. -- Valerie Plame angled her face toward the sun. As someone who spent so much of her life in shadows, concealing her identity as an undercover operative for the CIA, she seemed to have gotten used to the golden light of New Mexico, energized by it, even. Energized enough — or perhaps foolish enough — to give up the privacy that was once so brutally ripped from her to run for Congress....

On the patio at Harry’s, Plame was hard to miss with her blond hair, blue jeans and a pristine white short-sleeve shirt. She looks astoundingly good, at 56, as if the high-altitude desert air has preserved her skin since the day she arrived here 12 years ago.

Guess what wasn't in the puff piece? Any mention of Plame's anti-Semitic tweet controversy. As Post editorialist Molly Roberts wrote in 2017:

On the first full day of Rosh Hashanah, unmasked CIA officer Valerie Plame tweeted out an article entitled, “America’s Jews are driving America’s wars.” As if the headline weren’t bad enough, the essay appeared on a website featuring such pieces as “It’s time to re-think David Duke.”

Was Plame really "brutally ripped" from privacy? Was she victimized? Or did she and her husband Joe Wilson go to war on the Bush "neocon" war strategy in Iraq? She recommended her own husband for a mission to assess Saddam Hussein's plans to seek uranium in Niger for a nuclear bomb.

Miss Privacy was publicly pictured in sunglasses as she and her husband were honored in Vanity Fair. They struck his-and-hers book deals (ka-ching). Her book was titled Fair Game. She cashed in. Yuan elaborated:

The book became a thriller starring Naomi Watts and Sean Penn, from the director of The Bourne Identity. [ka-ching]

She wrote a couple of well-reviewed spy novels with New Mexico author Sarah Lovett about a female CIA operative. [ka-ching]

She flew off to give speeches sometimes, mainly as a source of income, slowly getting comfortable with her now-irrevocable status as a public figure. [ka-ching]

Mostly, though, she was a soccer mom who volunteered for local nonprofits.

Now, after her husband died, briefly after they divorced, she's still living in a mansion she just can't sell, the poor victim:

She’s outside the house that she still hasn’t managed to sell, two years later, leaning on a black wire patio table, staring across the ridge at a lush valley and the Sangre de Cristo Mountains beyond. The building is beautiful: adobe with tons of windows and a traditional wood ceiling with beams made of branches stripped of their bark. “But it’s always been too much house,” she says — monetarily, maintenance-wise.

Her fame has led easily to fortunes in political donations: "Plame is way, way out front. A detailed report from the Albuquerque Journal shows she raised nearly $447,000 in the third quarter, and nearly $686,000 overall." Don't cry for Plame. She's a liberal star.