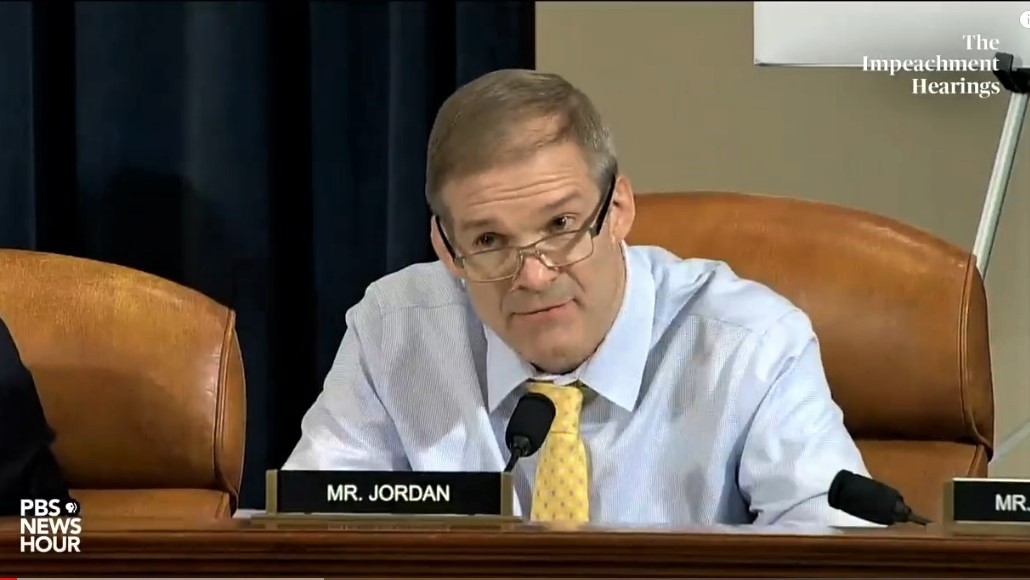 Washington Post fashion critic Robin Givhan offered her classic take as a frustrated liberal editorial writer on the first public impeachment hearing in the House on Wednesday. The headline in the paper was "Be a sport, Jim Jordan, and put on a jacket." Online it was "For dignity’s sake, Jim Jordan, put on a jacket."

Givhan lectured that the conservative from Ohio was somehow betraying the Constitution in shirt sleeves:

Everyone else was willing to offer at least a symbolic nod to decorous formality, to that old-fashioned notion of civility. Jordan announced himself as the man who was itching to rumble. He was the guy who came not to do as the Constitution demands with measured deliberation but to brawl.

The Democratic witnesses, on the other hand, were completely appropriate:

George Kent, the deputy assistant secretary of state, wore a three-piece suit, no less. He paired it with a genial bow tie and an expression of bemused patience when questioning veered off road. His right eyebrow, with its rise and fall, was a soliloquy on professorial forbearance. Acting ambassador William B. Taylor Jr. was also duly attired in a suit, with a green four-in-hand — his brow furrowing with his efforts to sort the questions from the chaff.

But Jordan, in his role as a representative of the American people, couldn’t be bothered to suit up.

This is the same Givhan who has ruled her queen Michelle Obama can "wear whatever she likes."

Jordan, in his pale blue shirt and yellow tie, began his questioning Wednesday afternoon by rereading Taylor’s previous testimony, racing through his own statements that stood in for questions and interrupting the witness when he attempted to respond. Jordan stared at Taylor over his reading glasses. Jordan yelled at him and then nodded impatiently when Taylor managed to utter a few words.

The congressman made references to “church prayer chains,” which served as a reminder that he is the sort of man for whom religiosity and righteousness are always front of mind. Jordan began at least one sentence with “No disrespect …” which always means that disrespect is forthcoming. It came in the form of a smirk. 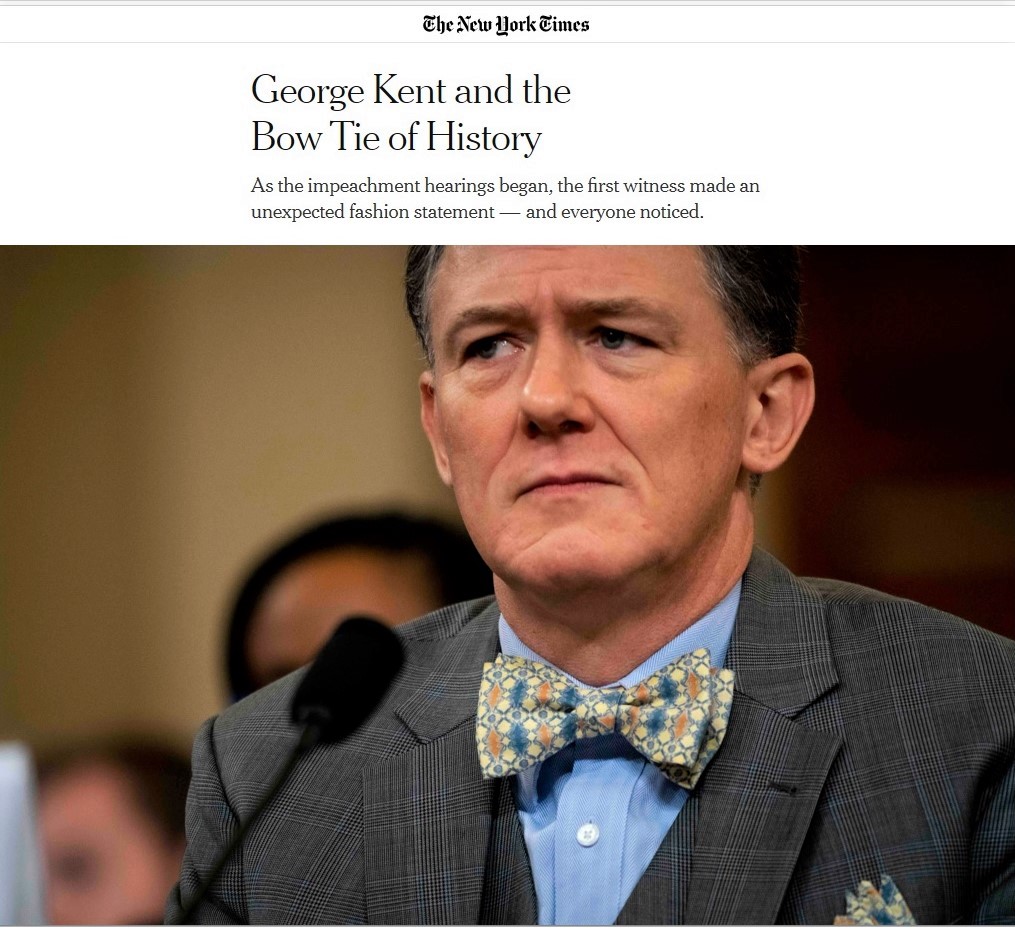 Vanessa Friedman at The New York Times seemed to be cribbing from Givhan's Book of Politicized Fashion Criticism with a review flatulently headlined "George Kent the Bow Tie of History: As the impeachment hearings began, the first witness made an unexpected fashion statement -- and everyone noticed."

A lot of people noticed it. A lot of people commented on it. Hands down, the majority voted yes on it. It soon got its own Twitter hashtag: #GeorgeKentsBowTie. The Daily Beast even crowned Mr. Kent an immediate “fashion icon.”

The Times then reprinted gob-smacked tweets, including this one:  "I know this isn’t a fashion show, but if the #ImpeachmentHearings WERE, Mr. Kent in this suit and bow tie combo would definitely win." And this: "George Kent and his bow tie and his quizzical expression are very huggable."

But the Post and the Times, no one can tell which side they're on, right?