Politico Poobah Did NOT Admit 'The Media Has a Right-Wing Bias'! 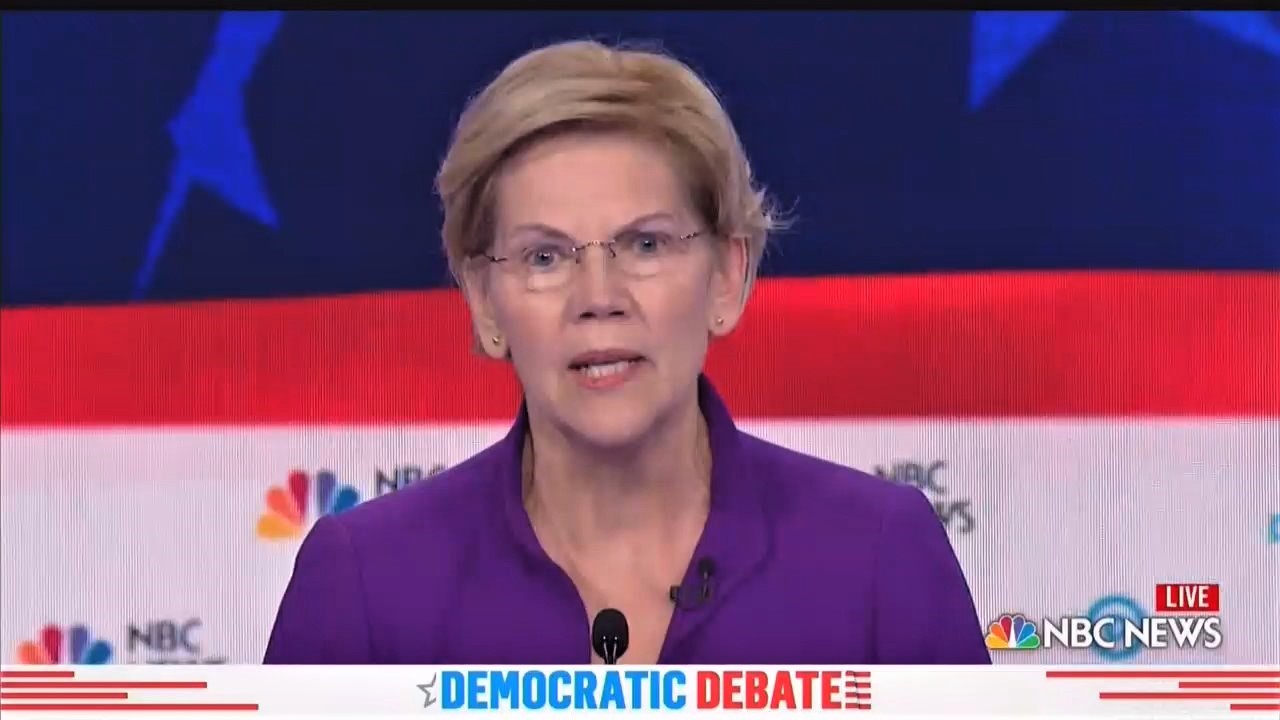 The New Republic posted a false headline on Friday: "The Media Has a Right-Wing Bias. Politico’s Founder Just Admitted It." In a Politico Magazine article dismissing establishment Democrats panicking over Elizabeth Warren and "Medicare For All," John F. Harris actually admitted the idea that the media has a centrist bias -- which also strains credulity. Alex Shephard freaked out over this passage from Harris:

A quarter-century covering national politics has convinced me that the more pervasive force shaping coverage of Washington and elections is what might be thought of as centrist bias, flowing from reporters and sources alike....This bias is marked by an instinctual suspicion of anything suggesting ideological zealotry, an admiration for difference-splitting, a conviction that politics should be a tidier and more rational process than it usually is.

Here’s something I’ve long believed—more or less—that many in Washington media and operative classes in both parties also believe. For all the talk of ‘polarization,’ if you sent delegations of high-level Washington Democrats and Republicans to a secret retreat (say, to Andrews Air Force Base) and all sides were insulated from backlash from their party’s own activists, this group would not have an especially difficult time striking a comprehensive agreement on immigration reform, or modifying Obamacare, or a long-term budget accord. David Gergen would approve.

Shephard barely acknowledges that Harris is saying that centrism should be abandoned in favor of radical change. His theme was "The political establishment loves the center. But it’s the radicals who end up writing history." He also wrote "Fundamental societal change comes from people burning with grievances, obsessed with remedies, ready to demolish old power arrangements to achieve their ends."

Instead, he complains that somehow a "centrist" bias helps the "extreme right," since from his perspective, socialism isn't extreme:

Here one of the nation’s preeminent political journalists is admitting that he and other members of his class adhere to a rather cynical ideology—the ideology of finding the midway point between a normal party with normal policies and proposals and an intellectually bankrupt tribe of troglodytes that gets crazier and more morally repugnant by the day. The problem, in the view of Harris, is that pesky “activists” (which is really just another word for “voters”) get in the way. Candidates like Warren and Bernie Sanders suffer in this environment because their ideas are out of step with the D.C. consensus. They are automatically categorized as “extreme,” their ideas “unworkable,” all because they reject the midway-point mode of governance, which only ends up favoring the actual extremists on the right.

Anyone who studied the media's coverage of Obamacare during the last presidency would not find the media anywhere near "a midway point." They lionized President Obama and sold his socialized-medicine program. The socialists can be angry that the debate between Democrats -- especially during a primary -- is going to be hashed out in the media. Once conservatives or President Trump start attacking, the defensive instincts of those so-called centrist journalists will be on display.