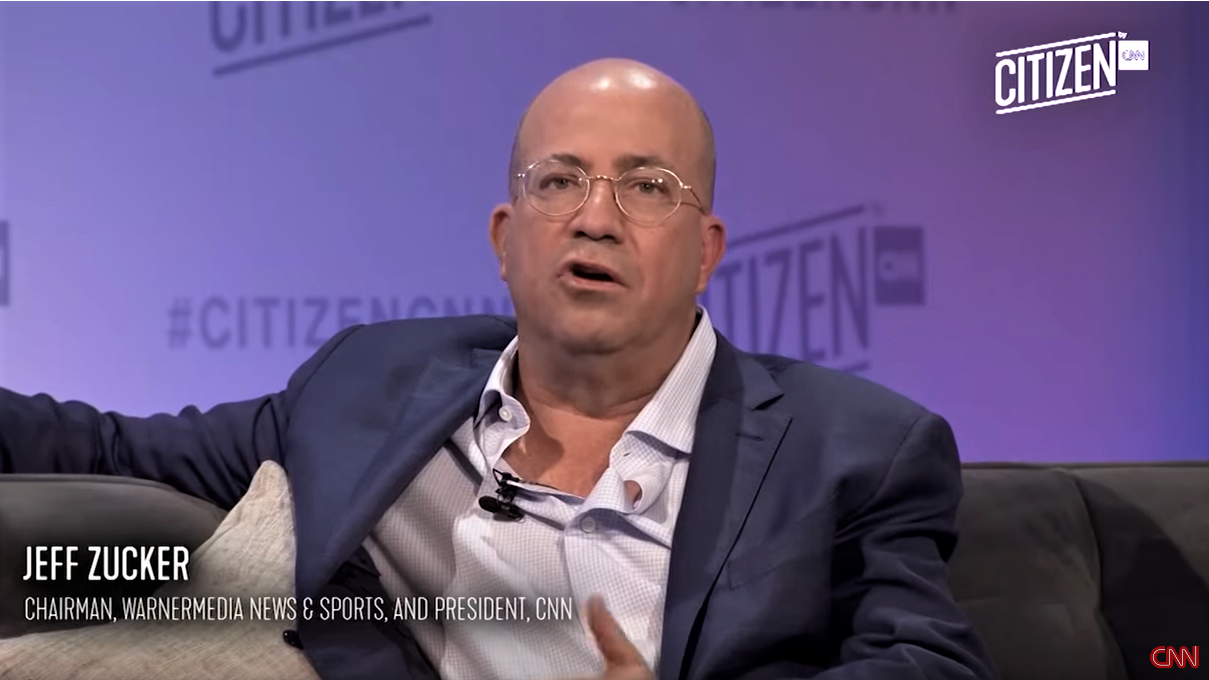 Before it completely vanishes from public consciousness, we'd like to add one take to Brian Stelter's interview with his boss Jeff Zucker at the Citizen by CNN conference. It did sound a lot like McDonald's communications director asking the CEO how awesome the food is. David Marcus at The Federalist had a strong opinion:

By the end of the half hour, I can honestly say I had experienced the smarmiest, most self-congratulatory, dishonest, and squirm-inducing discussion I have ever had the displeasure of witnessing in person. It was like watching Bill Clinton and Stormy Daniels discuss their unyielding dedication to chastity.

That's especially fun since CNN was addicted to covering Stormy and her then-attorney Michael Avenatti.

In his e-mail newsletter, Stelter happily linked to a Washington Examiner column recounting Zucker telling him he was far too generous to Fox News, another squirmy moment:

While discussing former Fox News anchor Shepard Smith's departure and what it meant for the network, Stelter stated, "They say they have dozens of great journalists."

He went on to call Fox News "state-run TV," and argued that the conservative-leaning network has "morphed into conspiracy TV."

"You often say that there's this difference between their prime-time shows and the news side, there is no difference and I think that I don't see it that way. I know that you report it that way a lot, I think you're wrong," Zucker added.

Marcus mocked the Stelter's aw-shucks-boss interview for the lack of any real challenge:

Asked what he thought was the biggest thing CNN does wrong, Zucker had no answer. When Stelter provided one, namely that they use the term “Breaking News,” too often, he begrudgingly agreed, but basically sloughed it off as something everyone does. That is how blameless he envisions the product he creates....

One question that Stelter — CNN’s media critic, mind you — did not ask the guy who signs his paycheck is what if anything he knew about the accusations of sexual assault among NBC employees while Zucker was a top executive there. That seemed kind of an odd thing for Stelter to leave out, given that he had a reliable source on the story right next to him.

Instead, Stelter offered fill-in-the-blank questions: "Wrapping up, the future of CNN is -- blank.How do you fill in? The future of CNN is?" Zucker shot back: "Really strong." He added: ""It's really important, I think, to the world that CNN be strong. And that's what I'm really proud of."

Let's try a few questions that would have been more interesting: